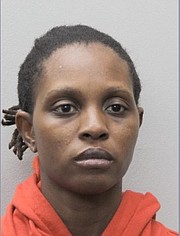 On Tuesday, April 9, 2019, Herndon Police arrested Stephanie Fyfe, 29, of Herndon, for murder. On April 5, 2019, at approximately 1 a.m., Herndon Police officers responded to the 600-block of Clearwater Court for a report of an unresponsive male victim with a stab wound to his chest. The victim, David Puryear, 45, of Clinton, Md., was transported to Reston Hospital where he was pronounced dead. The victim and the suspect were known to each other, according to police.

Anyone with information regarding this incident should contact Detective Miranda at 703-435-6843.