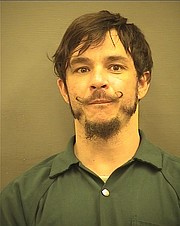 A jury convicted Robert Vaughn, a 34-year old Alexandria resident, of three charges relating to an assault and battery of a law enforcement officer in which the defendant directed numerous racial slurs at a police officer attempting to arrest him.

Vaughn was convicted on Aug. 19 of three counts: Assault and Battery of a Law Enforcement Officer, Assault and Battery on the Basis of Race, Religious Conviction, Color or National Origin, and Petit Larceny. The matter was prosecuted by Senior Assistant Commonwealth's Attorney Patrick O’Brien.

After reaching its verdict, the jury reconvened and recommended that Vaughn serve the following sentence:

In aggregate, the jury recommended a sentence of 2 years of incarceration.

Under Virginia law, a jury is allowed to recommend a sentence to the presiding judge. However, the judge maintains the ultimate responsibility for sentencing the defendant. The judge will pronounce sentence at a hearing that is currently scheduled for Oct. 17. At this hearing, the judge will hear evidence and argument from the parties and may either accept or reduce the jury’s recommended sentence. The judge is not empowered to increase the sentence.

Evidence at the trial established that Vaughn entered a local convenience store, consumed a number of food items and then fell asleep. Officers arrived and woke Vaughn. Officers asked Vaughn to pay for the items he consumed, but he refused. Vaughn became belligerent and began uttering racial slurs. He specifically targeted and directed his vitriol towards a police officer because of the officer’s race.

Vaughn was placed under arrest for petit larceny and public intoxication. Vaughn was put into a police cruiser for transport. Vaughn then laid flat on his back and twice kicked the officer in the chest while shouting a racial slur. Vaughn repeatedly threatened to violently assault the officer. Vaughn was previously convicted of a separate assault on an Alexandria police officer on Nov. 16, 2017.

He is incarcerated in the William G. Truesdale Alexandria Adult Detention Center pending the sentencing hearing.