The Other Alexandria: Life and Times of the Livery Man
Votes

The Other Alexandria: Life and Times of the Livery Man

The story of Moses Stevens. 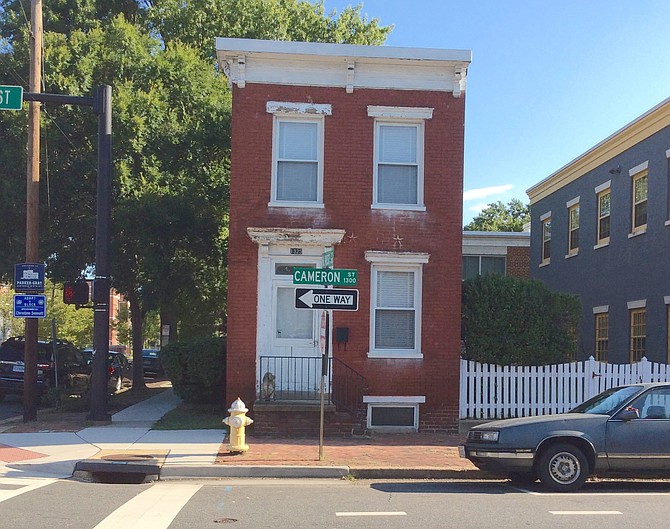 It was not long ago when the City of Alexandria was a horse and buggy town, where carriage houses, horse stables and livery barns where scattered throughout the city. One particular place in Alexandria that was known for housing horses and providing transportation by using carriages, wagons, horses and buggies and making deliveries to their customers was Moses Stevens’ livery business on Cameron and West Street.

Moses migrated during the Civil War from Orange County, Va. to Alexandria. In 1865, he worked for the railroad as a laborer.

By 1868 Moses had switched professions from laborer to driving wagons and carriages transporting people and their personal items.

In the 1890s, he had a “Deed of Trust” with Thomas J. Fannon and J. K. M. Norton, Trustees of the Mercantile-Railway Building and Loan Association of Alexandria, Va. on property at North West and Cameron Streets, where he ran his livery business. He transported his clients who came to Alexandria by boat with his horse-driven carriages or wagons. He also picked up clients from the hotels with his carriages. Moses started climbing up in status in his community. He became a trustee of the new Mt. Jezreel’s Baptist Church in 1890, and he added a home telephone instrument in his livery stable at 1325 Cameron St. in 1897.

In 1908, Moses experienced a series of troubling events. He and several colleagues had a fall out with Mt. Jezreel’s Baptist Church that resulted in their dismissal and prevented them from becoming trustees and members of the church. Difficult times continued when Moses’ wife died in 1917. Another serious blow came in 1919, when fire destroyed the properties of Moses and his neighbor, Henry Smith, Sr., at 4:45 a.m. on Cameron, Payne, Queen and North West streets. Some of the stables and horses including back buildings of several houses located on the east side of North West Street between Cameron and Queen streets were burned in that fire.

As the year 1920 rolled in, Moses sold the property that he had on the south side of Princess between Fayette and Payne streets to recover his financial losses of the 1919 fire. Also that year, Moses met a widow, Carrie Pierce Jones, and married her. She and her three children moved into his house.

One year prior to Moses’ death, he petitioned the city to build six garages in the rear of his properties at 205, 207 and 209 North West Street. The city granted Moses his request with a stipulation that brick walls be placed between each of the buildings.

Moses Stevens married his first wife, Charlotte Hedgeman at Third Baptist Church in Alexandria on Dec. 6, 1877. They had one son, William Henry Stevens. After the death of Charlotte, Moses married again in 1920 to Carrie. For those few years of marriage with Carrie, Moses’ life was complete until death claimed him on Sept. 17, 1923. His only child, William Henry Stevens, was married to Dora Payne. They did not have any children. William died on July 4, 1942.

Moses was a progressive man who was always trying to make a better life for himself and his family. He was born during a difficult period for Colored people in 1843, but he was determined to succeed.

Several of Carrie’s children and grandchildren had lived in Moses’ house over the years, including Thomas Harold Lee and Juanita Lee. Today, Moses’ step-granddaughter, Sharon, lives in the house that Moses built. Since the late 19th Century until now, the family has always been in the “Livery Man’s house.”