How to Talk About Vaping
Votes

How to Talk About Vaping

Approaching conversation about dangers of e-cigarettes. 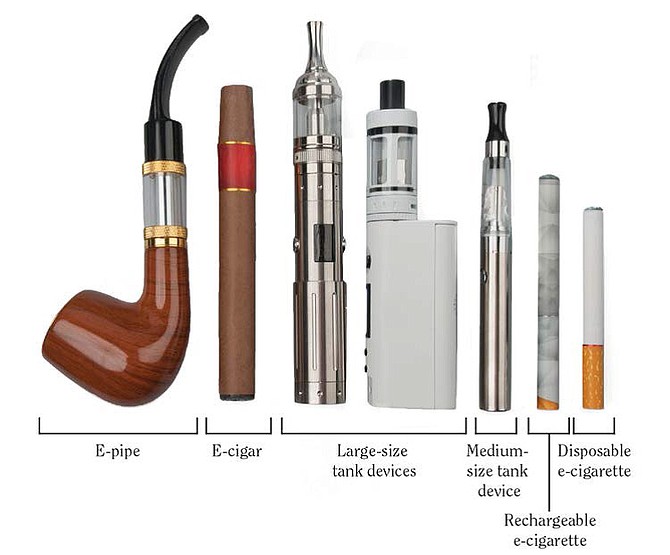 E-cigarettes come in a variety of forms. Image Courtesy of Partnership for Drug-Free Kids

“You also want you to give your child a way to get out of a risky social situation without feeling embarrassed.” —Joyce McCarry, M.A.

Jessica DeBoer’s 13-year-old son just returned to school after a six-day suspension because he was caught vaping in the boys bathroom of his elite private school. Until she received a call from one of the school’s administrators, DeBoer was not familiar with the practice and never dreamed her son would partake in it.

“Now I feel like I might have been naive considering how widespread it seems to be,” she said. “My son told me that many of the kids in his school have tried vaping and some even do it regularly.”

Vaping is the use of e-cigarettes to inhale and exhale an aerosol, often referred to as vapor, which is produced by an e-cigarette or similar device. The term is used because e-cigarettes produce an aerosol that consists of fine particles, many of which contain varying amounts of toxic chemicals.

For parents like Deboer, keeping the line of communication open is a key weapon in keeping kids away from e-cigarettes, says therapist Lisa Baguio, LCSW. “Before talking with your teen about vaping, or any sensitive issue for that matter, educate yourself and make sure you know what you’re talking about,” she said. “Kids know more than we give them credit for. Be prepared with unrefutable facts and scientific evidence because you can guarantee yourself that your kids will have their own set of facts, which are often false.”

Once you have those facts, be prepared to share them during a conversation with your teen. “It’s important that parents are open and honest with their children,” said child psychologist Laurie Jones, Psy.D. “You first have to tell them your expectations. For example, ‘In our family, we have zero tolerance for e-cigarette or tobacco use of any kind.’ You then should explain the dangers and risks involved and make sure that your teen knows that this is not your just opinion, but proven hazards.”

A teen might be less likely to engage in vaping if they can connect it to negative consequences that affect them personally, advised marriage and family counselor Joyce McCarry, M.A. ”One thing that teens value is their image among their peer group,” she said. “If vaping a substance causes bad breath, that will deter a teen from using it. If getting caught vaping means that they are kicked off a sports team, that will be a deterrent.”

A parent’s best tactic is creating an environment where one’s teen feels comfortable sharing information about vaping and working with them collaboratively to find ways to avoid it, says McCarry. “You want your child to let you know if they’re vaping or have friends who are doing it,” she said. “You can also let them know that if they’re ever in a situation where they’re being offered an e-cigarette, real cigarettes or drugs or anything dangerous, that they can call you and you will pick them up immediately with no questions asked.”

“You also want you to give your child a way to get out of a risky social situation without feeling embarrassed,” continued McCarry. “I have a patient whose parents tell him to text them a numerical code whenever he’s in a precarious situation with friends. The parents know to call his cell phone and tell him that there’s a family emergency and he needs to come home right away. This gives the child an excuse to leave without feeling embarrassed or like he’ll be ridiculed for not engaging in risky behavior.”