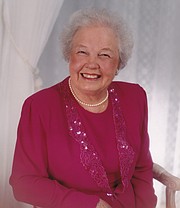 When Clarene Vickery moved from the District of Columbia to Vienna in 1951, Virginia had no public kindergarten and very little attention was given to early childhood education. Learning of her experience in teaching preschoolers at the Naylor Gardens Cooperative in the District, mothers in her new neighborhood approached her about starting a kindergarten in Vienna. The result was the founding of Parkwood School. Sixty-four years later, more than ten thousand children have attended during the ages three to five, and Mrs. Vickery has contributed to early childhood education throughout the Commonwealth.

Mrs. Vickery was a founder of the Virginia Association for Early Childhood Education and an active member of the National Association for the Education of Young Children. She served on the Executive Board of the VAECE for forty-five years and held several leadership positions during that period. For her efforts, she was honored with a Lifetime Achievement Award from the Virginia Association for Early Childhood Education. In 2017, she was recognized by the Fairfax County Health Department for her “more than six decades of promoting the health and well-being of young children.” Upon her 100th birthday, the Virginia General Assembly and Town of Vienna presented her with resolutions honoring her achievements and they were noted in the Congressional Record.

Mrs. Vickery claimed, in her words, "only the distinction of having served and loved children."

In addition to her work as an educator, Mrs. Vickery was active in her church and community. She was a founding member of Providence Baptist Church in Tysons Corner, and a 65-year member of Vienna Baptist Church, where she taught Sunday School and held other positions. She was the Greater Vienna Chamber of Commerce Business Person of the Year in 1987, she received recognition for her support of the 100th anniversary of the Town of Vienna in 1990, was President and Honorary Lifetime Member of the Ayr Hill Garden Club in Vienna, and Grand Marshal of the Vienna Halloween Parade in 2006,

Born May 22, 1918, on a farm near Collins, Miss., she was married to the late Lt. Colonel Raymond E. Vickery Sr. As a member of the "Greatest Generation," she supported him and their family while he fought in the European Theater and served in the military in Germany. She was the mother of four sons: Raymond, Jr. (former Member of the General Assembly and U.S. Assistant Secretary of Commerce), Donald (medical doctor and wellness author), Kenneth (Professor at North Carolina State University), and Steven (screenwriter). She is survived by seven grandchildren and four great grandchildren

Interment will be in Arlington National Cemetery with her husband. Donations in memorial may be made to the Virginia Association for Early Childhood Education http://www.vaaeyc.org/index.html