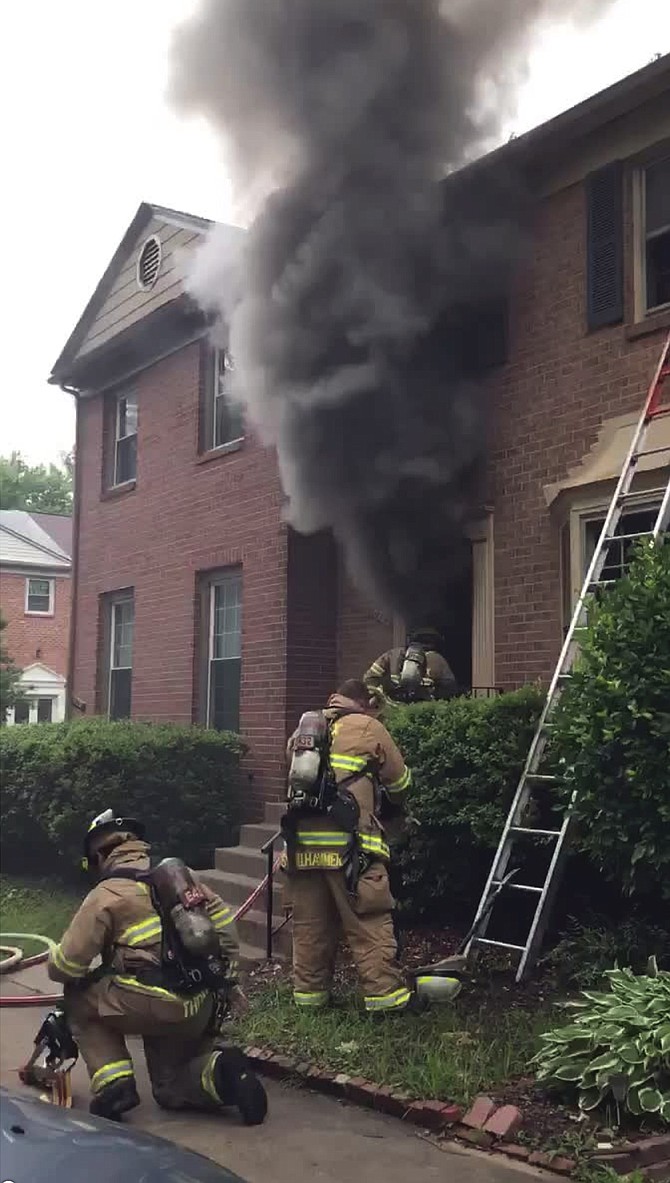 Fire Investigators determined that the fire was accidental in nature and started in the kitchen on the first floor. Photo courtesy of Fairfax County Fire & Rescue Department

On Wednesday, June 5 at approximately 10:30 a.m., units from Fairfax County Fire and Rescue and the City of Fairfax Fire Department responded to a reported house fire in the 10200 block of Braddock Road in the Fairfax area of Fairfax County.

Units arrived on scene of a middle-unit townhouse to find smoke showing and a large volume of fire in the rear kitchen area. Crews were able to quickly extinguish the fire. There were no civilian injuries. One firefighter from the City of Fairfax Fire Department sustained a minor injury. He was transported to an area hospital for treatment.

No one was home at the time of the fire. Five adults were in the final stages of moving in, but had not begun to occupy the townhouse.

Fire Investigators determined that the fire was accidental in nature and started in the kitchen on the first floor. The fire was caused when combustible items left on the electric range ignited after electrical service was restored to the structure by the power company.

No occupants have been formally displaced and Red Cross services are not applicable. Damages as a result of the fire were approximately $118,750.