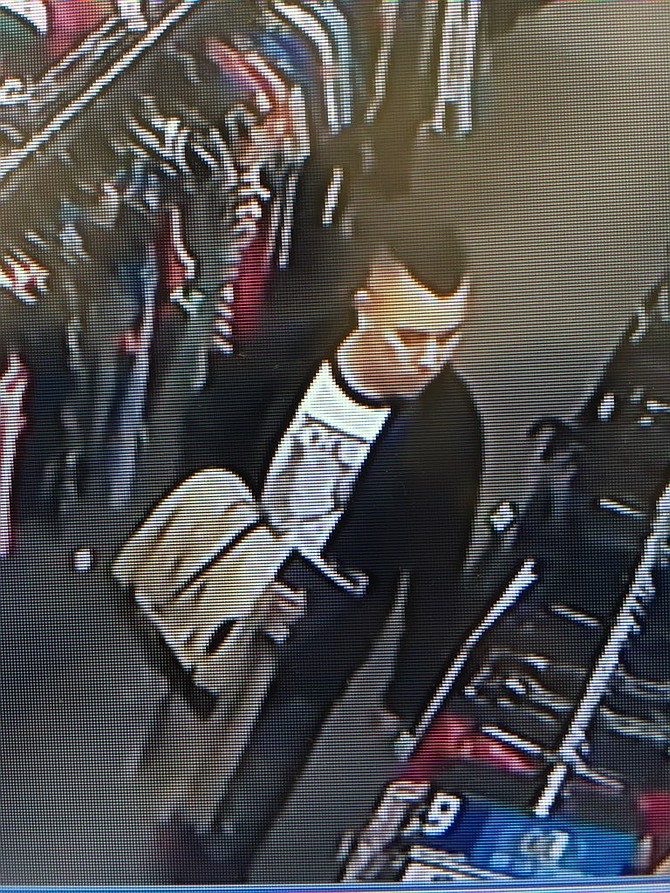 Police seek the public’s help in identifying this man.

Mount Vernon District Police are asking for the public’s help in identifying a man who showed a sexually explicit video to a teenager Sunday, March 17.

Officers were called to the Goodwill at 6220 Richmond Highway around 5:45 p.m. for a report of a man who had been following a teen throughout the store. The man, who only spoke in Spanish, asked for help in deleting something from his phone and showed the teen a sexually explicit video. Surveillance video confirmed the suspect followed the teen throughout the store before approaching her.

The suspect is described as a Hispanic man, about 5’7”, thin build with the sides of his head shaved and short hair on top, wearing a dark blue jacket with a white T-shirt underneath.

Anyone who has information about this case or suspect information is asked to contact the Mount Vernon District Station at 703-360-8400. Tips can also be submitted anonymously through Crime Solvers by visiting www.fairfaxcrimesolvers.org, or calling 1-866-411-TIPS (8477). They can also be sent in by texting “TIP187” plus the message to CRIMES (274637). Text STOP to 274637 to cancel, or HELP to 274637 for help. Anonymous tipsters are eligible for cash rewards of $100 to $1,000 if their information leads to an arrest.