People and their pets fill the Grist Mill Park. 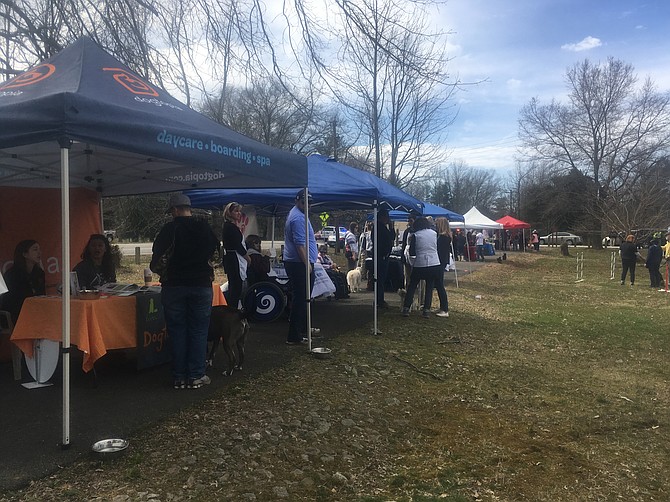 The Ides of Bark attracted dogs of all kinds. Photo by Mike Salmon.

Carrying on a tradition of the previous county supervisor, Dan Storck (D-Mount Vernon) hosted a dog play date for area pet owners under the theme

Years ago, this event started with Supervisor Gerry Hyland, and “it grew from there,” said Shirley Short, a retired firefighter and volunteer at the Mount Vernon Supervisor office. This was the fourth year they’ve held the Ides of Bark, a play on words from the Roman days and the Ides of March. In 44

Dogs were checking out other dogs at the festivities in Grist Mill Park.

BC, the Ides of March became notorious as the date of the assassination of Julius Caesar and a turning point in Roman history.

There were a few fire trucks, 13 tents with vendors from the pet care arena, McGruff the Crime Dog and dogs of all shapes and sizes. In addition, there were demonstrations by the Fairfax County Police Canine Unit, and milkshakes from “1000 Shakes,” a food truck business manned by Vince Sturniolo.