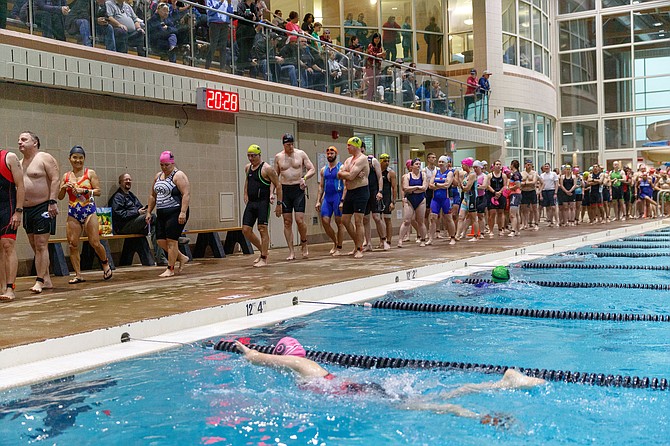 Athletes are lined up waiting to start the 2019 Westfields Triathlon. Photo by Tom Manning/The Connection 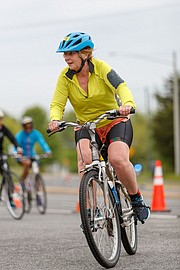 Susan Gates from Vienna rounds the final corner to finish up the bike leg.

The sixth annual Westfields Triathlon took place on April 28 at the Cub Run RECenter in Chantilly. The event was hosted by the Westfields Business Owners Association and put on by Revolution3 Triathlon. The sprint distances included a 250 yard pool swim, a 12 mile bike ride, and a 3.1 mile run. There were also two shorter “Splash & Dash” swimming and running distances for the kids. The Westfields Triathlon kicked off the triathlon season in the D.C. Metro area. This year’s race beneficiaries are Girls on the Run of Northern Virginia, Second Story Youth Services and Safe Shelter, and 911 Promise Run.