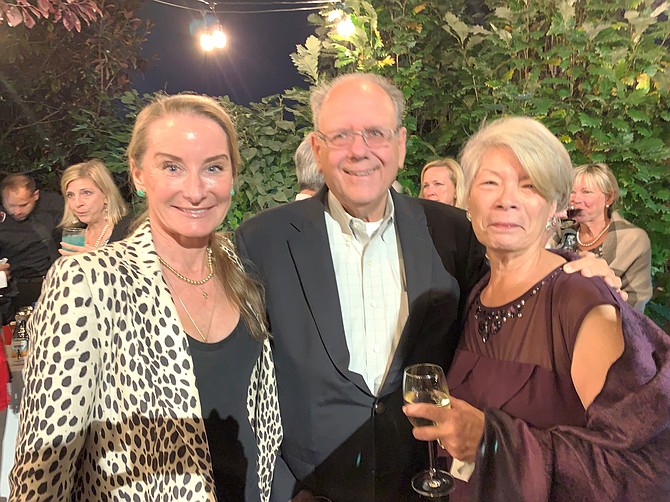 Brooke Sydnor Curran, left, with Lonnie Rich and Ginny Hines, celebrates at the Mile Marker 10 celebration of the RunningBrooke nonprofit’s 10th anniversary Oct. 19 at the home of Chris and Brooke Curran. Photo by Janet Barnett/Gazette Packet

Barely 18 months after life-threatening surgery to remove a brain tumor, Brooke Sydnor Curran opened her home Oct. 19 to host the Mile Marker 10 evening under the stars, celebrating the 10-year anniversary of the RunningBrooke nonprofit.

In 2015, RunningBrooke expanded, renovating and building playgrounds in underserved schools and neighborhoods. RunningBrooke achieved its own nonprofit status in 2016.

Curran serves as CEO of the organization, which has again expanded to include funding for movement-related nonprofit programs and building community playgrounds, to adding Move2Learn programs in ACPS schools. Since its inception, RunningBrooke has invested $1.5 million back into the community through various city-wide projects.