Appetite: Lift a Glass at the Cider Festival in Alexandria This Weekend
Votes

Appetite: Lift a Glass at the Cider Festival in Alexandria This Weekend 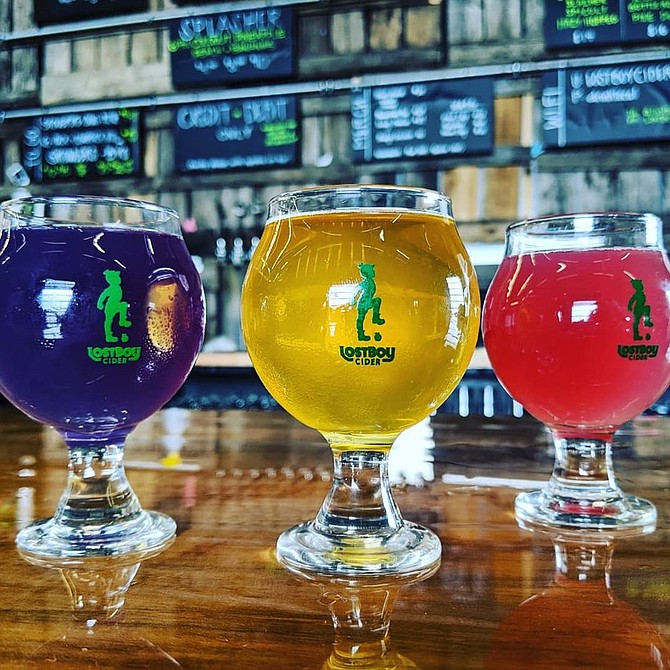 Cider from Lost Boy in Alexandria.

Once an innocent bystander in the craft-beer wars, hard cider has become a mainstay on the popularity circuit in its own right. And for the fifth year in a row, Historic Alexandria is toasting the beverage with the Alexandria Cider Festival, celebrating both the history and the future of cider. The festivities will take place in a weather-protected tent outside the Lloyd House on Nov. 23 from 1-5 p.m.

“Cider has been around for a long time in Virginia. This is part of a long tradition,” said Historic Alexandria’s Dan Lee.

Though apples aren’t native to Virginia, native crabapples were bred with apples from Europe through the 18th and 19th centuries. Naturally, once the fruit’s fermentation properties became known, drinkers lapped it up.

“For a while, cider was a favorite alcoholic beverage, favorite fermented drink, of Alexandria,” Lee said.

Though beer eventually subsumed cider’s popularity in America, now cider has had a resurgence. No longer do drinkers have just a sugary-sweet option for fruity alcoholic beverages; now, they’ve got a plethora of more savory options to round out the cider spectrum.

“There’s this Renaissance of using these apples that we don’t like to eat to make cider,” Lee chuckled.

At this weekend’s festival, 10 different cideries will be offering their wares for tasting. Alexandria’s Lost Boy Cider will have the shortest commute; Albemarle Cider Works from North Garden and Blue Bee in Richmond will celebrate their status as cideries that have been part of the festival since Year One. And don’t expect to leave the festivities peckish; Mount Vernon’s food truck, Executive Orders, will pull around to offer up some festive lunch fare for the occasion.

Festival-goers will bring home a tasting glass, listen to live music on site and taste the nearly dozen ciders from around the Commonwealth.

“They also have the option of having a cider talk in which they’re given more information about particular ciders and the history of cider as well,” Lee said.

And while reveling in the city’s history with cider, attendees can take comfort in the fact that they’re not alone. Alexandria’s sister city, Caen, France, has a robust cider tradition, too.

That’s a fact you can lift a glass to.