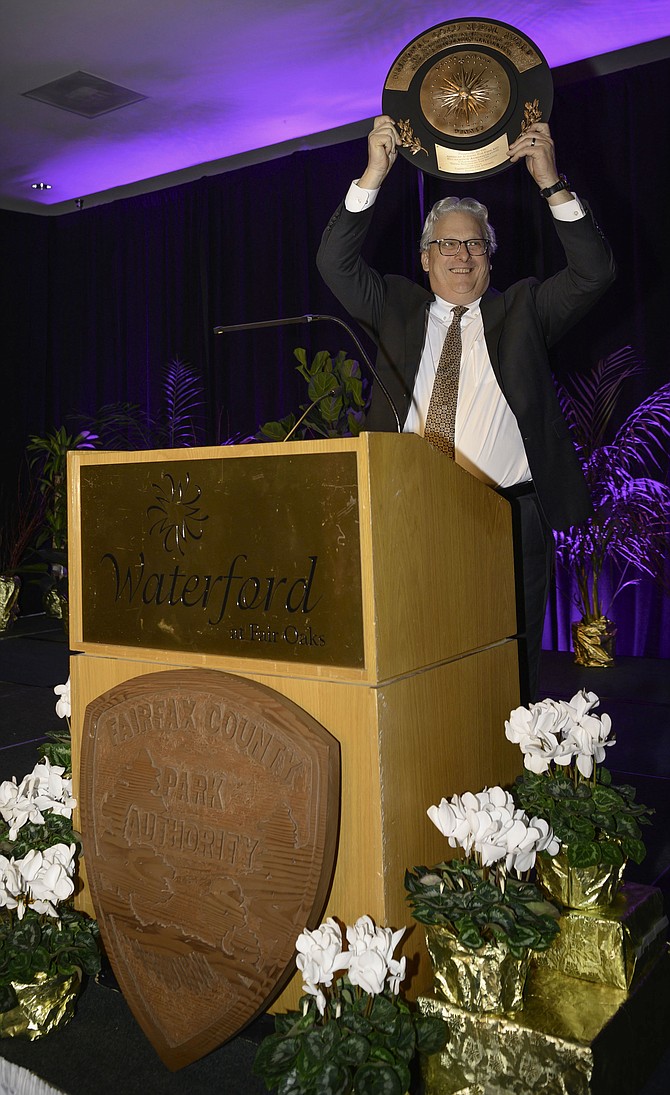 Park Authority Executive Director Kirk Kincannon praised the work of the agency’s thousands of volunteers who provided more than 180,000 hours of service in the past fiscal year, noting how important their work was and how it sustains the award-winning park system. Kincannon spoke to 300 volunteers, award winners and officials at the Waterford in Fair Oaks as part of the annual celebration. The Elly Doyle Park Services Award program encompassed all awards provided by the Fairfax County Park Authority Board recognizing volunteer service, and the Eakin Awards presented by the Fairfax County Park Foundation Board. Presenters included Supervisors John Foust and Cathy Hudgins, as well as Congressman Gerry Connolly.

The 2019 awards recipients include: