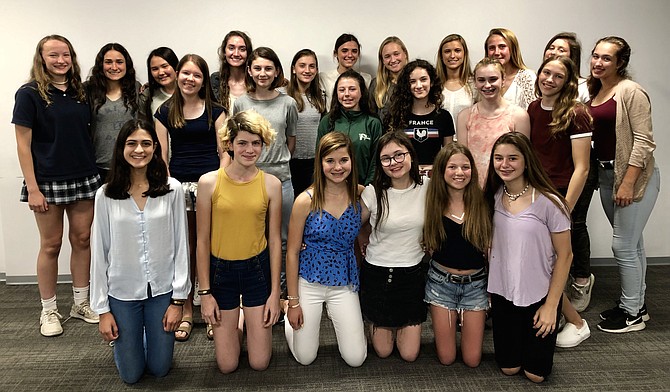 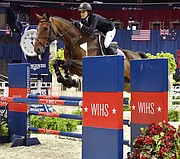 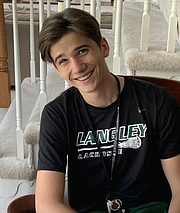 Kendall Schuler, 15, of Great Falls attends Connelly School of the Holy Child in Potomac, and was selected to serve on the 2019 Washington International Horse Show Junior Committee presented by Signature Academics. The show is Oct 22-27; see www.wihs.com. 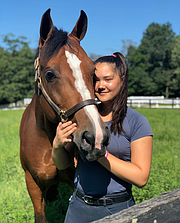 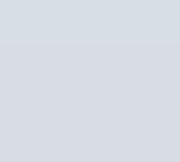 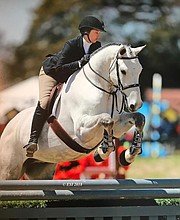 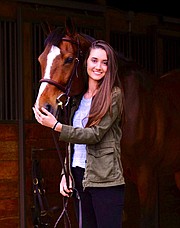 Erin Gill is the Youth Ambassador for the 2019 Washington International Horse Show. She is 17, from Reston and attends South Lakes High School. The show is Oct 22-27; see www.wihs.com.

The Washington International Horse Show, which will present its 61st event at Capital One Arena October 22-27, announced that Erin Gill of Reston has been selected as the 2019 Youth Ambassador. WIHS also welcomes 37 local teens attending schools in Virginia, Maryland, and D.C. to serve on the 2019 WIHS Junior Committee presented by Signature Academics.

"The WIHS Junior Committee & Youth Ambassador Program represents the heart of the show," said WIHS President Vicki Lowell. "These motivated teens are passionate about horse sports, and that's what brings them to us, but they're also great students and actively involved in giving back to the local community. We appreciate their creativity and teamwork in helping make WIHS such an exciting and special event every year."

Working alongside WIHS staff, the Junior Committee members participate in show planning and brainstorming, “meeting every month up until the show to help with themes for Kids’ Day, Barn Night, and for merchandise,” says Gill.

Gill, who first joined in the Junior Committee in 2016, details the value this passionate and motivated group of equestrians brings to each year’s WIHS. “We contribute to the show happening. We run Kids’ Day, making sure that all the kids are going in the right direction,” she says. “We run all the booths for them: pony rides booth, the cupcake stand from Georgetown Cupcakes.”

The WIHS Junior Committee “is a lot of fun and a great way to meet new people,” says Gill. “People who are at horse shows can sometimes be a little intimidating,” she says, noting that many of the individuals there are going to be her competitors in the ring, “but the Junior Committee really brings us all together.

“We’re a team, and we have to work together to achieve this common goal that is the horse show. It makes us all closer. We’re a really nice family.”

Gill’s love of horses began at a very young age. She first sat on a horse in Ireland when she was two years old, “and I haven’t turned back since,” she says. “I started riding at Stoneridge Farm in Great Falls, Va., when I was four. I rode and showed various horses and ponies until I was in the sixth grade.”

“Since then, I have been showing at both the local and A-circuit levels in the Children’s Hunters, Junior Hunters, Thoroughbred Hunters, and various other divisions.”

Gill brings a thoughtful maturity of purpose and perspective to both her riding and scholastic lives. She is especially astute in detailing the rider’s responsibility to be in an appropriate mindset while riding. “You need to make yourself accountable for how you feel, because if you feel sad, your horse will pick up on it. And if you deny it, it’ll only get worse. It helps you to realize your emotions: ‘Well, maybe I am feeling this way,’ which is helpful in riding because then you can work towards fixing it, and making the relationship with your horse even better, so that you can perform better.”

This discipline “helps in a lot of other ways in daily life. With assignments in school, or with anything you want to do,” she says. “It’s practice, to put yourself in the right mindset for other things in your life.”

Supporting the Youth Ambassador and Junior Committee in their academic pursuits is Signature Academics. “We are delighted to return for the third year as sponsor of the WIHS Junior Committee,” said Wendy Salomon, Executive Director of Signature Academics, a provider of educational services for student athletes, including one-to-one fully accredited school in Wellington, Fla.

Since 2014, Salomon, an avid equestrian herself, and her Signature team have been teaching equestrian student-athletes year-round in Wellington, seasonally in Ocala, Fla., and at major national horse shows, including Washington. “We specialize in supporting equestrian student-athletes who place a high value on education,” says Salomon. “Our goal is to provide peace of mind to students and families that academic achievement remains the number one priority, even in the face of non-stop training, traveling, and competition.”

About the Washington International Horse Show

Established in 1958, the Washington International Horse Show is one of North America's most prestigious equestrian events attracting more than 26,000 spectators annually to Washington, D.C., for Olympic-level competition plus community and charity events. More than 500 top horses and riders arrive from all over the globe to jump for more than a half a million dollars in prize money.