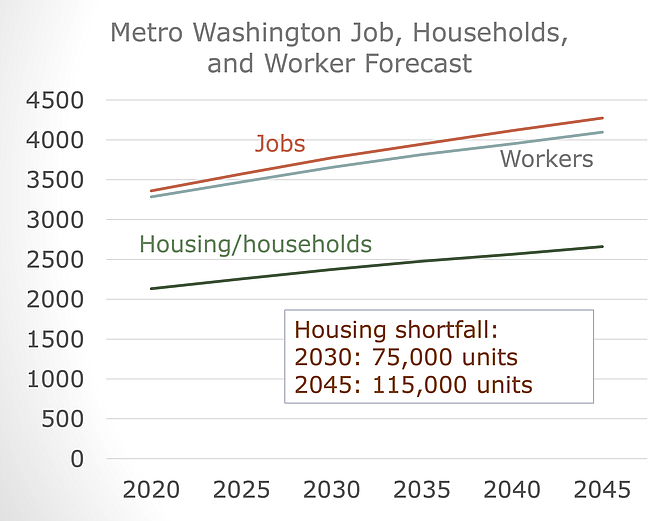 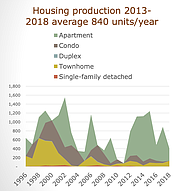 The number of jobs in the region is on the rise, a trend that will only be exacerbated when Amazon brings 25,000 new jobs to town. Meanwhile, unemployment in Alexandria is at about 2 percent, so low that it’s essentially full employment. That imbalance in Northern Virginia reflects state and national trends; a recent report from the U.S. Department of Labor showed 7.4 million job openings, but only 6 million people looking for work.

“That’s just not something that happens,” said John Provo, director of economic development at Virginia Tech. "We’re really at a place where nearly every industry now has a labor shortage, and employers are having a harder time filling blue-collar jobs.”

Housing production here in Alexandria hasn’t kept pace with the spiraling job market, leading to a shortfall that could end up sending prices out of control. In the last five years, Alexandria added about 800 units a year. At that rate, the city would add 8,000 units over the next decade. Now that Amazon has reshuffled the deck, city officials say Alexandria will need about 11,000 new units to keep up with all the jobs flooding into the city.

Wages here in Alexandria haven’t been keeping pace with housing growth. Since 2000, income in Alexandria has grown by 46 percent. But the cost of rental housing has gone up 120 percent, and the cost of buying a home has gone up 191 percent. Add on top of that the crush of new high-wage high-tech jobs from Amazon, and the numbers over the next decade might be just as staggering if not more so.

“Everything I have seen about the job growth associated with HQ2 and Tech indicates that a substantial number of committed units at affordable and workforce levels will be needed,” explains Housing Director Helen McIlvaine.