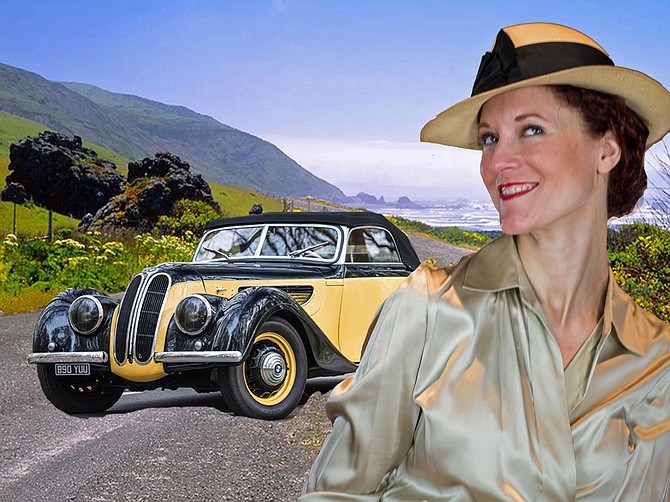 A theatrical murder mystery for these pre-Halloween nights is what the Providence Players have in store for audiences. The Players will open its new mainstage theater season with Agatha Christie’s “And Then There Were None.”

Christie is the best-selling novelist of all time. Her books have sold more than a billion copies.

Producing Christie’s “And Then There Were None” was an easy decision. The play, as adapted by Christie herself, is about ten strangers, apparently with little in common, who have been lured to an island mansion by a mysterious couple. Over dinner, a record begins to play, and the voice of an unseen host accuses each person of hiding a guilty secret. That evening, one of the guests is found murdered by a deadly dose of cyanide. Tension begin to escalate over the murder of one of the ten strangers. Will the killer strike again?

Tina Thronson directs “And Then There Were None” for the Providence Players. “I am a fan of murder mysteries and Agatha Christie is at the top of her game in this one. Ten people trapped on an isolated island with a murderer on the loose – you can’t beat it.”

Making directorial choices, Thronson switched “the genders of several characters” and still they “are from different walks of life, and different ages.

“The action moves forward at a tight clip,” noted Thronson. Audiences can expect “a superlative cast, a gorgeous set and costumes, and terrific technical touches.”

“With such a dark premise, I wanted to create as much contrast as possible with the locale and the ensuing mayhem. So, although the play still takes place just before the start of World War II, it is no longer placed off the dreary Devon coast. It will take place off the coast of Santa Barbara,” said Thronson. “Such a lovely locale cannot possible be the scene of a crime…can it?”

“This is Agatha Christie at her best,” said David Whitehead, Providence Players Board member. “This is ‘right up our alley,’ as they say. A complex, ensemble production with high production values and a seasoned and talented director and cast. You won’t want to miss this show.”