It’s a Wild Day in the Neighborhood in Alexandria
Votes

It’s a Wild Day in the Neighborhood in Alexandria

Forming lasting relationships with all our wild neighbors. 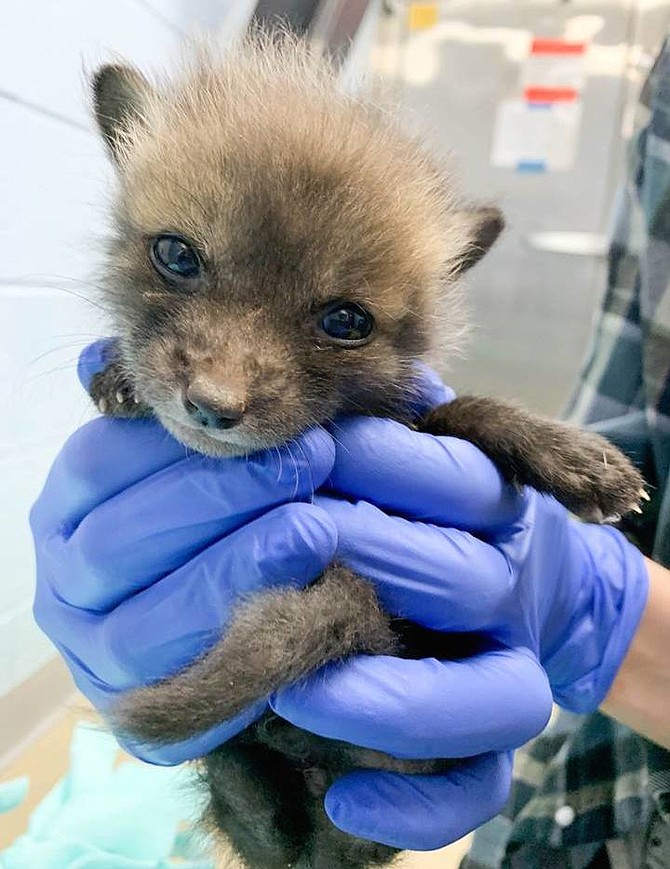 A baby fox, assisted by AWLA Animal Services. Wildlife are a key part of the ecosystem of Alexandria. Photo courtesy of Animal Welfare League of Alexandria

By Animal Welfare League of Alexandria 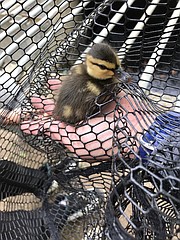 Few people complain that they don’t have enough mosquitoes, mice, rats, ticks or lice in their backyards. Fewer still complain about not enough dead fish on the shorelines. But local animal protection officials often receive complaints about the very beings who help to keep these populations under control.

If you’re looking for someone to thank for the lack of mosquitoes, mice, dead fish, rats, ticks and lice, you can start by appreciating the work of opossums, bats, raccoons, fox, skunks, owls, snakes and even coyotes. All of these animals co-exist with the human residents of the City of Alexandria and, for the most part, make it a more comfortable and cleaner city in which to live and play.

Yet every week the Animal Welfare League of Alexandria (AWLA) receives phone calls and emails from concerned Alexandrians who spot a fox or an opossum in their backyard or trotting down the sidewalk.

“We probably get dozens of wildlife calls a week,” says Officer Megan Boyd of the AWLA. “Most of these are from residents concerned that a raccoon or a fox seen during the day is a warning sign. It isn’t. All kinds of wildlife in the City of Alexandria may be seen at all hours.”

Unless the wild animal is injured or behaving erratically, the response of the AWLA is to assure callers that these animals are just doing their job in helping to maintain a balance in our urban landscape.

“These animals are an important part of the ecosystem,” says Boyd. “They eat insects, mosquitoes, ticks…even the bodies of other deceased wildlife; they clean up our environment in tangible ways.”

For example, one opossum may eat as many as 5,000 ticks during one season. This helps to diminish the population of these Lyme disease-spreading insects to humans and other mammals. These opossums present no threat to humans, are extremely unlikely to carry the rabies virus and are not destructive to property; in many ways, they are the perfect neighbor.

If the animal is located in an inaccessible part of a person’s house, the recommendation will be to contact a local humane wildlife removal service. It’s important to be sure that a company offers humane removal services, meaning that they try to relocate the animal in the same neighborhood in which it was found. They can also help the homeowner keep animals from re-entering the home by patching holes or barricading entrance points. Removal specialists not certified as humane may simply remove and destroy the animal and not address entry points or whether other animals are still trapped in the home.

In the meantime, the wildlife that co-exists with us in the City of Alexandria pose little threat. “We get hundreds of dog and cat bite complaints a year,” says Officer Boyd, “but we have not received a complaint about a wild animal attacking a human in years.”

Yet these wild animals are all around us. “Alexandria residents can hike, jog and bike through our green areas and never see the wildlife all around them,” says Stella Hanly, Chief Operating Officer of the AWLA. “And they stay out of our way. They are happy living among us, but they don’t want to be in contact with us. They don’t want to disturb your dog or interrupt your picnic. But in a day and age when so many wild animals have been pushed out of their habitat, isn’t it wonderful that we can still see deer and raccoons in the green spaces of Alexandria? We should realize what a privilege it is to live harmoniously among these animals.”

Here are some tips for helping to keep the peace between humans and local wildlife:

DO NOT approach, and don’t let your pets approach, wild animals. Your dog may not recognize the behavior of a wild animal and could be badly injured if they come too close. Always keep your dog on a leash when outside. Close contact with a wild animal could result in your pet being legally quarantined for rabies observation.

DO enjoy your sighting of the urban wildlife in our community. Take a photo…but give the animal space.

In the meantime, given the incidence of disease from ticks and mosquitoes and the need to manage rodent populations, it’s good to know that our wild neighbors help keep Alexandria a city that is both clean and safe. “The wildlife in Alexandria provide a real service,” says Hanly. “They don’t need to be paid, and they work on our behalf 24 hours a day. Let’s appreciate their work and leave them alone to do it.”