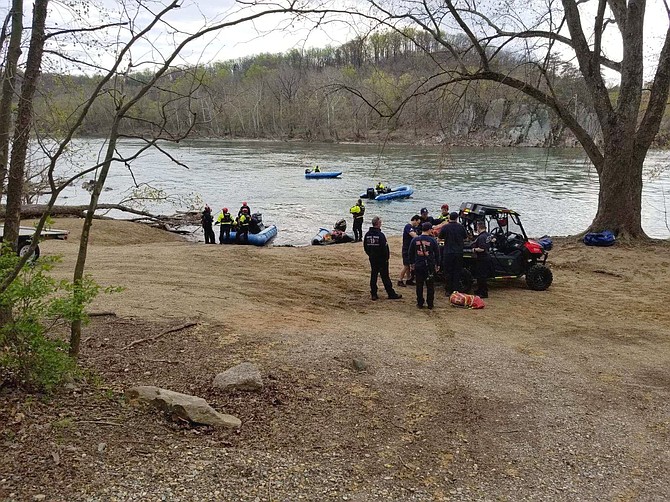 Technical Rescue – Potomac River in the area of Rocky Island by Great Falls. An Injured boater/kayaker was stranded on a rock. The injured boater with other kayakers made it to the Virginia shoreline in a remote area. Four Montgomery County Fire and Rescue boats deployed with a U.S. Park helicopter. The injured kayaker was extracted/evacuated via Montgomery County Swift Water Rescue boats to awaiting EMS on the Maryland shore, one adult with an injured leg; not life-threatening. More than two dozen Montgomery County Fire and Rescue Service rescuers were on the scene.