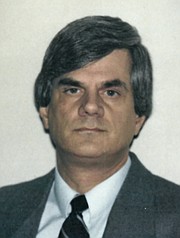 On April 5, 2020, Herbert A. (Pete) Holt, age 74, died peacefully at home surrounded by his family. Pete had courageously battled a four year illness with pulmonary fibrosis.

Pete was born on June 24, 1945 in Virginia Beach, Virginia, and was the son of Mattie and Herbert A. Holt Jr., who were the owners of Holt Buick. Pete received his Bachelor’s degree in City Planning from the University of Virginia in 1969 and his Master of Public Administration from George Washington University in 1977.

Pete had a distinguished career as a Senior level executive with over thirty years of progressively responsible leadership in government and the private healthcare industry. He served as the Director of the Department of Mental Health Services in Montgomery County, Maryland from 1986-1995. Pete led the creation and establishment of a 350 person staff.

In lieu of flowers, the family asks that donations in Pete’s memory may be made to: The Twig P.O. Box 26324, Alexandria Virginia 22313

There will be no funeral service.