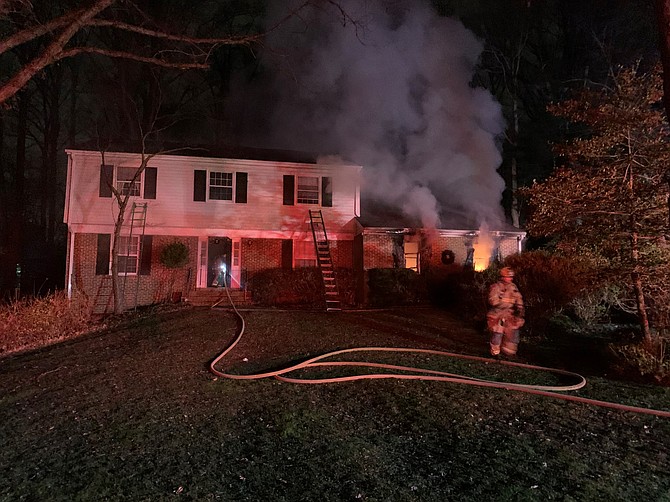 Damages as a result of the fire were approximately $187,500. Photo contributed

Units arrived on the scene of a two-story, single-family home to find an attached garage fully involved in fire. Crews rapidly initiated an exterior attack which suppressed the bulk of the fire. There were no civilian or firefighter injuries reported.

Two occupants were home at the time of the fire. One occupant heard a loud boom. While investigating the noise, she discovered a fire in the garage. She attempted to extinguish the fire before calling 9-1-1. Both occupants self-evacuated prior to fire department arrival. Working smoke alarms were present in the home. The alarms did not activate because of the location of the fire.

Fire Investigators determined that the fire was accidental in nature and started in the attached two-car garage. The fire was caused by an electrical event within the household wiring for an outlet located in the garage.

Three occupants were displaced because of the fire. Red Cross assistance was offered and declined. Damages as a result of the fire were approximately $187,500. Note that the content damage total reflects two vehicles destroyed in this fire.