Breeding license is no indicator of quality 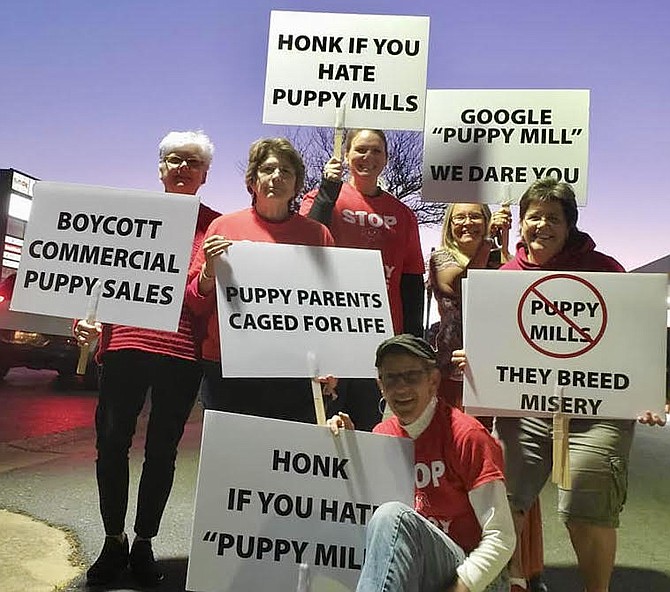 Third article in a series.

A puppy store’s assurance that it buys only from licensed breeders is no better than suggesting anyone who has a driver’s license is a good driver. Puppy mill breeders are required to be licensed under the national Animal Welfare Act (AWA). However, federal animal regulations for breeders are well known to be woefully lacking, requiring only the most basic care. Inspections are few and random, and violations are not dealt with severely, allowing a cited breeder to continue operations for all but critical problems.

Buyers should be wary of puppy stores' claims that all is well with their sourcing. Under Virginia’s regulations, stores can not buy from breeders who are not licensed, or who have had a number of critical violations in recent years. Unfortunately, the limited staffing of US Department of Agriculture (USDA) inspectors and the estimated more than 10,000 facilities that must be inspected, mean that inspections are few and chances of problems going undetected are high. The USDA’s “risk-based” inspection model translates to inspections as seldom as once every two to three years for many breeding operations.

Neither does the AWA ensure that dogs are happy or live a quality life, only that facilities meet minimum humane standards. Those standards include, for example, cage size must be six inches larger than the size of the dog, no more than 12 dogs in a cage, must be provided food and shelter. Only recently has USDA proposed that dogs have a continuous water supply, instead of twice daily water offerings. Further there is no uncaged time requirement, no limit of the number of dogs kept, and no limit on the age or number of times bred. And significantly, no requirement for socialization to humans. What level of care, quality, and socialization to humans do you think is even possible when breeding operations have hundreds of dogs and profit is the operating goal?

For more insights into the dog-breeding industry, readers may wish to read “The Doggie in the Window,” by journalist and national Emmy Award-winning television producer, Rory Kress.