Fairfax County: Proclamations and Resolutions, Board Matters and Votes
Votes

Fairfax County: Proclamations and Resolutions, Board Matters and Votes

It’s Day One; Take Action for Fairfax County Board of Supervisors. 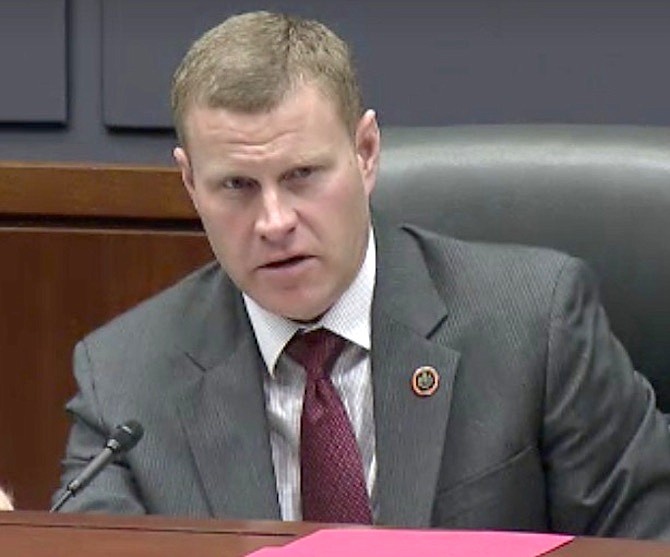 A new chapter of government began for citizens in Fairfax County when the 2020 Board of Supervisors convened for the first time Tuesday morning, Jan. 14. Led by Chairman Jeffrey C. McKay, the agenda kicked off with multiple presentations, among them a proclamation to designate January 2020 as Human Trafficking Awareness Month in Fairfax County.

McKay and Supervisor Patrick Herrity (R-Springfield) introduced the request. "I can't think of a crime worse than to hold someone in captivity and make them do awful things… I think raising awareness is critical to ending this crime," said Herrity.

Next on the agenda, the Board completed numerous housekeeping tasks beginning with the appointment of board members to various Inter-jurisdictional Committees and Intra-Governmental Boards and Committees. "I'm excited as we move forward to have every member of this board play a significant role both internally and externally as a region, as we move forward," said Chairman McKay. Unlike the naming of committee members, the position of vice-chairman required a vote by colleagues on the Board. Supervisor Kathy Smith (D-Sully) nominated Supervisor Penny Gross (D-Mason) Vice Chairman of the Board. The motion passed unanimously.

MOVING INTO ACTION ITEMS, the Board approved the resolution adopting a meeting schedule for calendar year 2020 and authorizing the chairman to reschedule in an emergency. The Board then approved a motion by Herrity for a fence height modification for the Police Heliport Project in the Springfield District. The fence would surround the secured police operations area of the Police Heliport.

McKay moved on an Information Item, the Fairfax-Falls Church Community Services board fee schedule. He said while this item did not require a motion, he asked if there were any questions for staff. There were none.

During Board Matters, before McKay presented his first resolution of the year, one with Supervisor James Walkinshaw (D-Braddock), he turned the gavel over to Vice-Chair Gross.

McKay said that the local tax structure in Virginia had become outdated, with limitations on the ability of counties to raise revenues from diverse sources. That resulted in an over-reliance on property taxes to fund core local government programs and services. Under the Code of Virginia, county government had less authority to raise revenues and meet responsibilities than did cities and towns, including meals, cigarette and transient occupancy and such. "This is true even though county governments have the same responsibilities as cities for funding core services such as K-12 education, public safety, social services and public health. …Support for equal taxing authority between cities and counties has long been included in the County's legislative program for an appropriate mix of revenue sources to meet local needs…

The Virginia Association of Counties (VACO) has made support for equal taxing authority a top priority for the 2020 General Assembly Session that began last week," said McKay. He urged the Board to approve the resolution calling on the state to provide equal tax authority for counties and cities and direct staff to transmit the resolution to the Fairfax County General Assembly.

He said while there was support in "a lot of areas," he did not believe there was support in the Springfield District. "I think what we have is a spending problem more than a revenue problem. In the last five years, our budget has gone up 20 percent. That's more per year than wages … that's more a year than the cost of inflation… I think what this means is Fairfax County is looking at the potential for a meals tax without a referendum, and that's something that our voters overwhelmingly rejected back in 2016 during a presidential election, so I'm going to be voting no," Supervisor Herrity said.

Walkinshaw concurred with McKay. He said that over the last year in Braddock District, there was much concern about over-reliance on the real estate tax to fund all of core services.

"We need to broaden the tax base, and that is a once in a generation opportunity that we have." The motion carried 9-1 with Herrity, sole Republican, voting nay.

McKay's next resolution, jointly co-sponsored with Vice Chair Gross, dealt with the importance of regionalism and the need to work alongside area localities. "Critical to achieving goals and planning for the future of Fairfax," said Chairman McKay. It also urged other jurisdictions in the national capital region to adopt similar resolutions. The motion carried.

Another of McKay's board matters dealt with supplementary notices for the 2020 Census. “Every member of this Board is getting an email today from my office asking you to appoint a staff member to work with the committee on the specific outreach issues in your district. This is really important, not only for political representation, but the estimates are for each uncounted person. We could be losing $1,200 a year in the potential federal funding," for each uncounted person, he said.

Supervisor Dalia Palchik (D-Providence) said that since this was the first time the census was being done online, she appreciated the outreach efforts, especially for communities that have historically been under-represented. She mentioned increases in other outreach efforts such as through faith-based communities and physicians, members trusted by the community.

Tony Castrilli, Director of Public Affairs Fairfax County, encouraged Palchik to visit the site, Census 2020 Complete Count Committee Members at fairfax.gov/topics/census-2020. "It is a very diverse group of community leaders in different areas, including the hard to reach communities and faith-based leaders throughout the region."

Supervisor Walter Alcorn presented a motion to amend the Reston Comprehensive Plan that would focus, among other things, on projected population thresholds for Reston and land use in the village centers, "I am looking at 12-18 months from start to finish," Supervisor Alcorn said. The motion carried.

PALCHIK brought forward her first board matter relating to the Holmes Run Acres. “Over 70 percent of residents of the neighborhood have expressed interest in consideration of the establishment of a Historic Overlay District for Holmes Run Acres," she said. The district was listed on the National Registry of Historic Places in 2007. The motion carried.

Supervisor Rodney Lusk (D-Lee) requested confirmation of appointments to the Burgundy Village Community Center Operations Board after residents and homeowners in the community elected the candidates through a preference poll. Motion carried.

Supervisor John Foust (D-Dranesville) – in reference to the Cinder Bed Road Bus Garage in Lorton – requested that Metro share the agreement that "supposedly" provides bus transit service in the County. "It has been 80 days. This Board has made numerous requests…Metro has a contract with Transdev. It has not been apparent they have exercised any rights under that contract to bring Transdev to resolve this…I don't know how someone can take $159M from us and not share with us the agreement. I renew my request, and I expect Metro to fulfill and respond in a very timely manner.” The motion carried. The workers voted to end the strike last week.

Supervisor Daniel G. Storck (D-Mount Vernon District), in a board matter with McKay and Herrity, brought forward a resolution to recognize the South County Football team as State Champions. “They entered the championship game with a record of 14-0." The motion carried.