Calls to 911 could be dispatched differently from the start.

Only 40% of Fairfax County Police officers are currently trained in crisis intervention techniques. “Never has this disparity been more clear to me personally than in the body camera footage of the recent incident in Gum Springs, where one officer clearly and responsibly worked to de-escalate and render assistance to a resident in mental distress, while another officer chose to escalate the situation to the point of violence — in my view without having made a meaningful effort to peacefully resolve the situation,” said Lee Supervisor Rodney Lusk in a Board Matter on Tuesday, July 14. “This is a disconnect that is not unique to Fairfax County, and one that other jurisdictions have succeeded in overcoming.” 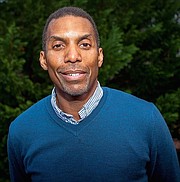 What Rodney Lusk and Hunter Mill Supervisor Walter Alcorn propose could be a revolution in how services are delivered in a crisis because of the way 911 calls are dispatched from the start.

IN EUGENE, OREGON, a strategic triage initiative dispatches unarmed medics and mental health workers to 911 calls that do not contain elements of extreme violence or criminal activity. Crisis intervention workers are able to alert law enforcement in few instances where they need additional support.

But out of 24,000 calls dispatched in 2019 in Eugene, only approximately 150 required additional intervention from law enforcement — a success rate of over 99%. The actions saved Eugene approximately $15 million with its “significant positive downstream effects,” said Lusk. “Jurisdictions in California, Arizona and New Jersey have instituted similar models to great effect, and I believe that the time has come for Fairfax County to evaluate the feasibility of following their example,” said Lusk.

Lusk said approximately 20 percent of calls made to 911 are for mental health crises. “It’s become clear to us that we are asking our law enforcement professionals to do far too much,” said Lusk. “Today, in Fairfax County, if you call 911 your call will almost certainly be dispatched to a Fairfax County Police officer. … That means that we are regularly deploying FCPD officers to respond to calls that are principally mental and behavioral health crises, as opposed to criminal activity.”

“We are regularly deploying officers to respond to calls that are principally mental and behavioral health crises, as opposed to criminal activity.”

THE SUPERVISORS APPROVED the resolution unanimously on Tuesday, July 14, at the Connection press time.

• That specific consideration should be given to programs that have been successfully implemented in other jurisdictions, such as the model in Eugene, Oregon, model, which has been in place for over 30 years.

• That the results of that study be returned to the Public Safety Committee with estimates as they relate to potential initial costs, long-term budget savings, the feasibility of a pilot program, and non-budgetary outcomes such as increased quality of service and decreased strain on our law enforcement professionals.

• And that a status update on this effort be shared with the Board no later than Oct. 1, 2020.