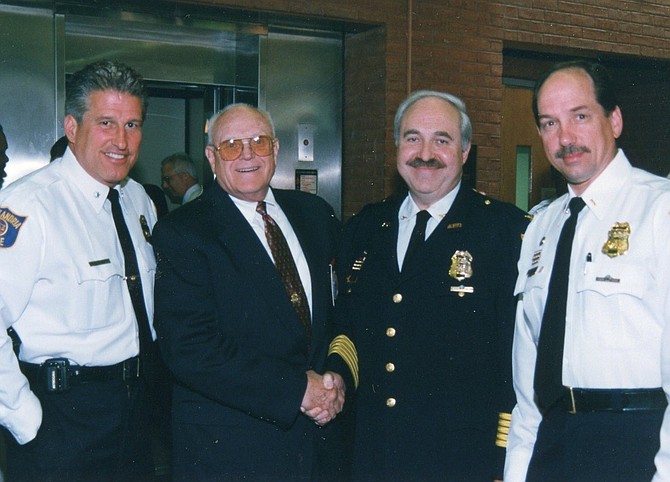 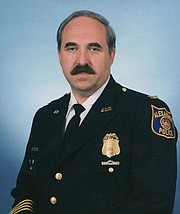 Former Alexandria Chief of Police Charles Samarra died March 17 following a three-month battle with a brain tumor. He was 74.

Samarra served as Chief of Police for 16 years from 1990-2006. Prior to his tenure in Alexandria, he spent 23 years with the District of Columbia’s Metropolitan Police Department retiring as Assistant Chief.

“Charlie was a leader in public safety, not just in Alexandria but throughout the region,” said former Police Chief David Baker, a close friend who served with Samarra both in D.C. and Alexandria. “He was respected for his intellect, integrity, vision and compassion for the people that worked for him.”

Samarra was born Aug. 14, 1945. He lived in Marbury, Md., and was in a rehabilitation center in La Plata, Md., at the time of his death following complications from surgery.

“From state-of-the-art technology to affirmative action, Charlie transformed every unit that he went to,” Baker added. “He held some of the most prestigious positions in D.C., rising to Assistant Chief because of his commitment to excellence.”

Assistant Chief of Police Don Hayes said in a statement: “[Chief Samarra] brought with him extensive police experience and was a respected public safety leader in the region. During his tenure with the City he improved officer training, professional development, leadership and the department’s budgetary performance. He was innovative in his approach to policing and brought our department into the 21st century.”

Samarra is survived by his wife Mary and son Chad.

“I have known Charlie since 1980,” Baker said. “He was a teacher, leader, mentor and friend all wrapped into one. This is a tremendous loss.”