Social distancing in place, but the smiles prevailed. 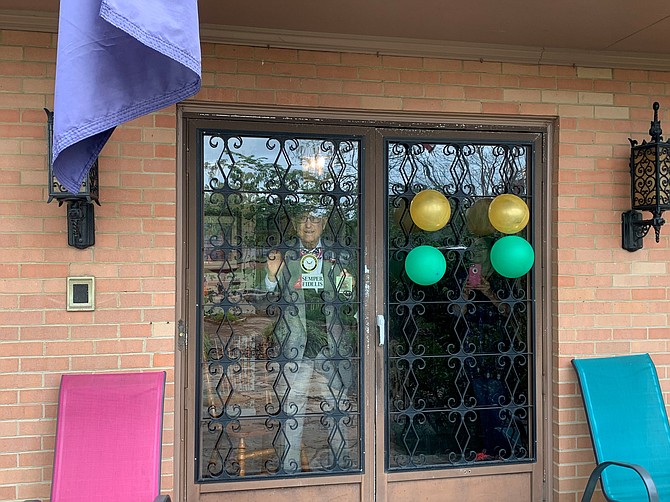 McConnell is a longtime leader of the West Springfield Community and the husband of former Springfield District Supervisor Elaine McConnell. He is a veteran of the United States Navy who served during World War II. He was also the Deputy Director for the Bureau of Alcohol, Tobacco, Firearms and Explosives in Washington, DC for many years. He retired from his job with ATF to help Elaine start her school, Accotink Academy, and manage her political campaigns. Mac and Elaine also volunteered their time helping churches, non-profits, and small businesses become established in Northern Virginia.

Elaine passed in 2016 but Mac remains in good health at their home, working on a book recounting his amazing life, from farm boy to fly boy, from ATF agent to beloved local businessman, father, grandfather and great grandfather.