Nurses from Schools Heed The Call in Alexandria
Votes

Nurses from Schools Heed The Call in Alexandria 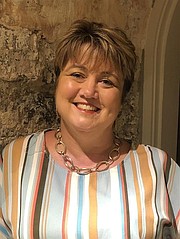 During this crisis, ten ACPS nurses are helping out at the Alexandria Health Department (AHD).

When Megan Costanza, a nurse at the T.C. Williams High School Clinic got the call to say her skills were needed by the Alexandria Health Department’s Coronavirus task force, she didn’t hesitate.

A former ER nurse who has worked in hospitals around the country, she has seen just about everything there is to see in the medical field, including suspected Ebola cases. For Megan, she viewed this not only as an opportunity that allowed her to answer a call of duty, but also as an opportunity to learn.

She is now amongst ten Alexandria school nurses currently working eight hour shifts from the AHD Investigation Team’s offices, meticulously tracing, contacting, assessing and advising people who may have been exposed to the virus.

“When i first heard about the opportunity, I thought it sounded really interesting because what we’re living through is history in the making,” she said. “But not only that, I also thought I might be able to learn something that I could then take back to T.C. that would help the kids when we return to school.”

Although all 22 school nurses were invited to participate, many were unable to because of the risk working in an office posed to vulnerable family members or indeed themselves.

Those ten who were able to sign up are now playing a critical role in the battle against the virus in Alexandria. The data they uncover helps not only limit the spread but also gives AHD the information they need to monitor the City’s situation.

Megan typically works two to three shifts a week socially distanced in a cubicle at the AHD office on King Street. She does this while juggling her ACPS commitments on other days. During each shift, she is given details of individuals who have tested positive for Covid-19 and then the work of contacting anyone that patient could have exposed begins.

The first call she makes is to the patient themselves. She starts by establishing where they have been and who they have had prolonged contact with going back to 48 hours before their first symptom.

Some days Megan, who has worked at T.C. for a year and a half, gets through three or four cases, sometimes just one depending on the complexity.

“We investigate until we get all those names and locations and addresses, she said. “And then we move into contact tracing, and identifying anybody that's had a prolonged exposure. We contact those individuals and ask them to stay home for 14 days in isolation, per the governor's order.

“​I often end up creating an insane flow chart, and sometimes it just expands and expands. You can start with one person and it can take you all day to call their contacts. Then you find one of their contacts is sick and you call their contacts and on it goes. It’s almost like a spider web, it can grow and grow.”

The mother of two college students said that when the team of ACPS nurses started the work during Spring Break, those infected had a lot more questions than they do now. “Now it's been on the news so much and everybody is living through it, people are less surprised when they receive a call. They just want to know their resources and hear reassurance.

Of course, Megan misses all the students at T.C. and looks forward to the day that students fill the halls again.

She enjoys the days she is able to reconnect with the entirety of her ACPS nursing team as they together prepare for the return of school with tasks including planning care for students with chronic medical conditions and the review of immunization records.

But until then she plans to help out at AHD as long as she is needed.

“It makes me feel like I'm giving back to my community and my country and that I'm learning something that I think's going to be valuable for several years to come.”