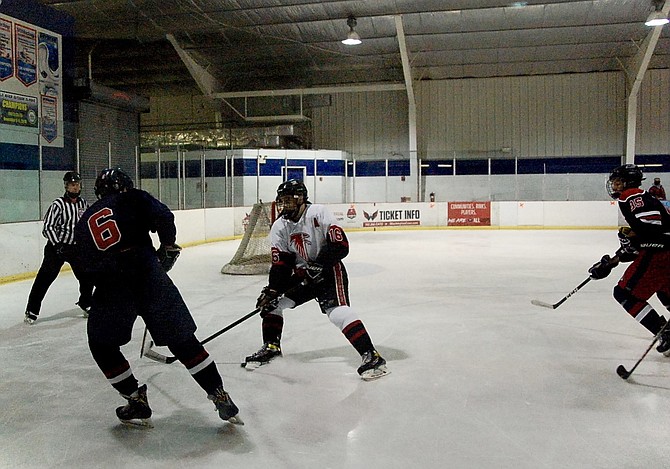 The Warhawk Varsity Ice Hockey team lost its season opener against the Parkview / Rappahannock Patriots 6-8. The Patriots came out strong in the first period scoring 6 goals. Madison forward Jake Alford would score his first of a hat trick late in the first period. The Warhawks would slow down the Patriots efforts in the second and third period while the Warhawk offense would come back to score 5 more goals. The Patriots were able to tack on 2 more goals to keep the win. Scoring for Madison was Jake Alford with a hat trick and 1 assist, Ben Cowell with a goal and an assist. George Bilidas with a goal and Max Marr with a goal. Assists go to JT Gary (2) Nick Cooper, EJ Nelson and Peter Dorosheff. Goalie Arman Dorosheff faced 34 shots.