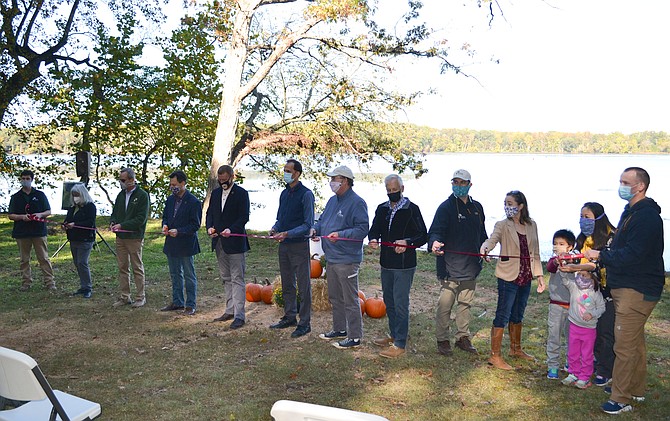 Fifty-one years ago, in 1970, the first Earth Day took place on April 22. The issues of that time were quite different than what we face today. In 1970 our nation was awash in pollution. In 1969 the Cuyahoga River in Ohio caught fire due to so much oil and chemicals on the surface. The same year a large oil rig spill off the coast of California happened. A new report at the time documented the endangered Bald Eagle and the impact of DDT pesticide on the eagle and other species. American cities were choked with high levels of lead smog from cars and trucks, and litter was everywhere.

Today, we have addressed many of these issues, and new ones face us. The EPA was established in 1969, and pollution has decreased dramatically. DDT was banned, and species like the Bald Eagle have recovered. Lead was removed from gasoline, and our air is much cleaner, and litter is not the problem it was decades ago. All of this has meant better health for people and nature. So, let's take a moment and appreciate the great work that has been accomplished!

Today, while our rivers are not on fire, and we breathe and eat fewer toxins, our challenges are still great. Global warming is the central environmental issue of our generation. The global average temperature in March 2020 was over 2 degrees higher than the average for the 20th Century, and this trend is growing. The results are more extreme storms, wildfires, hurricanes, and more. And the cause is too much carbon in the atmosphere. The solution has two sides: reducing the use of fossil fuels and the expansion of natural areas that absorb carbon.

At NOVA Parks, we have been doing what we can to address both sides of the carbon issue for some time. Since 2007 NOVA Parks has tracked every gallon of gas and kilowatt of electricity consumed and converted it to carbon. Many investments have been made to improve energy efficiency. In 2018 NOVA Parks completed its second new building with a LEED (Leadership in Energy and Environmental Design) Gold certification. The new Jean R. Packard Building features recycled building materials, cutting edge stormwater, HVAC, and lighting, and even has solar panels on the roof.

But the most significant contribution the regional park system has made to address the causes of global warming is the expansion of protected forested parkland. As the region's original conservation organization, by 1970, NOVA Parks had already assembled 3,600 acres of parkland. With new parkland acquisitions almost every year, the Regional Park system is currently up to 12,200 acres, including 37 acres of waterfront land in Fairfax County added over just the last year and 600 acres of managed parkland added in Loudoun County in 2018. Over 85 percent of the Regional park system is in a natural, mostly forested condition. This level of forested land absorbs 15,000 tons of carbon from our air per year! Forests are the air filters of our region, absorbing carbon and releasing fresh oxygen.

Environmental leaders fifty years ago did a remarkable job of cleaning up pollution and toxins in our environment, making the world a healthier place to be today. Our collective job moving forward is to address the carbon in our atmosphere that is driving global warming. We must all look for ways to use fewer fossil fuels, and at the same time, recognize that parkland is more than just a fun place to visit, but is actually vitally important to absorbing the carbon in our air. The progress of yesterday gives hope that the challenges of today can be addressed with focused effort.