Walker Chapel Cemetery Moves from Maintenance to Ministry in Arlington 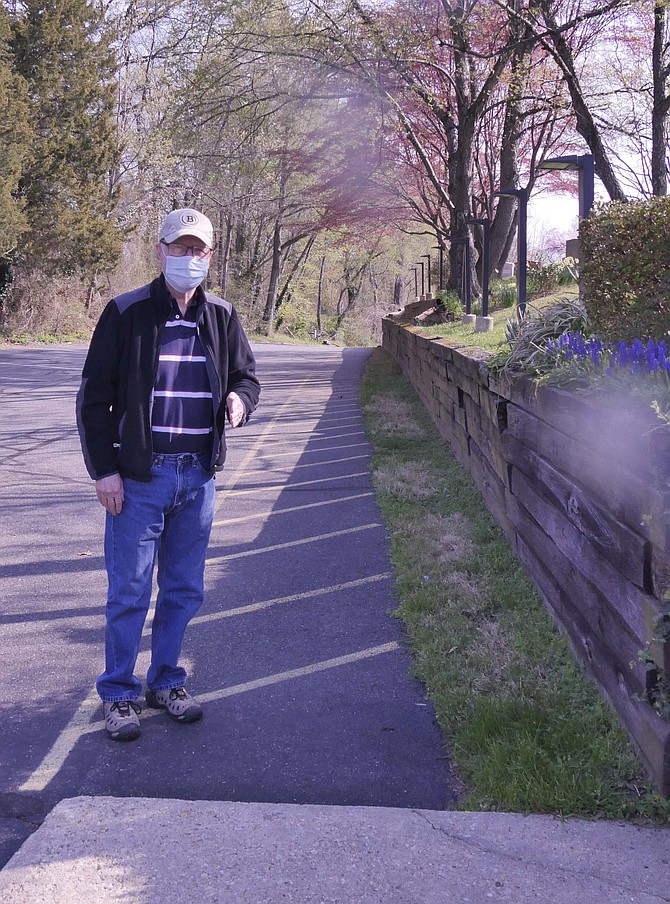 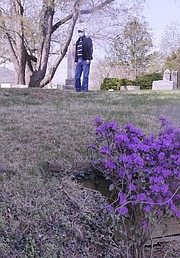 Larry Danforth stands at the top of the embankment that will become a scattering garden for ashes.

Walker Chapel United Methodist Church, after four long years of permits and drawings and dreams, is set to break ground on renovations to its historic cemetery. Walker Chapel cemetery was established circa 1858, and holds an estimated 676 burials, from potential slave burials to the mother of Robert Walker who deeded the grounds for the purpose of establishing a Methodist Church.

Larry Danforth, the historic cemetery project team leader, says, “The new stone wall will be right here. We are putting it out a few feet so we don’t have to dig the foundation into the hill and take out any of the trees. We want to retain that look. Hopefully in about 6-8 weeks we will have construction on the site taking the old wooden wall out.

“We have been talking about this for four years. I never thought it would take this long or cost this much. Just this phase will cost $1.3 million.” Danforth says this project originated as his dream when he was faced with a problem to solve. Now there is a five-person committee including an architect who has built huge projects around the world and is overseeing the details.

This all began when Danforth was chair of the church Property Board and didn’t have the funds for capital improvements and renovations like the heating and air conditioning system and repainting the steeple. The wooden retaining wall was crumbling. “I came up with the idea of making the replacement wall a wall of memories where people would pay for a plaques to remember loved ones.” But he would go home and wonder where the funds would be coming from to complete the project.

Then one day he was notified that an older member of the congregation in her nineties had died and left $1.9 million, which was earmarked for the cemetery. A couple of days later he was driving in Springfield and the license plate of the car in front of him said, “Don’t worry. God has you covered.”

“Talk about the burning bush.”

Then things just snowballed. The original idea for the wall grew into a much larger renovation plan to replace the wall with polished black granite that will have a space for 900 memory tablets, three columbaria with a beautiful curved stone staircase going up to the top as well as a scattering garden for ashes and the issuance of new licenses for gravesites in the historic cemetery.

“The first phase of the columbarium will hold 600 niches for ashes.” He said these niches will be available to the community and they are building the list so anyone interested in a spot in this historic cemetery should contact them now.

Danforth said everyone thought the cemetery was full. “But I looked around and saw a lot of open space.” So he hired a company to come in with ground penetrating radar to identify whether someone was in every gravesite. He explains that the spot may have been licensed years ago and never used. Now they have marked available sites with orange stakes and made 35 available to current and past members of the congregation. He explains members of the congregation who have indicated interest have been coming out to choose a gravesite. “Some want to be away from the road, others under a tree or in the sun.”

He points down a hill to the place where there will be a scattering garden. He says they are working with local naturalists on a plan so it can be native Virginia plants in the flower garden “but not ones the deer will eat.” This is a place where anybody will be able to come to scatter ashes of a loved one on the ground. “But we would ask them to acknowledge this is a Christian burial ground.”

Danforth says, “The project just gathered spirit and when you gather the spirit you go from maintaining to ministry.”