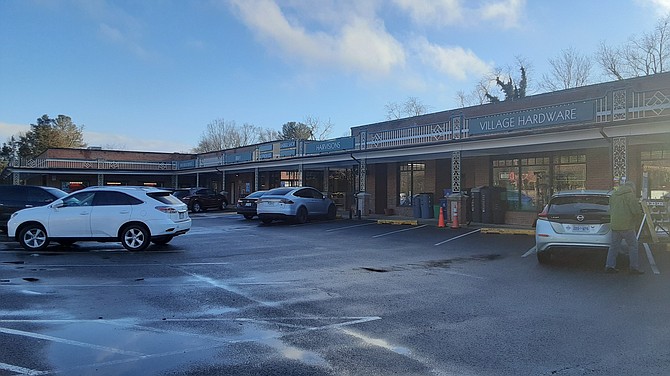 Hollin Hall Shopping Center was one of the areas targeted in the last month.

After smashing the glass front door, the burglars that hit the Hollin Hall Shopping Center last Wednesday night decided to have a beer at the River 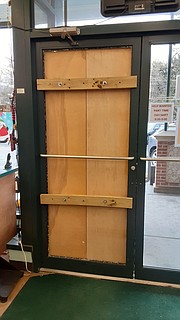 “They drank half a beer and left it on the bar with their DNA,” she said.

The Bistro was one of three businesses the burglars robbed that night in a series of “smash and grab” style of break-ins that are rare in this neighborhood shopping center. The Hollin Hall Variety Store and The Pastry Shop were the other two places they hit in this Mount Vernon shopping center. “People have tried to break in back but never out front,” said the owner of the Variety Store.

The Fairfax County Police Department say these burglaries at the Hollin Hall Shopping Center are related to a series of overnight commercial burglaries throughout the county. In most cases, the front glass doors of the businesses have been broken, two to four people then enter the business taking cash and property before leaving in a vehicle, said FCPD. Detectives have determined the burglars mostly target restaurants, grocery stores, and minority owned businesses, although that wasn’t the case at Hollin Hall. While detectives continue to work these cases, crime prevention officers are reaching out to business owners to discuss safety tips and burglary prevention.

Cameras are one prevention measure that the Hollin Hall business owners are looking at after the burglaries. At The Variety Store, there was at least one camera, and the owner noted that he intends to install more in the future. The hardware store a couple of doors down does have a few cameras outside, and the burglars bypassed the store, but the cameras were rolling nonetheless.

Ross at the Bistro saw the film after the fact, noting the car pulling up on the video and two men getting out. She was thinking of putting more cameras in, but has such good customers, one of them beat her to it. “One of our customers brought in an extra one last night,” she said.

It was a window broken at The Pastry Shop.

On Feb. 16, the Fairfax County Police Department hosted a virtual community meeting with Korean business owners and discussed forging new partnerships and increasing communication to combat burglaries in the area. A Crime Prevention Officer shared tips on how to protect businesses through “CPTED,” Crime Prevention Through Environmental Design. Many tips were shared during the meeting such as light and security camera installation, trimming back hedges in front of doors, and removing valuables before closing for the night. Most importantly, community members were asked to contact police if they are a victim of a burglary so officers and detectives can gather evidence that could lead to an arrest.

“People coming in from out of the area,” said center customer Steve Chaconas, who mentioned earlier bank robberies. The hairdressers at Hairvisions, were also concerned. “I’m scared now, they should have more cameras,” one of the hair dressers said.