Three Down to Two Stories in Potomac
Votes

Three Down to Two Stories in Potomac 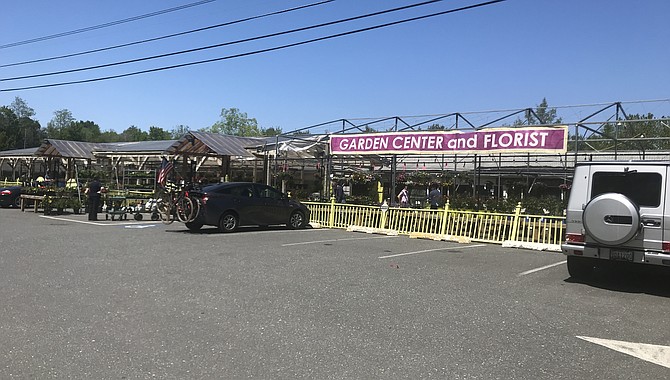 Instead of arguing, debating or even objecting, land use attorney David Brown told hearing examiners with the Office of Zoning and Administrative Hearings, “I’ll be sitting back and listening.”

Adjacent and nearby neighbors, also represented by Brown, agreed to Spectrum Retirement Communities’ amended Conditional Use application, including reducing the height from three to two stories and adding landscaping that will better screen the facility from the surrounding community.

“This was not a simple task, but resulted in a decrease in building mass in terms of height,” said architect Brian Van Winkle, who described the neighborhood architecture as classic to contemporary Georgian, with Rococo mixed in.

“We give great credit to the applicant for redoing its plans,” said Brown at the four-hour hearing before Montgomery County’s Office of Zoning and Administrative Hearings last Friday, Jan. 15, 2021.

Throughout the Conditional Use application process, Spectrum had repeatedly voiced its intention to be a good neighbor, and to come to agreement with neighbors before getting official approval from the county for its application.

Potomac is an ideal setting for a retirement community, said Mike Longfellow, Senior Vice President of Construction and Development with Spectrum Retirement Communities, a company based in Denver, Colo.

NEIGHBORS VOICED initial concerns about traffic and safety, and objected to the plans for a three-story, 152,655 square foot building. Brown had once described the project as among the very top of conditional-uses in Montgomery County in size and bulk.

But during the pandemic, masked Spectrum representatives walked the neighborhood with neighbors in person, and also met by Zoom to find solutions, including lopping off the third floor, and building a 69-space underground-parking garage for staff with aid from the topography of the site.

The conditional-use building will significantly reduce the amount of impervious surface on the nursery site, and will improve the stormwater system to stop unadulterated run-off into the Ken Branch tributary that runs into Cabin John Creek. Currently, the stormwater basin has “long ago silted in,” according to Joshua Sloan, Vice President and Director of Planning and Landscape Architecture with VICA Maryland. The project “transforms an ugly parking lot into a park-like greenery,” he said.

In the front of the building, the project aspires to increase safety. Drivers currently can enter and exit the property along hundreds of feet of uninterrupted asphalt. Spectrum will have one entry point and one exit point designed for more visibility.

Transportation planner Anne “Nancy” Randall said there have been 11 crashes reported near the property from 2017 to August 2020. She described the current parking lot as “a kind of free for all.”

Spectrum will also have landscaping between River Road and its building, to continue the greenway feel of River Road, and will improve sidewalks and the trail system around the property and en route to Potomac Village.

The Office of Zoning and Administrative Hearings is expected to give its official ruling in early February.

POTOMAC’S MASTER PLAN, adopted in 2002, which is the blueprint for land use decisions in Potomac, encourages options for senior housing as well as affordable housing.

Nearby Potomac neighbor Joel Albert, who says he lives three miles from the site, testified at the zoom hearing last Friday.

‘I’m a case-study, or about to become one,” said Albert. “I’m looking for a comfortable welcoming place to spend my last years.”