Celebrating the Passion of Music Making in Great Falls
Votes

Celebrating the Passion of Music Making in Great Falls 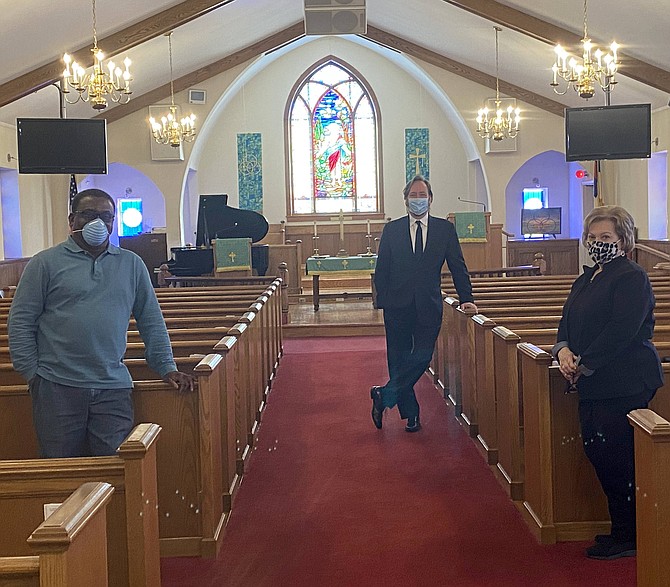 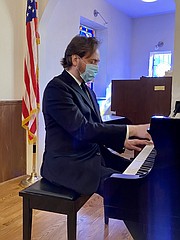 There were particular moments in Thomas Pandolfi's earliest days of his existence, he said, when hearing music, particularly piano music, whether it was part of an orchestra, choral music, or opera, set him on a course of "tremendous work." "It is what one great artist described as 'sweet slavery'… a lot of sacrifices, but immensely rewarding," he said.

Pandolfi is the organist at Great Falls United Methodist Church. The young pianist virtuoso is sought-after worldwide. On Jan. 22, 2021, seated comfortably in the small church where he plays liturgical music most Sunday mornings, Pandolfi said that music did something to him on the inside, even as a small child. "It's like I had goosebumps emotionally," he said.

Born into a musical family residing in Washington D.C., Pandolfi said his father was his "first inspiration." "He played piano, not professionally, but was an excellent amateur pianist, and very involved in the church in that aspect." According to Pandolfi, when he was four or five, his father instructed him on the piano but quickly sought out teachers. By the time he was 10, Pandolfi said he was already performing in public. At age 16, Pandolfi's teacher arranged a solo recital debut. "The reviewers came and predicted all these wonderful, wonderful things," Pandolfi said. Then it was off to The Juilliard School, where at age 21, Pandolfi made his debut at the Lincoln Center.

WITH EACH PASSING SEASON, Pandolfi excelled, performing passionate artistry and amazing techniques. He made appearances at the Kennedy Center, Strathmore, Kyiv Opera House in Ukraine, and the Romanian Athenaeum in Bucharest. Thomas Pandolfi, Piano Biography runs 45 lines on Instant Encore. It notes "performances with such European orchestras as The George Enescu Philharmonic, The Cluj Philharmonic, The Moravian Philharmonic, The National Philharmonic of The Republic of Moldova, and The Aberystwyth Symphony in Wales."

Yet, while Pandolfi values his concert pianist career, it is to Great Falls United Methodist Church, the Washingtonian returns every Sunday morning and Wednesday night when he is not in concert. "I think it's very charming. I love …the architecture of the building…The people, very welcoming from the beginning, and quite frankly….the flexibility… There are often times where I have to go away for extended periods… Everybody here has been very understanding of that." Pandolfi added that it allowed him to balance his spiritual life with his concert career life.

Pandolfi does not believe in making the worship experience concert-like. "I think the focus of the service should be on worship…Not bringing attention to myself… I happen to love these great hymn melodies that I grew up with quite a lot. They touch me on a deeper emotional level."

Asked what part of his life he would like to change, Pandolfi said, "Sometimes I wish I lived in a different century. Only because I would love to have witnessed in person these great composers, met them, got a chance to speak with them. Listen to how Chopin seduced the audience, how Liszt's brilliance was hair-raising. Talk to Beethoven and Mozart about their compositions and all that sort of thing." With a quick smile, Pandolfi added, "But of course, I wouldn't want to forsake the modern conveniences. I'd probably want to come right back."

PANDOLFI reflected on how he would like people to remember him. "Thomas Pandolfi is music-making. It always touched me at the core of my heart, went deep into my soul, and inspired me as a listener in the most sincere way."

He said if a child feels that burning musical desire, feels it must be expressed somehow, it should never be suppressed. "Never be shy about it, because it will always be a regret later on. And if there's even a small flame, a spark that develops into a flame, that should be nurtured … Never hold in what you want to do,"

Jesslyn Lumb is the Worship Coordinator at Great Falls United Methodist Church. "We consider ourselves to be very fortunate to have Thomas in our small church. We feel like God was looking after all of us when He sent him to us…The music is wonderful. Maybe you just have to tune in to streaming on Sunday to hear Pandolfi play."

Reverend Livingston S. Dore, Pastor at Great Falls Methodist Church, said, "One of the things I try to have us strive for here is music excellence. I feel sometimes people come to church more to hear the music than to hear me. And that's perfectly fine. I've always believed music enhances the worship service. So, if at any time the pastor just goes flat… I'd encourage the community if they have not yet, if just out of sheer curiosity, at least visit with us online."