Shopping trip before the murder may hold clues. 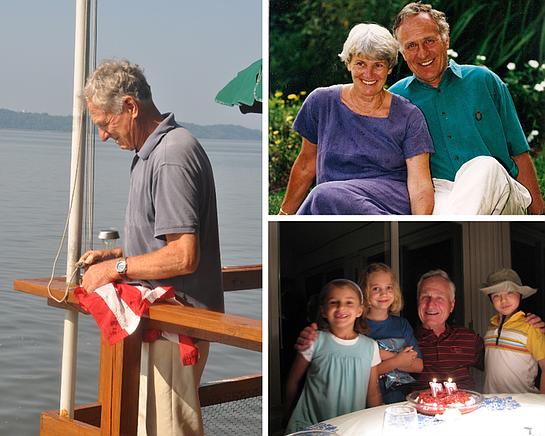 On March 11, 2016, shortly after 1 a.m. officers responded to de Leede’s home in the 6000 block of River Drive in Lorton for a shot person. When officers arrived, they found de Leede in his home suffering from gunshot wounds to his upper body. According to the police, the officers on the scene attempted life saving measures, but he later died at the hospital. Although it has been five years since Johan de Leede was killed in his Lorton home, detectives from the Fairfax County Police Department Major Crimes Bureau continue to investigate the circumstances that led to his death, uncovering another element from the case that may help solve the crime.

Recently, a family member learned de Leede had been at the West Marine store, 13330 Gordon Boulevard, in Woodbridge the day prior to his murder. An employee at the business provided the family member with a receipt of a purchase that de Leede had made the previous morning. Detectives had been investigating this homicide based on information that de Leede had not left the home on March 10, but this new information may change things. FCPD detectives are now asking for anyone who may have seen de Leede at the store or if anyone saw him traveling to and from his home that day to call the Major Crimes Bureau. Detectives believe de Leede would have been driving the family’s 2006 white Toyota Highlander or 2011 navy blue Mercedes C3000 sport.

By releasing this new information, it just might trigger a memory from someone at the store. “That’s what our detectives are asking,” said FCPD 2nd Lt. James Curry. “It may seem small to some but that’s why we put it out there,” Curry said.

An investigation revealed a neighbor reportedly saw a dark full-sized pickup truck, possibly a Ford F-250, with its lights off leaving the area quickly following the gunshots. It drove northbound on Mallard Road and eventually took a left.

Even though it was a few years ago, the FCPD has not given up, said Curry. “We want to solve this,” he said.