The Weather, Tee Shirts and Fresh Air Made Bike To Work Day a Success
Votes

The Weather, Tee Shirts and Fresh Air Made Bike To Work Day a Success 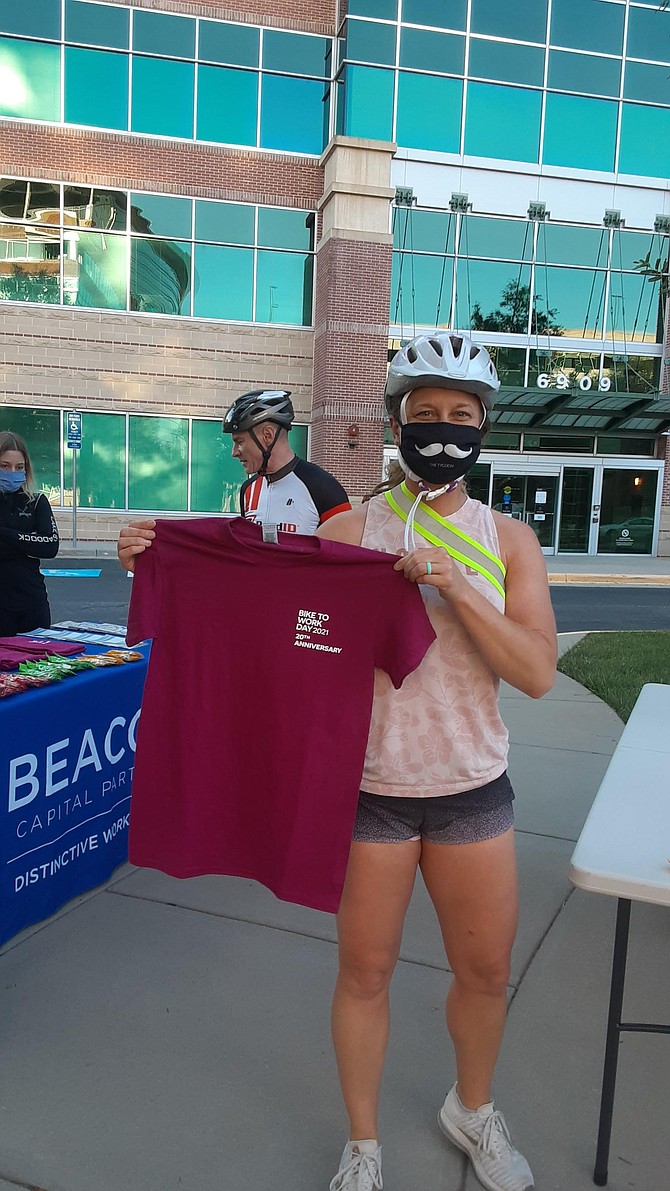 The weather couldn’t have been better for the 20th anniversary Bike to Work commuting event in the metro area, and despite the fact that everyone 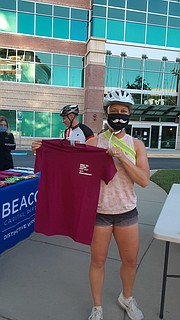 may not be heading to the office yet, it proved to be a success

It takes a little more than the promise of a brightly colored tee shirt to make people climb hills and pedal as the sun comes up, but this year they counted 9,487 participants in the event. For Kingstowne resident Aspen Guthrie, the exercise, fresh air and tee shirt were all reasons to participate as she has in years past. She works at the Pentagon, but has been working from home for a while due to the pandemic. “Even if I’m teleworking, I still like the ride,” she said. In years past, she’s gone all the way to the Pentagon from Kingstowne, or used the Metro for part of the way before pedaling in.

Alexandria resident Frank Reyes was also at the “tee shirt pickup point” in Springfield where they had tee shirts, water and granola bars. This stop used to be called a “pit stop,” but the pandemic changed that, and it wasn’t as social as it has been in the past. “I try to do it every year,” Reyes said.

It was the same for Tom Woodmansee, who was heading to his job on Fort Belvoir. His collection of Bike to Work tee shirts tells the story. “I think I missed one year, it was raining,” he said.

Bike to Work Day is run by the Metropolitan Washington Council of Governments' Commuter Connections program, and the Washington Area Bicyclist Association is involved by managing the registration process.

Nicholas Ramfos, director of BTWD and co-organizer at Commuter Connections, biked to his stop out on the W&OD trail near Sterling. The fresh air and physical benefits were especially important this year because the event was cancelled last year, and many were cooped up inside from the quarantine. “This was a big year for us, we didn’t want to miss it,” Ramfos said. There are mental benefits for being outdoors and active,” he said. “Most people know the benefits of exercise,” he added.