Arlington Rallies with Biden for McAuliffe 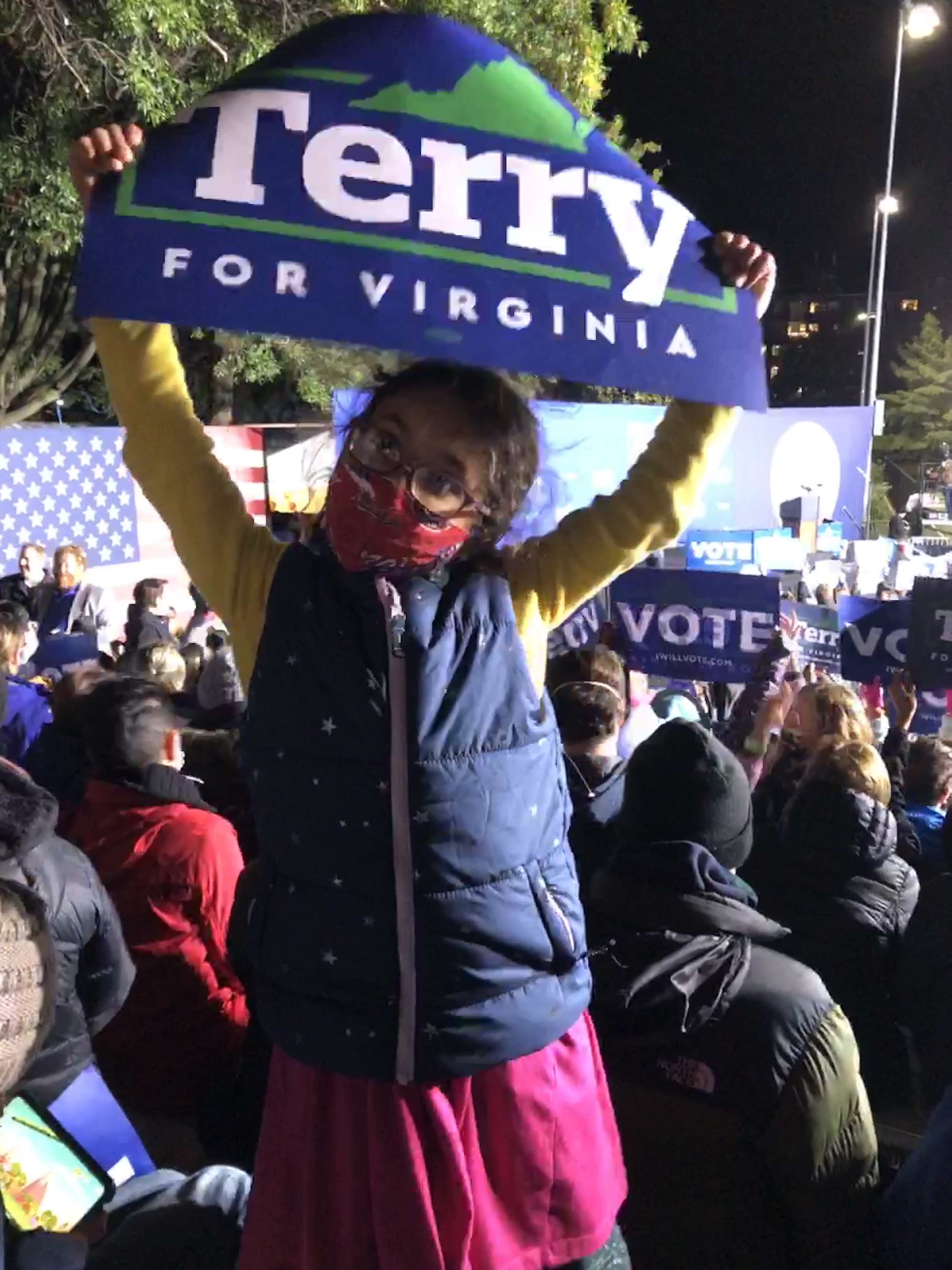 Sonia Petrella, who at just 8 years old, was one of the most enthusiastic Terry supporters in the crowd, kept jumping up and down with her “Terry” sign as if … her future depended on it.
The story of the Get Out the Vote rally on Tuesday night on South Hayes Street in Arlington was not the speeches of the warm up speakers before President Joe Biden and candidate Terry McAuliffe arrived. You would have expected those. They were like preaching to the choir. 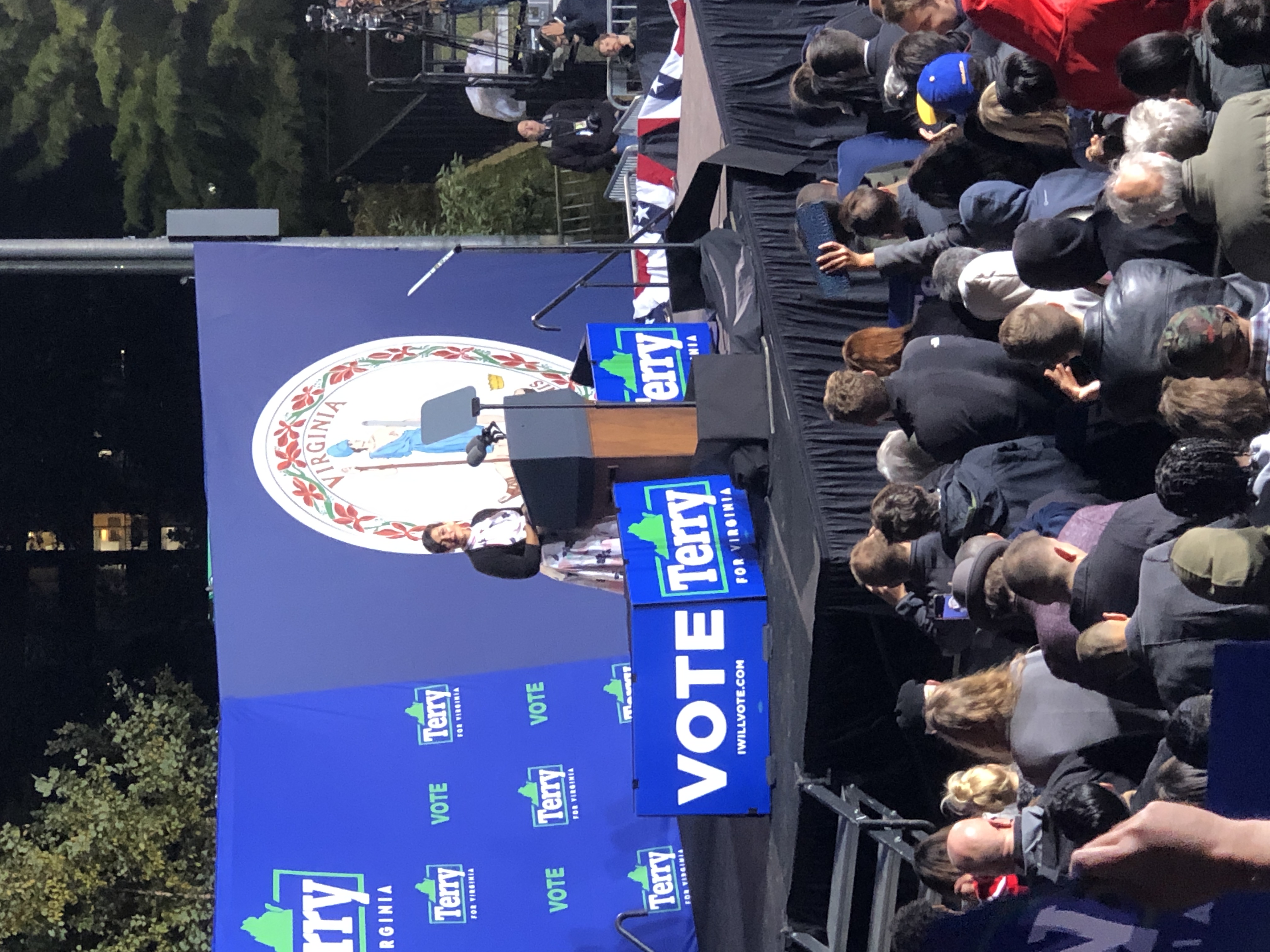 Photo by Eden Brown/The ConnectionHala Ayala was buoyant as she engaged the crowd about the need to vote.
They whipped up enthusiasm in a crowd that was already fired up, but cold from standing for three hours outdoors on the windy night. Those speeches just confirmed what people at the rally already knew: voting for McAuliffe was a way to sustain the programs initiated by McAuliffe, Gov. Ralph Northam, and the newly blue Virginia General Assembly. 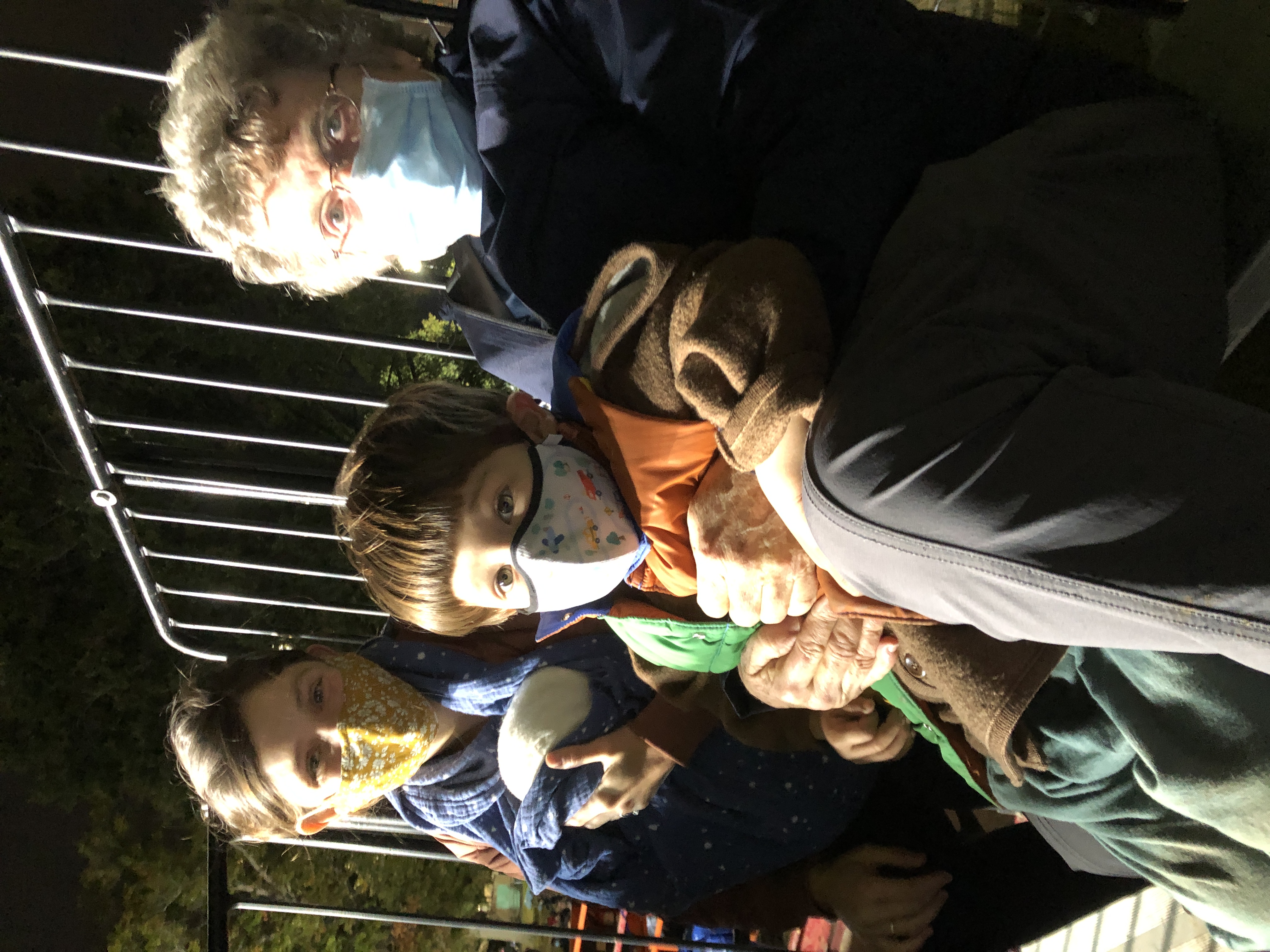 Photo by Eden Brown/The ConnectionAugust MacQueen with her sons, Wilkie and Mads, and their grandmother, Elaine MacQueen, wanted her sons to remember this night.simple gesture of bringing out a little red book called “Beloved,” which he said he was going to review for the audience, was the best articulation of what Democrats said on Tuesday night: We don’t want a governor who says he would ban Toni Morrison’s book from Virginia Schools because it talks about racism.

A small group of Youngkin supporters gathered outside the security perimeter and stood in the way of McAuliffe supporters as they arrived, holding up signs too vulgar to quote here, rude enough to make people wince. The signs were ugly and offensive. One woman in her mid-sixties was overheard asking a protester using the “F” word in connection with the candidate to watch her language; the response was “F” you, old woman.” 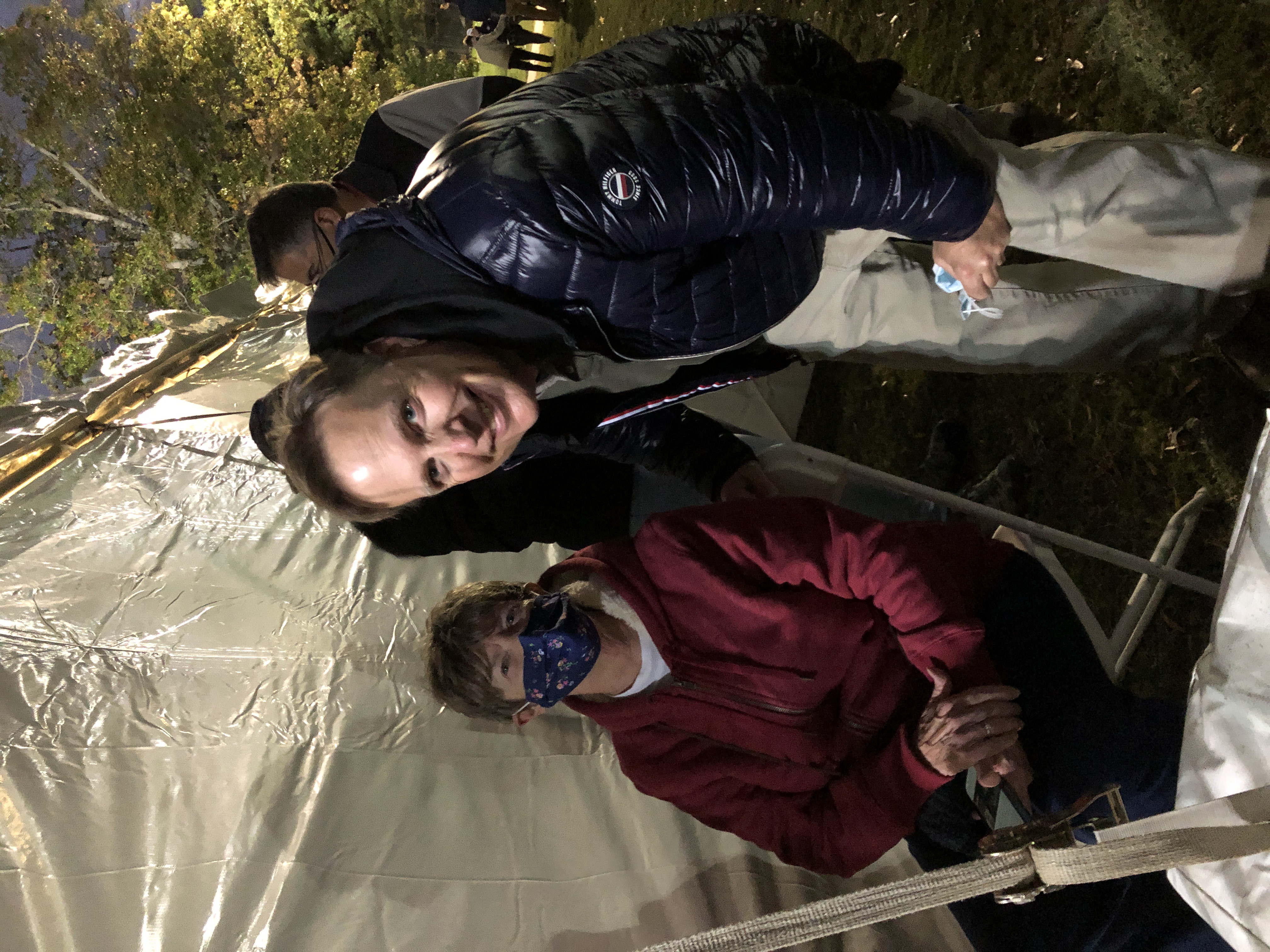 Photo by Eden Brown/The ConnectionThe Butchers were there “as a bulwark against Trumpism” and “to show Arlington’s support for democracy.”The speeches about the important need to get out the vote were directed to the crowd of over one thousand; almost half raised their hands when asked if they had already voted. The other half planned to vote on Election Day.

Taking part in the Democratic process was important to people like Alex Sivolov, who came here from Moscow about  30 years ago, at the rally with Julienne Nzinga, who had grown up in Kinshasa, Zaire, seeking a more Democratic country.  She wanted to hear what McAuliffe was going to say about his programs; Sivolov wants free community college in Virginia.

Barbara Butcher was at the rally to “form a bulwark against Trumpism.” Duane Butcher said: “We’re out here to show that Virginians care about democracy.”

Augusta MacQueen brought her two boys, Mads, aged 2-and-a-half, and newborn of 3 months, Wlkie, “because it’s important to bring them, to show them this. I hope Mads will remember.” MacQueen, who was accompanied by her mother-in-law Elaine MacQueen, said she was a moderate Democrat but becoming more committed as a democrat after the last few years. “I wanted to show my support tonight, particularly since I can’t do much else with a new baby.”

Elizabeth Thomas, an Arlington resident, applauded bringing children to the rally: “You should start them young, like you would take a kid to a baseball game because you want them to grow up loving baseball.”

Sonia Petrella, who at just 8 years old was one of the most enthusiastic Terry supporters in the crowd, kept jumping up and down with her “Terry” sign as if … her future depended on it.

“I was happy to be there and see so many young people participating,” said Jody Goulden. The crowd was mostly 20-50 years old, but she was not the only senior. The rally was well organized and courteous, with young men in blue blazers directing the crowd and saving umbrellas for those who had to put them aside to enter. The crowd was happy, excited, kind to each other, dancing to “Uptown Funk” and other rally-ish music. There were newborns and grandmothers, whole families, and students. There was an older man of South Asian heritage waving an Indian flag, there was dancing on the bleachers, and and increasing anticipation as Democrat after Democrat spoke about what had been achieved under McAuliffe and Northam: medicaid expansion, lower drug prices, a higher minimum wage, preserving a woman’s right to choose, the huge investment in K-12 education, reducing child poverty by half, voting rights, and marriage equality.

After a very difficult day negotiating his Build Back Better plan, one of the hardest working men in Washington arrived, the President of the United States, looking as though this was his most important event of the day. The President popped onto the stage and launched into, as Rose Fabia described it, “his usual conversation with the crowd, rather than a prepared speech.” Biden was there to support his friend McAuliffe.

Kate Giroux noted that when he was heckled by the Youngkin supporters, “Biden smiled his million dollar smile and simply suggested that someone give them some water because it appeared they had something caught in their throat.”

Augusta MacQueen would be telling her son when he grows up about the night he saw the President of the United States act like a grown up.