Parkway Plan Kicked Off in Early October in Mount Vernon

A road diet is based on a 2019 safety study by the National Park Service. 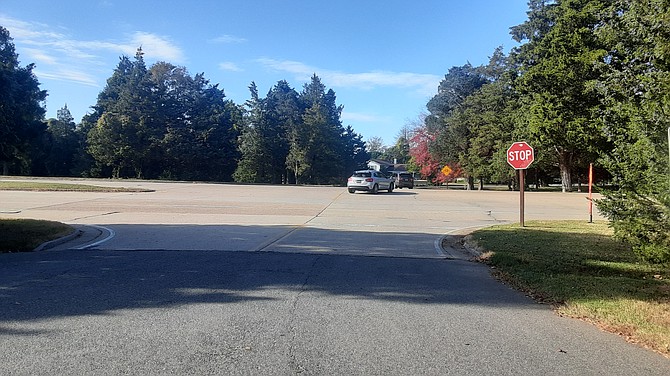 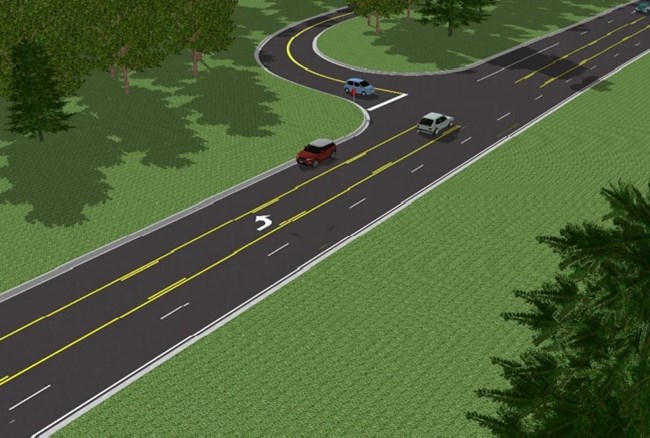 The road diet will look something like this.
The George Washington Memorial Parkway is set for several changes to adapt to the amount of traffic, speeds and sight distances to make this travel corridor safer for motorists and pedestrians. The parkway is maintained by the National Park Service, and officials there are looking at the intersections of Stratford Lane, Collingwood Road and Morningside Lane to implement safety measures, and a road diet in other places.

To implement this road diet, the NPS will restripe the road between the City of Alexandria and George Washington’s Mount Vernon Estate, changing the markings so that there will be two northbound, one southbound and one turn lane in areas between Stratford Lane and Tulane Drive to improve safety. They will also install new signs and flexible posts at the intersections of Belle View Boulevard, Belle Haven Drive and other areas along the parkway to guide drivers.

A jogger in the Stratford Landing community was not aware of the NPS plans but did note the speeding and increased traffic. “I’d be in favor of things for safety, we’re all concerned,” he said, noting that the parkway interchanges with islands in the middle were notably safer, such as the intersections at Stratford Lane and Collingwood Road. Morningside Lane has no island separating the north and southbound lanes, and the curves and forested areas make visibility difficult for drivers pulling out onto the parkway, particularly if they are heading north. “At Morningside, I’ve wondered why they don’t [add an island],” he said. 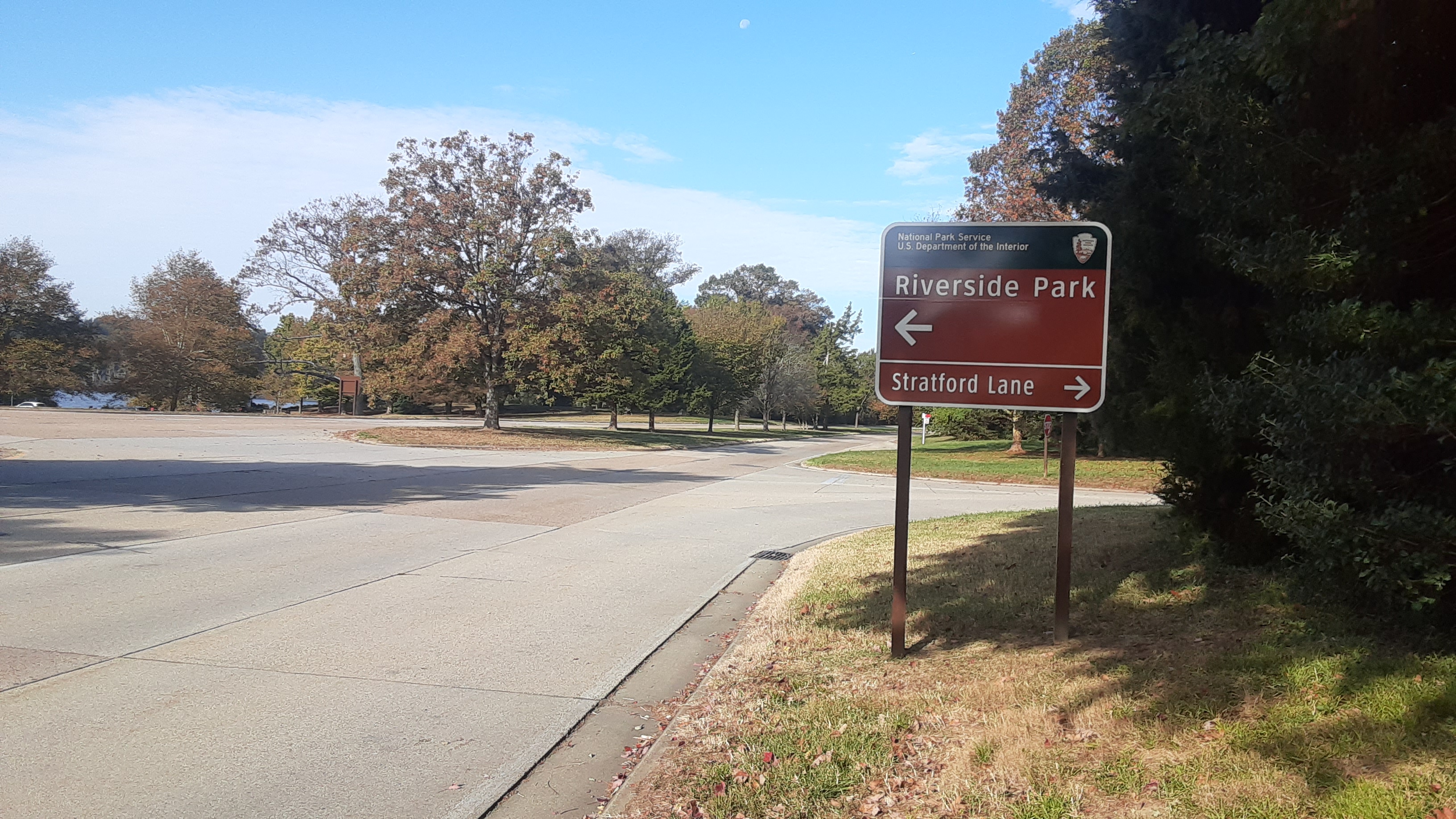 The intersection at Stratford Landing.

These interchange issues were of particular concern to the Mount Vernon Council of Citizens Association, who wrote about it in the October newsletter "The Record." They compared the two proposed traffic calming measures, described as a “road diet,” or roundabout.

But Aaron LaRocca of NPS said roundabouts are out. “This current project consists only of striping and signage,” he said, adding that all the road diet portions should be completed by the end of 2021.

According to NPS, the "safety treatments," at Morningside include the road diet, upgrading signing and markings, analyzing the interchange lighting and tree trimming. There's much of the same planned for Collingwood and Stratford Lane, according to the NPS safety assessment.

Although currently there are still two lanes north and southbound, the NPS started to implement the road diet this month on the southern end of the parkway between Stratford Lane and Tulane Drive to improve safety, NPS said.

The NPS conducted a safety study in the summer of 2019, and found that the at-grade crossings have limited sight lines. The safety enhancements on the southern end of the parkway include removing vegetation at intersections to improve visibility. This would be particularly helpful at Morningside where the vegetation goes right up to the southbound lanes in an area that has a little hill and some curves.

Speeding was the biggest concern on the southern portion of the parkway - particularly in the Stratford Lane area. Speed data collected by NPS indicates that the median speed is above the posted speed limit with 85 percent of vehicles going from eight to 12 mph above the posted speed limit. The MVCCA pointed out that the parkway was originally designed to provide scenic recreational driving experiences that is better appreciated by traveling at slower speeds. The design of the Parkway was not intended for the point-to-point travel or commuting that are now the primary use of the road occurring today.

Until the end of 2021, the National Park Service will restripe lanes on the southern part of George Washington Memorial Parkway. The NPS plans to temporarily close one of two lanes in each direction while work is happening. Drivers should expect to see work on weekdays in:

As part of this work, the NPS will implement a road diet (changing markings so that there will be two northbound, one southbound and one turn lane) in areas between Stratford Lane and Tulane Drive to improve safety. We will also install new signs and delineators (flexible posts) at the intersections of Belle View Boulevard, Belle Haven Drive and other areas along the parkway to guide drivers. Learn more at go.nps.gov/SouthGWMPNextSteps