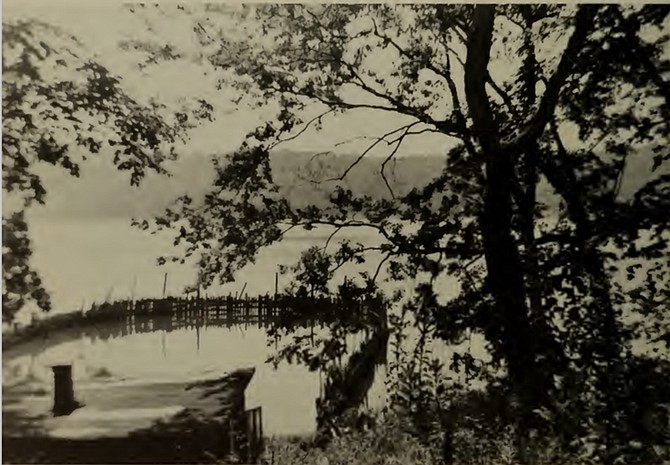 Fairfax County has a “storied history.”

“The lives of those who came before us still affect us today,” U.S. Rep. Gerry Connolly told attendees of the 17th Fairfax History Conference held online on Nov. 6. 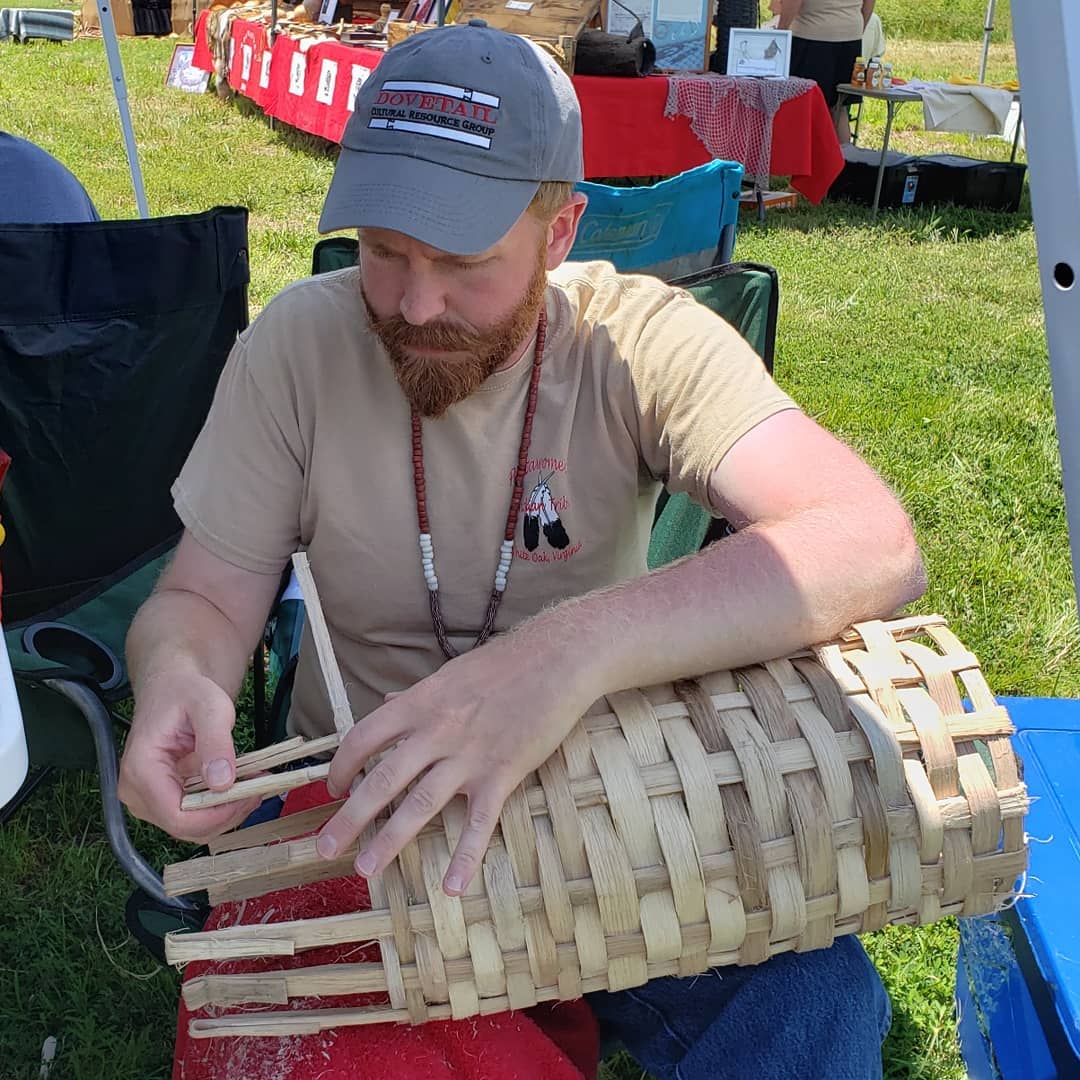 County Board of Supervisors Chairman Jeff McKay opened the meeting, commenting that “our diversity is our greatest strength.” He cited the Board’s creation of an equity task force to evaluate “what systems are obstacles to equity and how structural racism has made some populations more vulnerable than others.” He also said that the county has created a Confederate Names Task Force to examine renaming of Lee Highway (Route 29) and Lee-Jackson Memorial Highway (Route 50).

“Symbols matter,” he said. “Our symbols and policies must make everyone feels welcome and heard.”

No one knows when the first Native Americans were in Fairfax, McKay said, but they were here 11,000 years ago.

When English soldier Captain John Smith explored the Potomac River’s shorelines in 1608, he encountered towns and villages. The English called the people they encountered the Dogue and drove them out of the region by 1675. Today’s Dogue Creek bears the tribe’s name.

Rose Powhatan, a Pamunkey/Tauxenent Native American historian, told conference attendees that Algonquin was the original language of Fairfax County and that her ancestors called the land “our fertile country.”

Too many people in the area talk about Native Americans in the past tense, a notion she called “a misconception,” adding, “We are still here. Although the English stole our fruit and cut down our trees, our roots are still here.”

She noted that there are 5,000-year-old petroglyphs at Great Falls. The site of today’s National Zoo in Washington, D.C., was once a part of quarry, she said, and her great-grandfather from Fairfax County worked there. 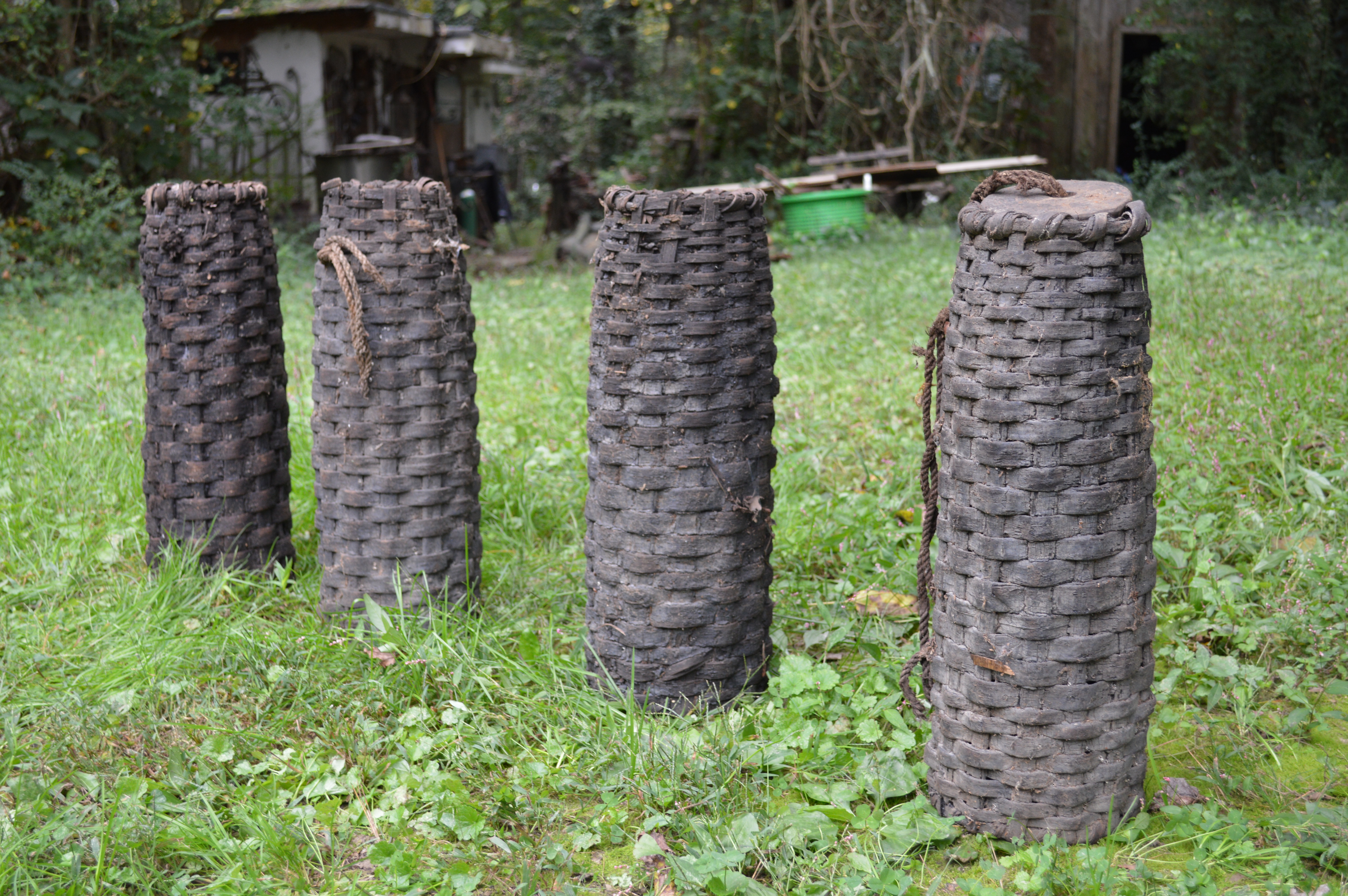 “Tauxenent was our main village,” Powhatan said, believed to be near the mouth of the Occoquan River. Today’s Tauxemont community in Mount Vernon was named after this village. The indigenous concept of homeland means “your village is looking out for you, a continuing tradition today,” she said. John Smith did not venture very far beyond the Potomac River and visit inland villages. Today’s highways were preceded by waterways, “our ancient highway system,” she said.

Her mother’s family was in the King William County Pamunkey tribe, part of the Powhatan Paramountcy of 32 Indian nations when the English arrived. The Pamunkey tribe became Virginia’s first federally-recognized tribe in 2016. The federal government recognized six more Virginia tribes in 2018.

The first, eel pots, are woven, white oak, basket-type traps, 21 inches tall, eight inches at the base and six inches at the top. The smaller end has a wood cork and rope that attaches to a line with 50 or so pots. Native Americans dipped them in tar to blacken and preserve them and increase their appeal because eels are attracted to dark colors, Hatch said. Eels would swim into the baited pots and become captured. Records have documented use of these eel pots until the 1980s. Hatch teaches people how to make eel pots, to preserve this traditional craft of his people. Eel pots are “entangled with the Patawomeck identity,” he said.

He also described how Native Americans constructed and used carp pens, u-shaped structures of rough-cut lumber supported by rails and used to catch fish in tidal creeks, like Powell’s Creek in today’s Prince William County, Aquia Creek in Stafford County and Potomac Creek in Stafford and King William Counties. They were in their heyday from the 1940s to the 1970s, he said. Chesapeake Bay watermen also used carp pens until around 1980. Anglers removed the trapped carp with a seine, a kind of net. Carp pens are gone, but they illustrate how indigenous people adapt to changing times, Hatch said.

“Fishing connects all of us across cultures,” Hatch said. “Since time immemorial, we’ve relied on waters of rivers and creeks. They shape our culture. We continue to be haunted by waters.”

The History Commission gave two distinguished service awards, one to Jeff Clark, Fairfax County Public Schools, who produced over 200 videos and other documents on the history of the county’s public schools.

Another award went to Maura Keaney, a Laurel Ridge Elementary School fifth-grade teacher, whose students prepared the successful nomination of a historical marker honoring Ona Judge, an enslaved African American woman who escaped from George and Martha Washington in Philadelphia in 1796 as they prepared to return to Virginia. Officials unveiled the new marker at Mount Vernon on Juneteenth, June 19, 2021.

Garvey-Hodge announced that the History Commission is developing a research inventory of materials on the histories of African American communities. It will include buildings, cemeteries, street names, road markers, family records, oral histories and more.

The conference was the first of a four-part series chronicling the people who have called Fairfax County home.