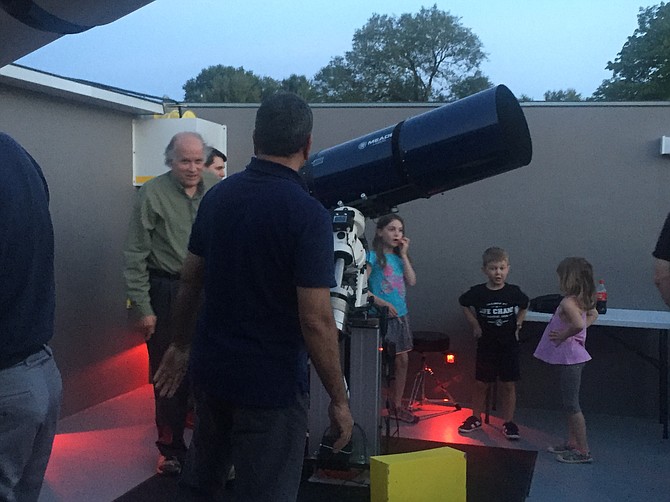 A visitor to Observatory Park at Turner Farm enjoys use of one of the large telescopes. 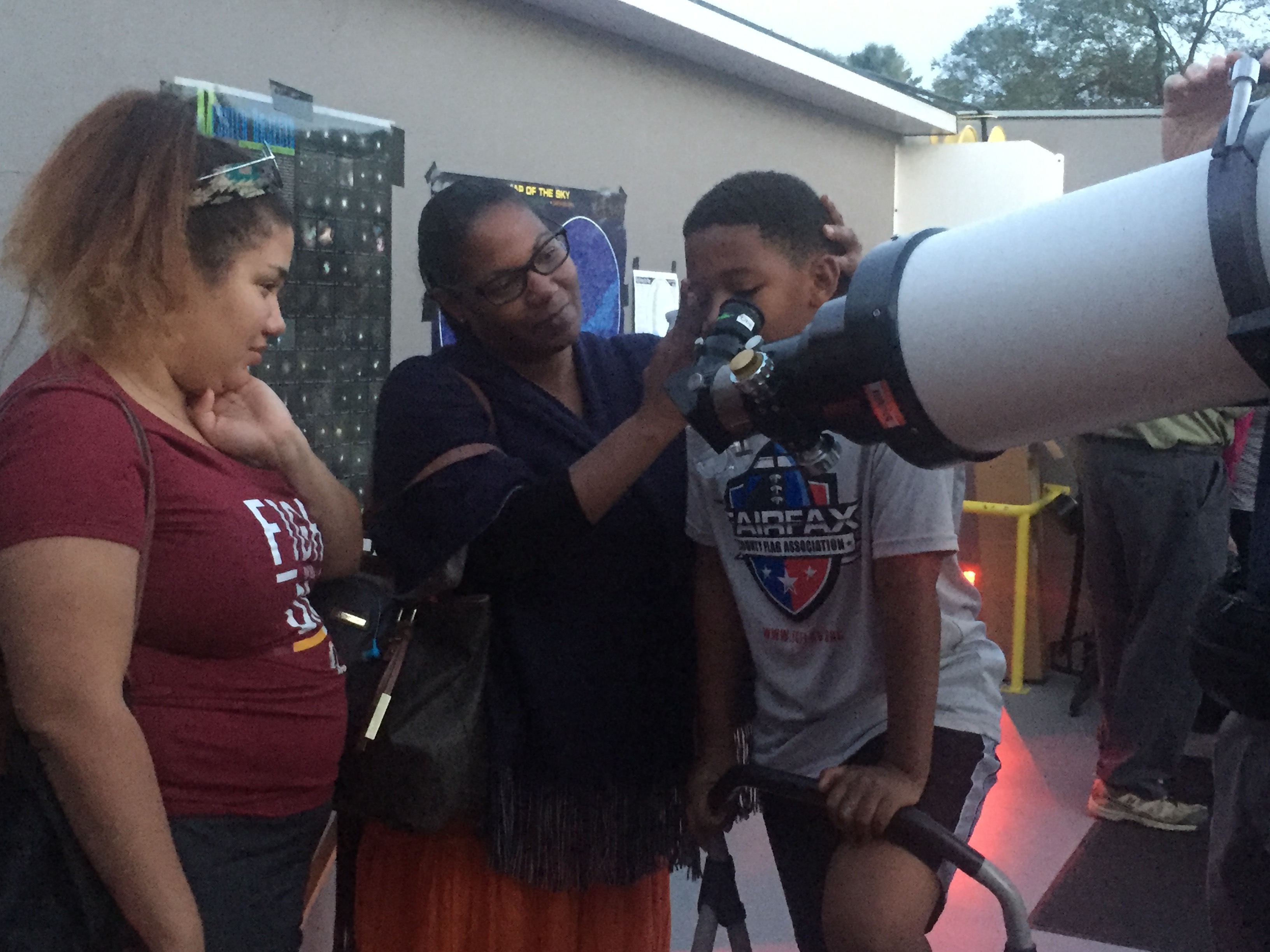 A family takes turns seeing objects in the night sky through one of the large telescopes at Observatory Park at Turner Farm.
On Oct. 3, 2021, 35-acre Stacey Park in the City of Olivette, Missouri, received designation by International Dark-Sky Association as the world’s fourth Urban Night Sky Place. Perhaps, in a year or two, Observatory Park at Turner Farm in Great Falls will receive a similar designation, thanks to a resolution put forth by Supervisor John W. Foust (Dranesville).

At the regular meeting of the Fairfax County Board of Supervisors held Tuesday, Oct. 5, 2021, Foust brought forward a board matter supporting the Park Authority’s nomination of Observatory Park at Turner Farm in Great Falls to be designated as an Urban Night Sky Place. The Board unanimously approved the resolution.

Foust said that the International Dark Sky Places [conservation] program offers five types of designations, one of which was Urban Night Sky Places. These are sites near or surrounded by large urban environs whose planning and design promote an authentic nighttime experience. “They do so in the midst of significant artificial light at night,” according to the Association’s website.

Foust said that one of the County’s environmental goals has been to reduce light pollution. Part of the Board’s 2020 Work Program, he added an item to establish lighting provisions to protect dark skies around astronomical facilities.

What Foust referenced was the Public Commission Meeting held on Jan. 15, 2020. In a follow-on motion to Zoning Ordinance Amendment Article 14: Outdoor Lighting and Related Provisions, Countywide. The planning commission recommended that the Board of Supervisors review additional zoning provisions for Park dark skies around astronomical facilities.

Observatory Park at Turner Farm features an orientation room used for educational programs and an Observation Room with three telescopes.

The Great Falls Citizens Association and the Analemma Society submitted letters of support for the Park Authority’s nomination. In an interview with Jennifer Falcone of GFCA, she said that a designation is “totally separate from a zoning amendment.”

The designation of Observatory Park being an urban night sky place will further the objective of protecting the night sky around it, said Falcone. She added that a designation is not a requirement; they are unrelated in that one is not dependent on the other. “It’s more about the education of lighting and how it affects the community,” she said.

“A zoning amendment would place restrictions around the observatory and would become part of the binding Zoning Ordinance of Fairfax County.”

Urban Night Sky Places
UNSPs are sites near or surrounded by large urban environs whose planning and design actively promote an authentic nighttime experience in the midst of significant artificial light at night, and that otherwise do not qualify for designation within any other International Dark Sky Places category.

The Analemma Society holds Friday Night Public Viewing Sessions at Turner Farm in Great Falls  from 7:30 - 9:30 p.m. These public observing sessions at Observatory Park are open to all.

With the roll-top observatory operational, volunteers will be available to help the public use the newly mounted telescopes.

The public is invited to bring their own telescopes and set up outside the roll-top or their own binoculars for observing. There is a lot to see in the night sky. On some of our Friday night sessions, we have had more than 100 visitors.

People can sign up with Fairfax County Parktakes for courses at Observatory Park at our roll-top observatory and educational classroom at Turner Farm.

Check the pbserving page for the Clear Sky Chart and Analemma Tweets @AnalemmaSociety for last minute messages and possible cancellation for cloudy skies. Wear appropriate clothing — nights can be chilly. The roll-top observatory has an enclosed classroom, but the observatory room is not heated and is open to the sky.