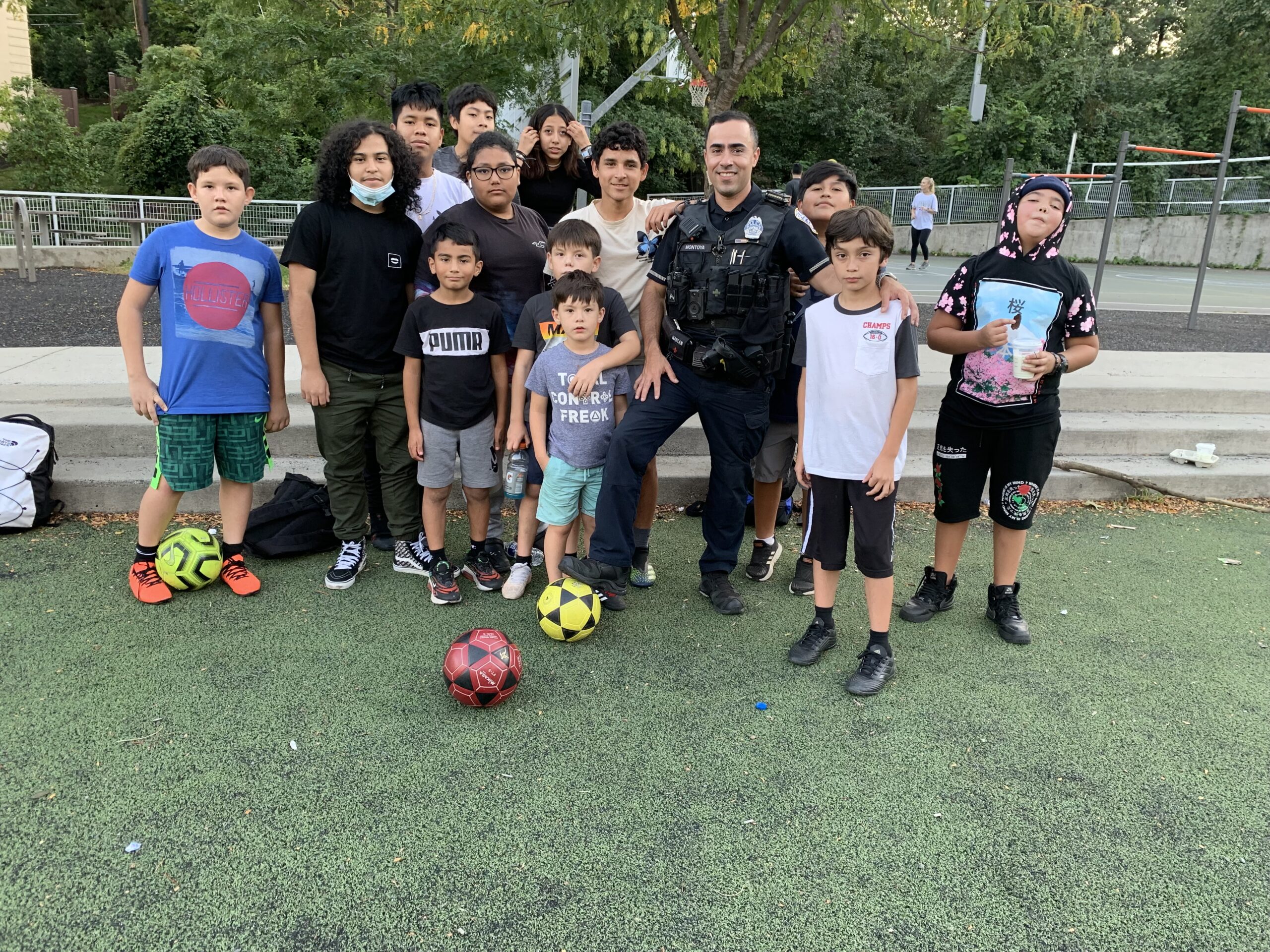 Corporal J. P. Montoya with local children.
Corporal J. P. Montoya was appointed to a new position of Latino Liaison Officer for the Arlington County Police Department (ACPD) on Oct. 15. According to the U.S. Census Bureau, 15.6 percent of Arlington’s population identifies as Hispanic or Latino, and in conversations with the community in recent months, there were requests for additional outreach within that community.

The Department recognizes that crimes may go unreported due to suspicions about the police department, sometimes a legacy carried with Latinos to the U.S. from their home countries, or immigration concerns. One of the responsibilities of the Latino Liaison Officer will be to build trust and to ensure equitable access to police assistance. These efforts will include information on state and local laws, Constitutional rights, how to report and to prevent crime. This is part of a wider commitment to strengthen community engagement practices across Arlington.

Born and raised in Medellin, Colombia, Corporal Montoya moved to the United States when he was 19 years old. Corporal Montoya joined the ACPD in 2018 after serving in the Marines for 10 years.

In 2009, while deployed to Camp Ramadi, Iraq, he became a US Citizen with more than 200 military service members during a ceremony held at Camp Victory, Baghdad, Iraq. While deployed to Delaram II, Afghanistan in 2011, Corporal Montoya sustained an injury during combat and was subsequently awarded a Purple Heart.

He served the remainder of his service in Washington, D.C. where he supported the 2013  Presidential Inauguration, more than 100 funerals and 115 evening and sunset parades at the Marine Barracks.

Since joining ACPD as a patrol officer in 2018, he has served as a member of the Department’s honor guard and actively works with recruitment to provide information at career fairs, military bases and community sessions to attract prospective applicants.

To contact the Latino Liaison office as a resource, email ACPDLatinoLiaison@arlingtonva.us. Emergency calls or crimes in progress should use the Emergency Communications Center at 703-558-2222 or 911.