Pinwheels for Prevention in Alexandria
Votes

Pinwheels for Prevention in Alexandria 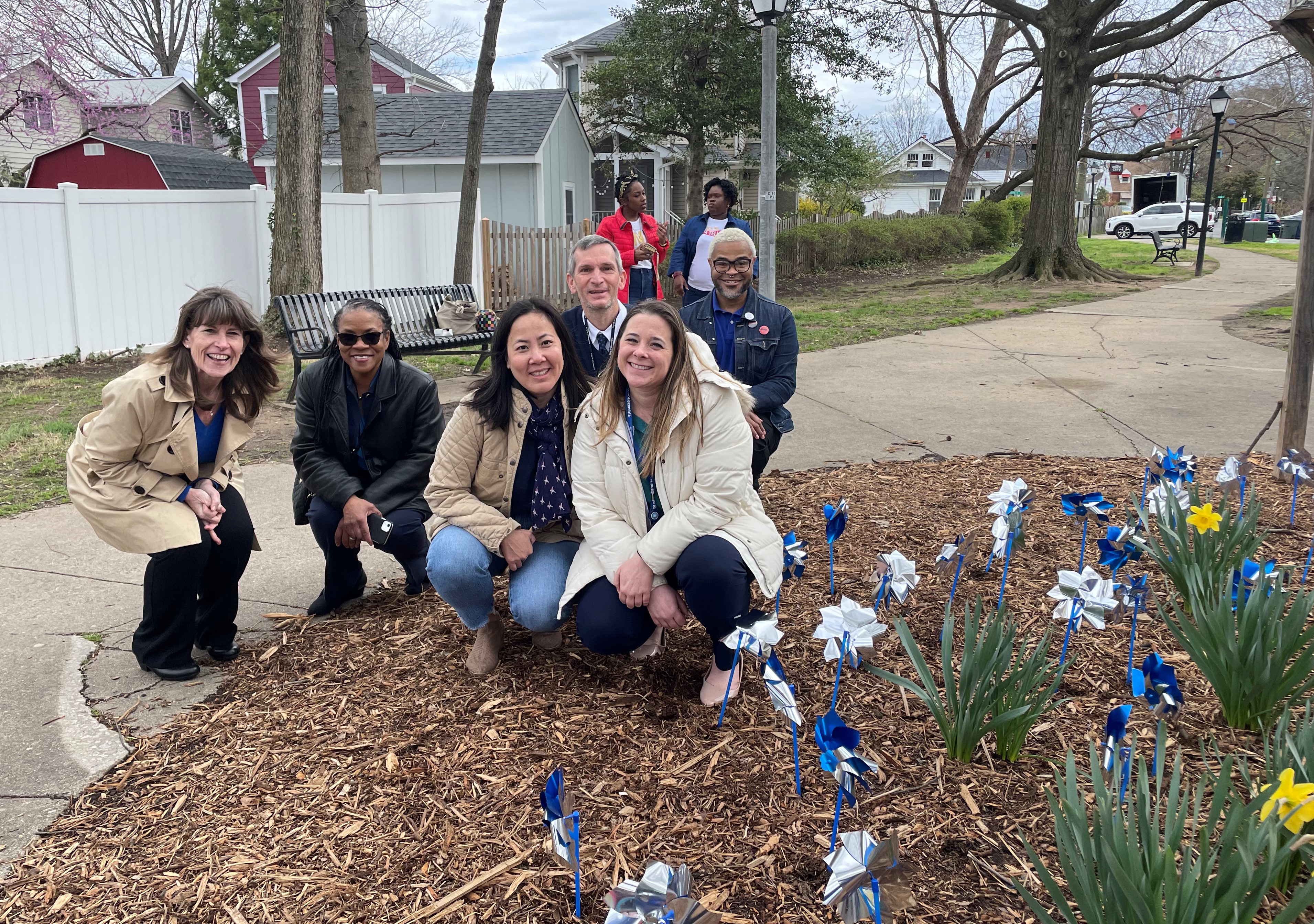 Kate Garvey, Director of Human Services, and staff at the planting of the Pinwheel Garden April 1 at Charles Hill Park in Del Ray. Pinwheels are the national symbol for child abuse prevention.

“Pinwheels are the national symbol for child abuse prevention,” said Pat Miller of Alexandria Celebrates Women, the organizer of the event. “All across the United States people are creating blue and white pinwheel gardens and that is what we have created here today.”

Alexandria Celebrates Women worked with local Artist C. Alexandria-Bernard Thomas to create the garden of paper pinwheels, which will be on display throughout the month.

“We hope people will make their own pinwheels and bring them and plant them also,” added Miller.

“I want others to know they are not alone.”

Prevent Child Abuse America started the Pinwheels for Prevention campaign in 2008 to create a national effort to change the public’s beliefs and behaviors regarding child abuse and neglect prevention. Thomas spearheaded the idea to bring awareness to Alexandria by fusing poetry and advocacy to support children and families affected by abuse.

Wilson read a proclamation naming the month of April Child Abuse Awareness Month for Alexandria. He was joined in planting pinwheels by other local officials and Thomas, who is a survivor of child abuse.

“I am a survivor of child abuse and when I was growing up I did not have this sort of solidarity,” Thomas said. “I was left to fend for myself so I want to provide a resource to people who need this type of love and solidarity.  It’s lonely when you don’t have someone who can understand you so I want others to know they are not alone.”

April has been designated Child Abuse Prevention Month since 1983. In 2016 President Barack Obama issued a proclamation stating: "During National Child Abuse Prevention Month, we recommit to giving every child a chance to succeed and to ensuring that every child grows up in a safe, stable, and nurturing environment that is free from abuse and neglect."