Bamboo Is in County’s Crosshairs in Burke
Votes

Bamboo Is in County’s Crosshairs in Burke

Plant might offer privacy along property lines but quickly gets out of control; choosing native plants and trees is safer. 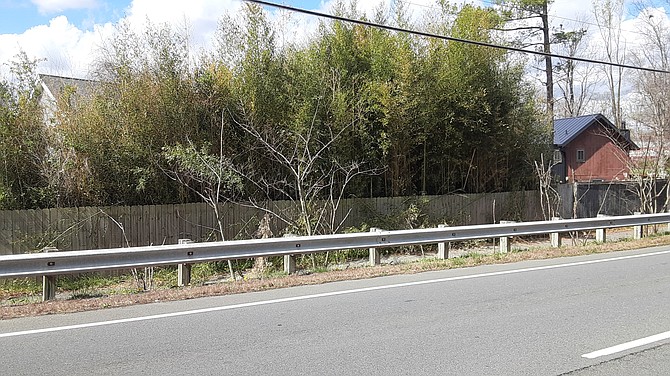 Along Rolling Road, a backyard is full of bamboo

At Burke Nursery, it’s no secret that bamboo is not for everyone. Although they sell two kinds of bamboo plants, everyone seems to know that it’s “very invasive,” said John Sullivan, a plant expert there in the nursery. His grandfather started with three plants at the house where Sullivan lives, and now it’s getting out of hand. “We have to cut it back at least once a year,” he said.

The nursery does carry Rufa clumping bamboo and golden bamboo varieties. Rufa claims: “Finally! A bamboo that behaves,” or so it says on the label, while Golden is a rapidly growing plant that can be invasive, the label reads. “I don’t know how much I’d rely on that,” Sullivan said of the labels. 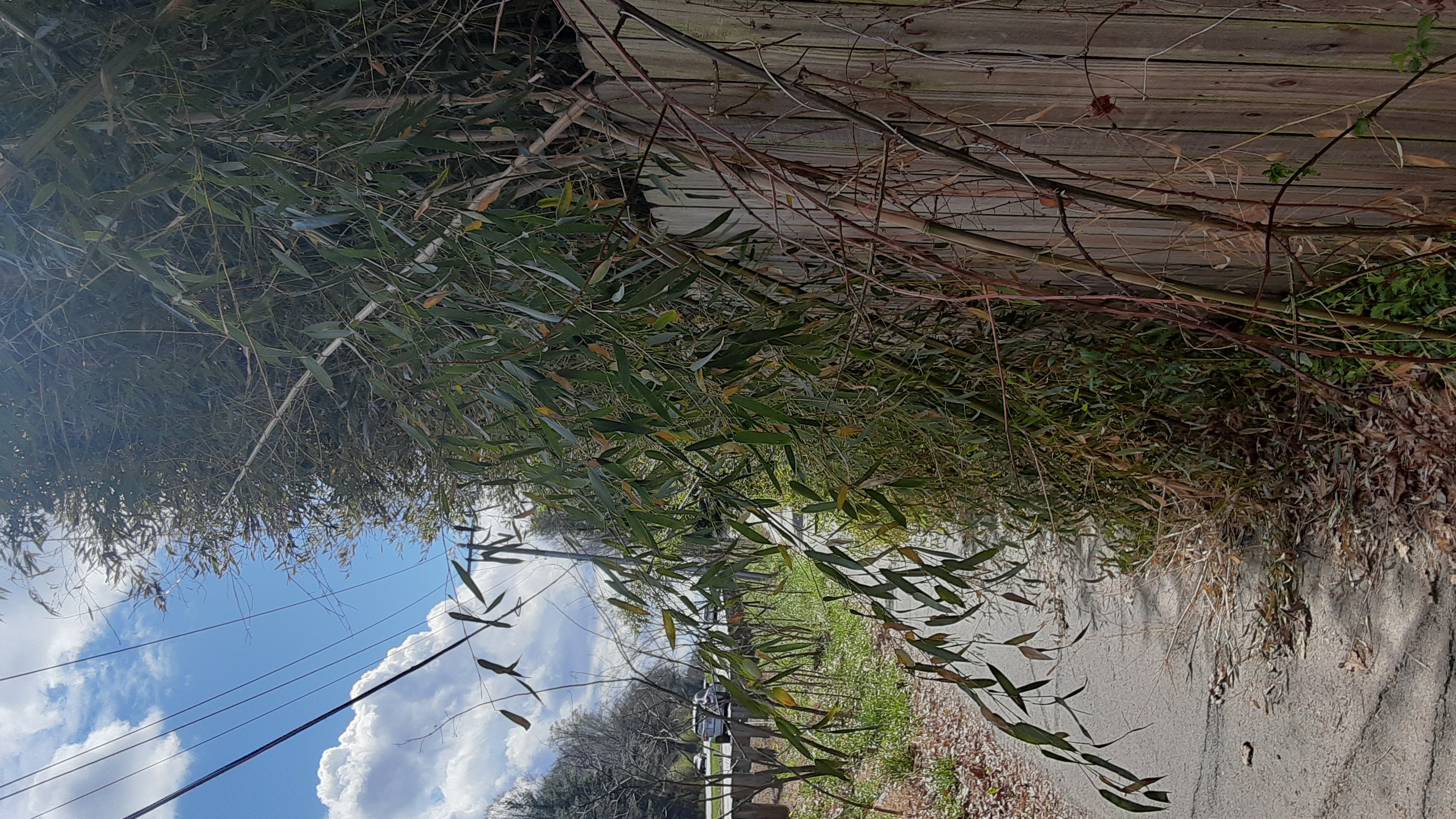 Looking north along Rolling Road, the bamboo is reaching past the fence.

Over on Rolling Road, there is a yard that backs up to the road that is overgrown with bamboo to the point that it’s going through the fence out onto the sidewalk. Another case of an invasive species that’s not native to Virginia.

Fairfax County stepped in though, and they are trying to control it with the Running Bamboo rule. Virginia Code § 15.2-901.1 that defines “running bamboo” as “any bamboo that is characterized by aggressive spreading behavior, including species in the genus Phyllostachys.”

To prevent this, the county recommends maintaining a minimum of 10 feet between the edge of the bamboo and the property right-of-way line. Then residents should go as far as installing a "containment measure," and regularly check it and cut off "rhizomes” which are like roots.

Some county residents are using bamboo as a privacy hedge for screening purposes, and due to the nature of the plant, and how thick a patch can get. “Running bamboo can aggressively take over yards, traveling and spreading as much as 15-feet horizontally per year as the rhizomes grow underground like tentacles and push up new cane stalks,” county information says.

It does jump from yard to yard, and that’s when issues start. Frank Anderson, the Chief of Staff for Supervisor James R. Walkinshaw (D-Braddock), has gotten a couple of calls from residents about bamboo. “State law only gives us a few options to address bamboo and it’s by no means an option to eliminate the plant, but rather to prevent it from spreading from one property to another,” he said.

They say that good fences make good neighbors and controlling bamboo may be part of that. It's a neighbor courtesy thing at first, but if it becomes a bigger issue, the county can step in and "invoice property owners for the cost of the cut if they do not comply after receiving notice of a violation," county bamboo information originally stated. Through further discussion with the Board of Supervisors, the county has moved to avoid the fines for bamboo and instead, issue more outreach and education on how to contain it.

Walkinshaw’s focus will be on “educating residents about the invasive nature of running bamboo and the various methods to prevent it from spreading,” it said in his newsletter.

According to Patricia Pearl Greenberg, the Invasive Management Area Program Manager at Fairfax County, bamboo spreading to parkland is also getting some attention. Greenberg noted that they have received complaints and recorded over 200 acres of bamboo on county parkland. Bamboo is tough to get rid of. "Successfully removing bamboo is typically much more expensive than management of other invasive plants because it requires 2-5 years of herbicide treatment for its eradication," Greenberg said.

FCPA’s Invasive Management Area program currently receives $300,000 of funding to remove invasive plants on FCPA property, “but this is a volunteer program and volunteer teams are not usually appropriate for removing bamboo due to the hazards and rigor associated with manual removal," she said. "We are keeping an inventory of all bamboo patches on Fairfax County Park Authority property should there be future funding avenues and mechanisms dedicated and approved for its control."

Bamboo does have a place in Northern Virginia as a desirable material for wood flooring. It's cheaper and more durable, said Family Handyman. Bamboo isn't classified as a "wood," but more of a type of grass, they said. The type most often used for flooring is called “Moso” bamboo, from China and other parts of Asia.

There are downsides to the use of bamboo for flooring. Moisture affects it easily and it can never be sanded down and refinished like wood can.