Honoring a Hero in Alexandria
Votes

Honoring a Hero in Alexandria 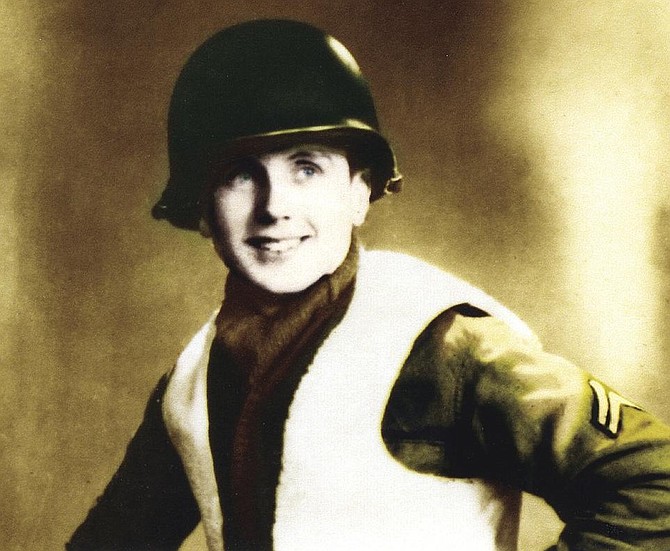 J. David Bailey, veteran of World War II’s Battle of the Bulge, is pictured in uniform as a corporal infantryman. The 100-year-old Alexandria resident joined the U.S. Army in 1942.

It was one of the best kept secrets of World War II.  On Dec. 16, 1944, the sleepy Ardennes countryside of far eastern Belgium was awakened by a surprise German attack that became known as the Battle of the Bulge.

The battle was the last major offensive on the Western Front and the largest and bloodiest fought by American forces in WWII. Alexandria resident J. David Bailey, at the time a corporal in the U.S. Army, survived the battle and on April 5, 2022 he was honored in Market Square in celebration of his 100th birthday.

“It is one of the most singular experiences that has protected our world from tyranny and this gentleman right here was part of that.

Congressman Don Beyer and Mayor Justin Wilson were among the dignitaries on hand to pay tribute to Bailey, who is the last known living survivor of the Battle of the Bulge.

“The Battle of the Bulge was one of the largest, most deadly battles our nation has even been involved with,” Wilson said. “It is one of the most singular experiences that has protected our world from tyranny and this gentleman right here was part of that. He took up arms and defended our freedom a generation ago and I thank him for his incredible commitment to our nation.” 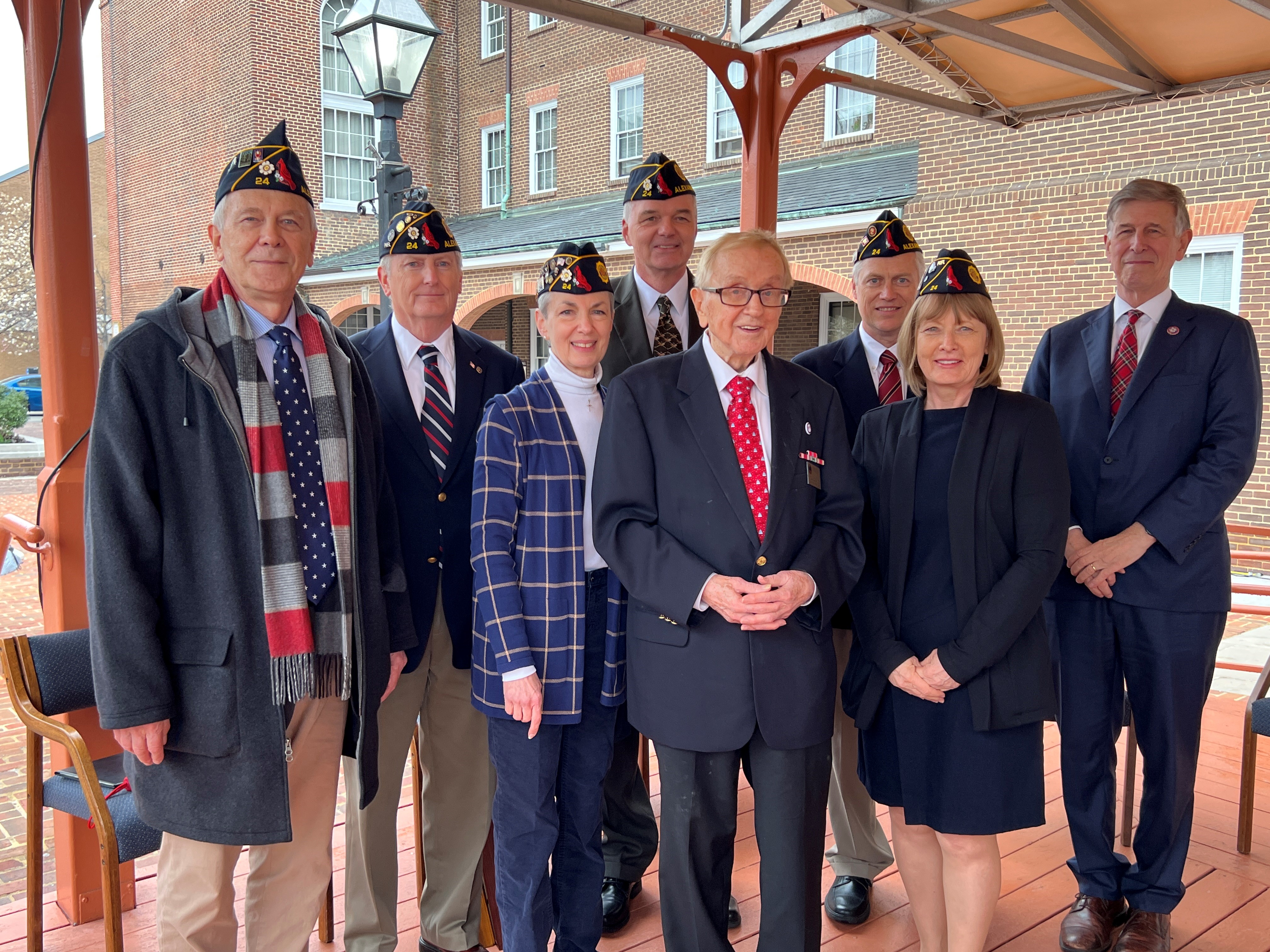 Wilson presented Bailey with a key to the city while a representative from Sen. Mark Warner’s office presented him with a flag that was flown over the U.S. Capitol.

Beyer’s father-in-law, Dr. Frank Carrol, was also a veteran of the Battle of the Bulge and wounded Jan. 25, 1945, the final day of the campaign.

“This was perhaps the most important battle of the war,” Beyer said. “As the world once again sees tyranny in Europe's backyard, we are reminded and thankful for the patriotism, the heroism, the endurance of Mr. Bailey and his fellow G.I.’s who triumphed and brought us all freedom.”

Bailey, an active member of Washington Street Methodist Church, was born Jan. 3, 1922, in Bluefield, W. Va., and joined the army in 1942. When he took to the podium, he focused his remarks on his fellow soldiers.

“Make no mistake about it, this is not only to honor me,” Bailey said, “this is about the 16 million Americans who for over a period of three-and-a-half years served their country at their very best.”

Bailey was part of the 422nd regiment of the 106th Infantry Division. He is the recipient of the French Legion of Honour medal, Combat Infantry Badge, two Bronze Stars, four Battle Stars and four Service ribbons. He was honorably discharged Nov. 24, 1945.