Next Generation of Titans Head To Texas
Votes

Next Generation of Titans Head To Texas

“Winning Chairman’s felt like the culmination of years of hard work and it felt so fantastic to see that work rewarded,” said Titan Robotics 5587 Team president Virginia Arnold. “I am really excited for Houston, especially after two years of being stuck under the pandemic.”

The student-led team has been around less than 10 years and regularly competes with teams that are much more established with big tech sponsorships.

During the competition, the teams join up with other school’s teams to compete as a unit. The Titans along with Severn, MD’s Archbishop Spalding High School Cavineers with 9 years experience, and Henrico County’s Deep Run High School’s large Blue Cheese team with two decades of experience, made it to the semi-finals, but they did not advance to the final round. 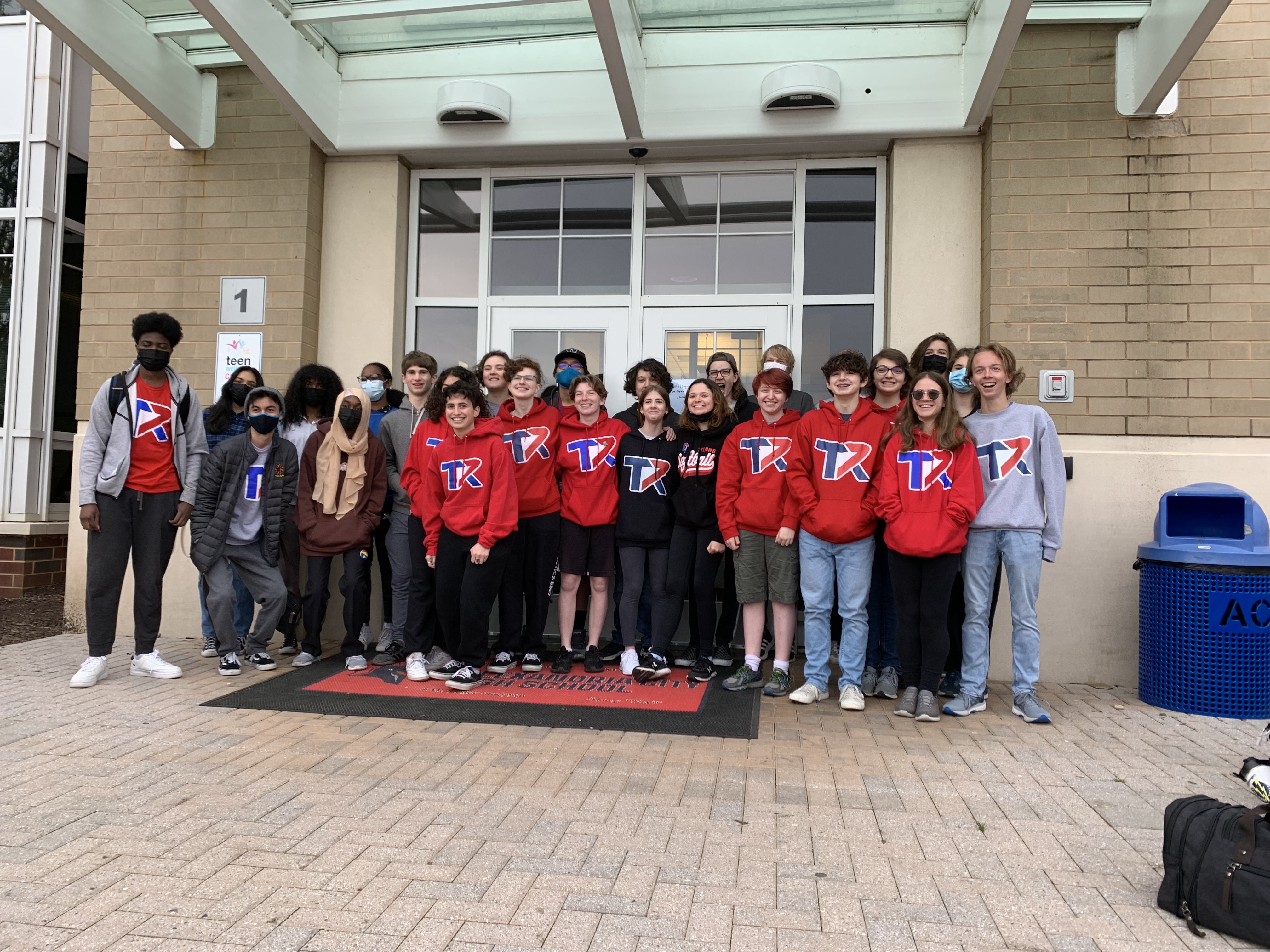 The District Championship was won by an alliance of three teams, the RoboBees made of  students from 7 different high schools in St. Mary’s County, MD, a 21 year-old club, the 15-year-old Triple Helix from Menchville High in Newport News, VA and James Madison High School’s team, the 620 Warbots who were founded in 2001. Together, the winning alliance represented 57 years of experience with FIRST robotics.

When Titan Robotics was knocked out of the elimination round in the quarterfinals, the team decided to submit for the Chairman’s Award which they had won at district level, making them eligible to compete for the Regional title. Considered the league's most prestigious prize, it is reserved for the team that reflects sustained excellence and impact within the FIRST community, as well as, in their home community and region. This win celebrates the Titan’s perseverance through the pandemic and qualified the Alexandria City High School team to go to the world championships in Houston.

“I’m excited for all our new members to see how amazing robotics can be. Going to Worlds in 2019 was one of the best experiences I had in high school,” said Arnold, who is a senior at ACHS.

ACHS students know the Remember the Titans story backwards and forwards. The movie about a moment in our city’s history when the newly integrated football team defied the odds and overcame racial tensions to unite our community with a winning season that took them to the state championships.

This is a new generation of Titans, playing a new kind of sport, but with the same kind of values. Titan Robotics welcomes any student who wants to join; no skills are necessary and there are no fees that could limit participation. The 25-plus members are diverse, inclusive and united in their desire to become the go to Science Technology Engineering Math (STEM) resource for Alexandria schools.

When COVID closed school doors, the Team stepped up, creating STEM lessons that they posted on YouTube to keep younger students engaged.

“Sharing our love of STEM and robotics is a huge priority for our team,” said sophomore Jack Pache.

Mentor and a founding parent, Christina Lytle said she is consistently inspired by the students. “The fun that happens while designing and building a robot for competition, engaging in the engineering process, is rather addictive.”

But it isn't all about the robot, the road to Houston has been paved with hard work, collaboration and inclusion. The team started competing in March and the successes piled up:

Team members are not all programmers and gear heads, they also fundraise, buy parts and budget. They also run summer camps for younger students in Alexandria.

“Our students interact with members of the Alexandria community on a regular basis,” said Lytle, before adding, “I can’t tell you how many times another adult has told me they didn’t realize they were communicating with a student until they met in person.”

Titan Robotics give back to the community in many ways, if you want to help the students pay for their trip to Houston please consider visiting their Go Fund Me Page https://gofund.me/84ae54f2 or through Spring2Action.