The title of many popular songs by well known artists, television episodes, and even a 1929 gangland murder, Valentine’s Day is a solid fixture in modern day Western pop culture. It’s origins and connections may have been lost to most of the love-struck, but the day has been celebrated annually on Feb. 14 since the Middle Ages. Thought to have been linked to the return of “lovebirds” in the Spring and their courtship behavior, today’s area couples are likely to employ exchanging greeting cards, candy, flowers, gifts of jewelry, or sharing a special romantic dinner for their demonstrations of love.

Sadly, though many may court and woo, not all are destined to find a perfect love to cherish through the years. A few successful married couples whose love has endured the test of time share their stories and hints for enjoying many Valentine Days to come with your special someone. 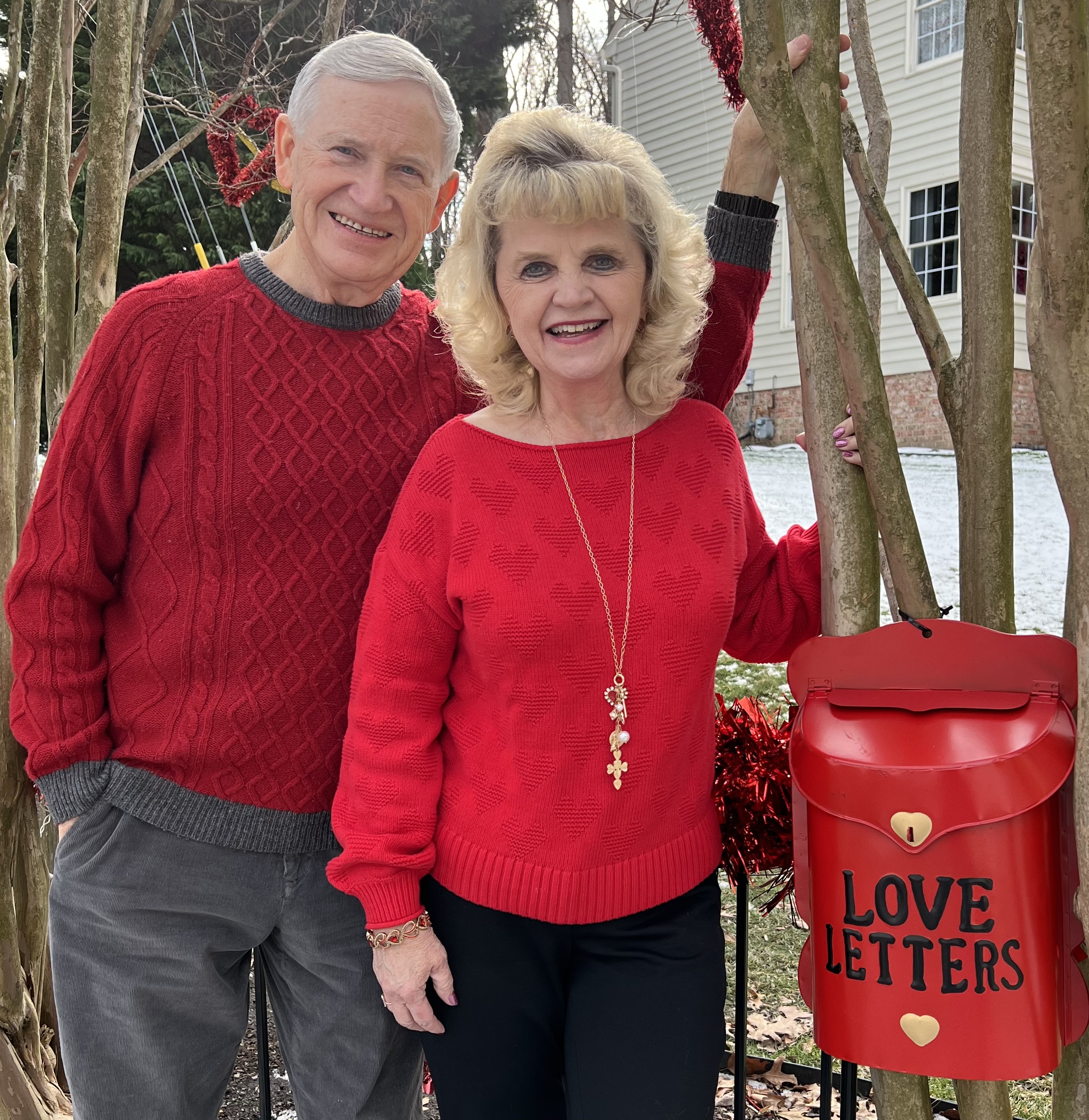 Larry and Jan Gould of Burke, married 47 years. They met in a church in Northern California. Larry had been roller skating with a cousin and came to Jan’s church the next day. Seeing Larry come in, Jan turned to her sister and asked, “WHO is that?” Larry and Jan are inseparable now, doing almost everything together. They say their friends don’t understand how they manage to share so much time together, including grocery and other shopping, providing company at each other’s doctor appointments, and seeing friends and having coffee together. They have established daily routines for walking, sharing coffee out in the afternoon and at home in the evening, and dining out most nights. They don’t celebrate Valentine’s Day, instead choosing to celebrate Jan’s birthday which falls the day before.  They typically go to dinner with friends, then all come home to help Jan open “a ton of gifts” and enjoy dessert.

Asked to explain how they’ve managed lasting love, Jan is quick to say that it doesn’t feel like 47 years together. She says Larry still acts like a kid and she enjoys his great sense of humor. Larry says he appreciates how smart Jan is. Jan suggests that turning a deaf ear has gotten them through the rare occasions when they disagree, and notes that a smart Larry clams up so as not to say anything hurtful in the moment. 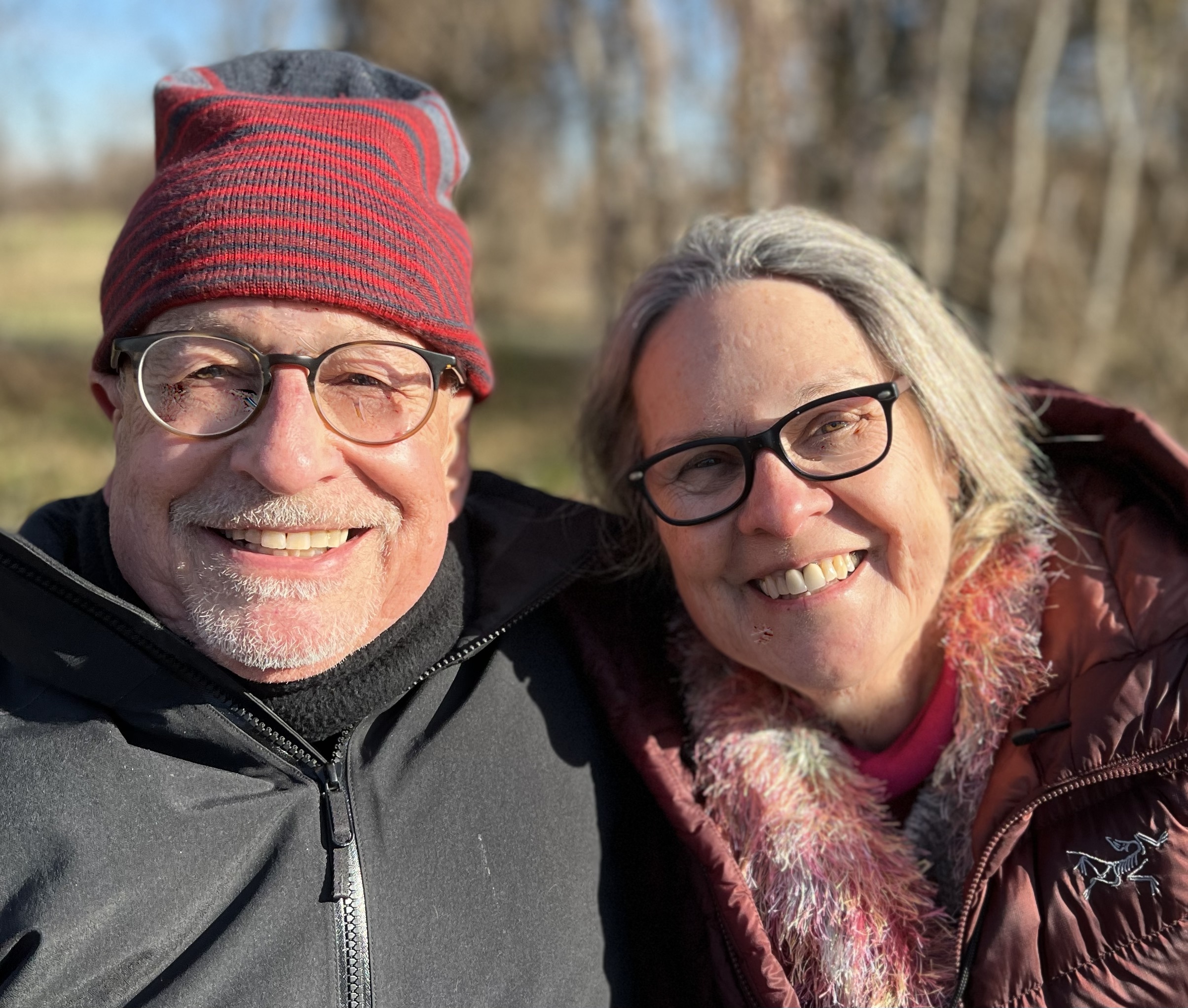 Andy and Evelyne Novins, Falls Church, married 51 1/2 years, met in school. At Rockford College, outside Chicago, Evelyn was an excellent student but was having trouble making sense of her accounting class.  She sought out a tutor and Andy came to her rescue. He’s rescued her quite a few more times in their years together, from twisted ankles while hiking, to several instances of lost phones. They enjoy spending time together walking their dogs, kayaking, mountain biking, and traveling. A favorite destination is Costa Rica, where they’ve spent considerable time; and on a trip to Italy they were able to combine their loves of travel and biking in a bicycling trip along the Poe River.

To celebrate Valentine’s Day, after trying dining out and finding it too crowded to enjoy, they stay home. Andy loves his hamburgers, so for their special dinner, Evelyn makes meatloaf in the Instapot. Heart-shaped, of course; as she says, “What could be more romantic than that?”

For their tip for lasting love: Evelyn quickly offers “luck.” Andy adds, “Having common interests and a few different interests.” They agree that having their dogs adds a dimension to their lives together that’s important, but difficult to describe, as they spend much time together walking and caring for their special pups. 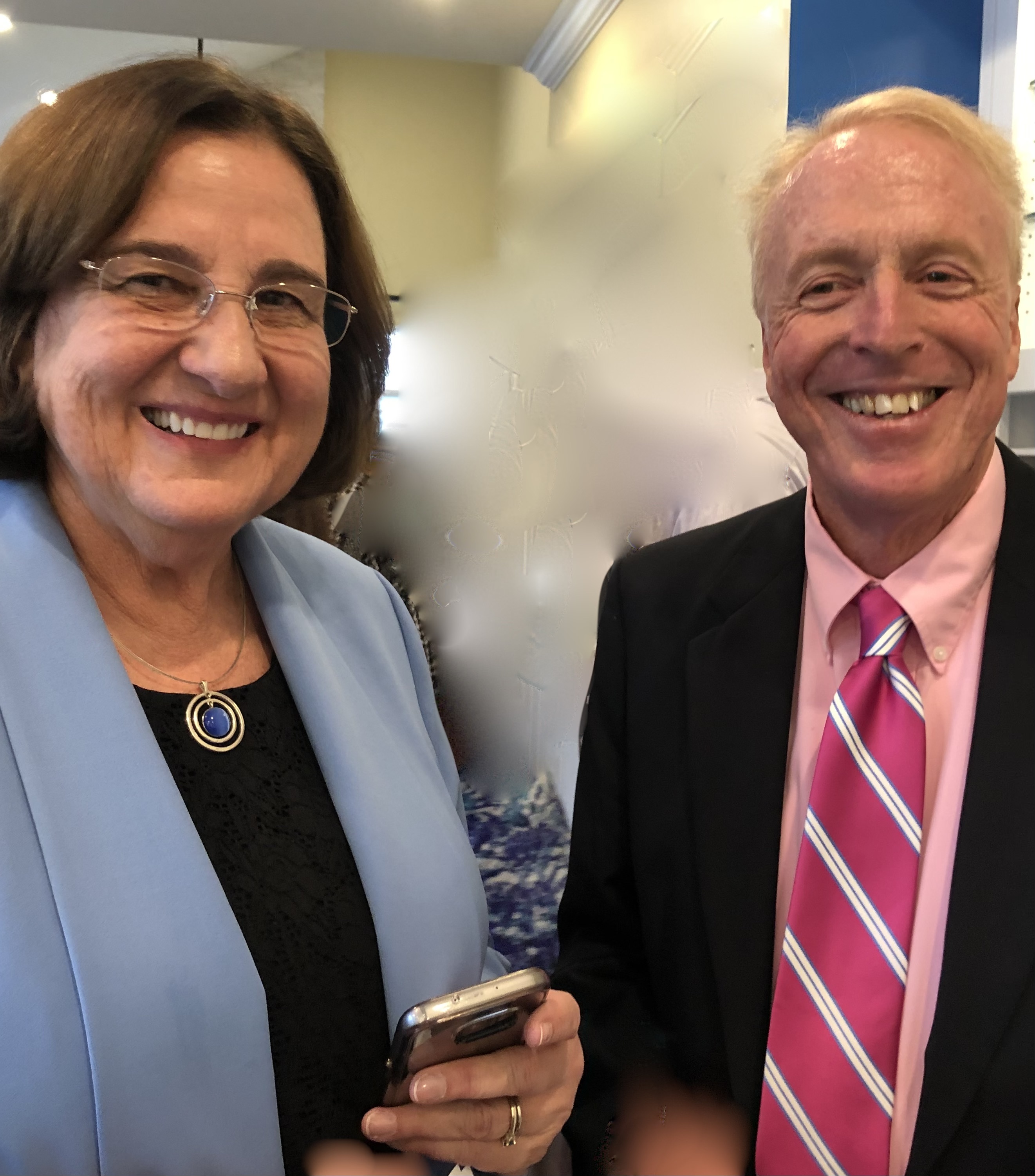 George and Jane Barker, Clifton, married 46 1/2 years. They met in  Massachusetts through a friend. Jane describes the meeting as “love at first sight.” On their first date they went to a Boston Celtics game; both being fans. Jane, who played basketball and several other sports, believes her sports interest was something that “sealed the deal” for George’s interest in her. She told her mother about meeting George early in their dating, saying, “I think he’s going to change my life.” Typically their Valentine’s Day celebrations must be postponed since George, serving as Virginia State Senator for the 39th District since 2008, is usually in Richmond for the General Assembly session. When he comes back on the weekend, he comes with flowers and they have a dinner out at a restaurant of her choosing.

Jane’s reflection on tips for lasting love: “I knew from the start he was a special, kind, generous person and he has never disappointed and continues to be a person I admire and love. Through the ups and downs of life he continues to be my support. His spirit and faith in God are big parts of our lives as well as other similar values.”

For all who find the thrill of love, in the words of the great American songwriter and musician, Bruce Springsteen, from his song Valentine’s Day:

It's pounding baby like it's gonna bust right on through

And it ain't gonna stop till I'm alone again with you”