Alexandria Police Sergeant Charlette Mitchell, a beloved officer in the community for 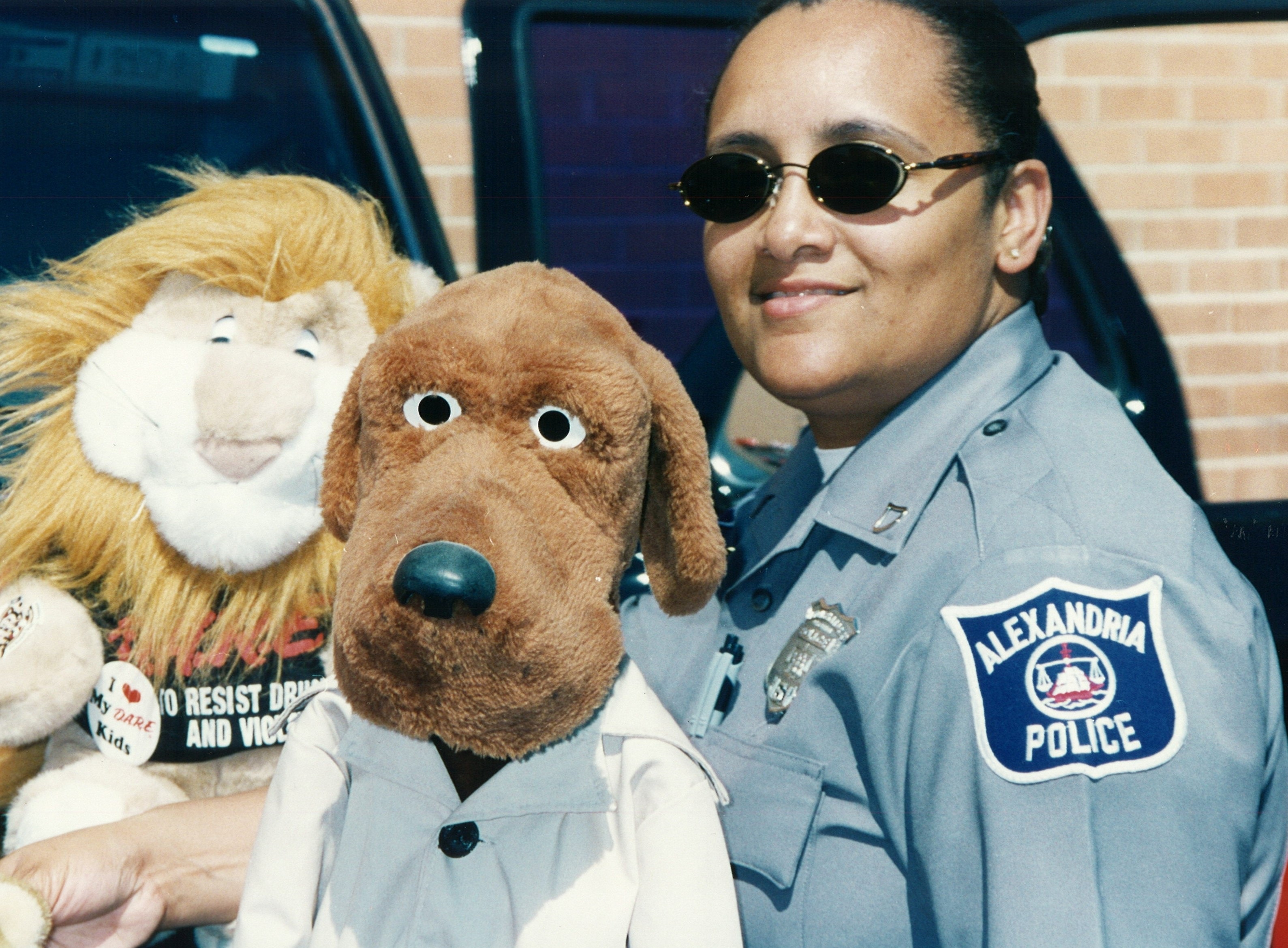 “It is with a grievous heart that I announce to you that Sergeant Charlette Mitchell died this morning after succumbing to her illness,” said Acting Police Chief Don Hayes in announcing Mitchell’s death to APD officers and staff. “Charlette was a good police officer, but she was an even better friend.”

Charlette Anita Mitchell, born Sept. 13, 1963, joined the Alexandria Police Department in November of 1987 as a Clerk Typist II in the Criminal Investigation Division. She became a police officer the following year and was sworn in on Aug. 10, 1988.

“[Charlette] didn’t try to pull the scare tactic card, she just tried to be a friendly, informative face, and she was.”

Mitchell was assigned to the evening and daylight patrol shifts until she was transferred to the Crime Prevention Unit to take over the D.A.R.E. program in July of 1997. It was there that she excelled and made her mark in the community.

“Charlette was a wonderful human who did her job as a D.A.R.E. officer so well,” said Mallory Lawhorne in a social media post. “She didn’t try to pull the scare tactic card, she just tried to be a friendly, informative face, and she was. She will be greatly missed.”

Added Hayes, “Charlette really excelled when she became the D.A.R.E. officer. Her goal was to always leave a position better than she received it.”

In addition to her work with the D.A.R.E. program, Mitchell started youth programs in the schools and in the city’s recreation centers.

“Charlette was instrumental in starting the Angels camp where she would take several young girls to the Police Youth Camp for a week of mentoring,” said Hayes. “Charlette loved teaching and mentoring the young people in the city of Alexandria and her impact in their lives paid dividends to our agency. She eventually became our Crime Prevention Officer were she creatively enhanced our CEPTED program and every other aspect of crime prevention throughout the city.”

In 2011, Mitchell was promoted to the rank of sergeant and assigned to patrol, parking enforcement and eventually as the Aide to the Chief of Police, the position she held at the time of her death. In addition to Hayes, Mitchell served under Chief Earl Cook, Acting Chief David Huchler, and Chief Michael Brown.

“Charlette was instrumental in making sure the Chief’s Office was brought into the 21st century,” said Hayes. “She also made sure Chiefs were always where they were supposed to be and that they always had what they needed to have. Sergeant Charlette Mitchell was a phenomenal person who always did her best to make us look good as an agency and she will be truly missed.”

A visitation for Mitchell will be held on Saturday, January 8, 2022, from 9 a.m. until noon in the Kauffman Auditorium of the Nannie J. Lee Memorial Recreation Center, 1108 Jefferson St. A memorial service will immediately follow the visitation at the same location.