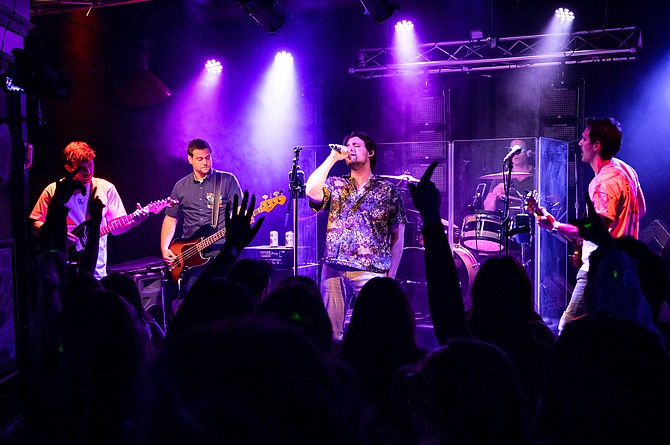 The Summer of George, is a local rock band that’s living it up this summer, playing house parties, local bars and a show at UVA, with an unconventional group name that came to one of the members while watching the sitcom Seinfeld. The “George,” is the quirky character George Castanza on the show and it just stuck.

“A lot of people will get it,” said drummer Nick Scyoc. “We’re throwing caution to the wind a lot,” he added.

That caution to the wind may come in the form of a police officer who came to bust up their loud show one time but ended up requesting a song. Or the mob of “young girls” that stormed the stage during their rendition of a Phil Collins tune. Those kinds of things are unplanned but add to the fun. “They kind of charged the stage, young girls hanging all over us,” said vocalist Ean Eschenburg, who kind of laughed it off.

Then there was the time the lead guitarist wrote their hit original “Drinking Smoking,” while he was on the way to Costco. “Sometimes it just clicks,” said Jon Kraft, the lead guitarist and songwriter. It sounds kind of like an Aerosmith song.

Drummer Nick agreed. “Songwriting is very much an evolutionary process, bouncing ideas off each other,” he added. The fourth member of the group is Jakob Markham on rhythm guitar.

It's clicking for the band though, and they're having the time of their lives rocking on stage while keeping it local. Eschenburg lives in Burke, Markham in DC, Kraft and Scyoc in Arlington. One time they hired a photographer for publicity, but it didn’t amount to much so social media is the extent of their publicity campaign. “Most of the time it’s just my girlfriend with her cellphone,” Eschenburg said. 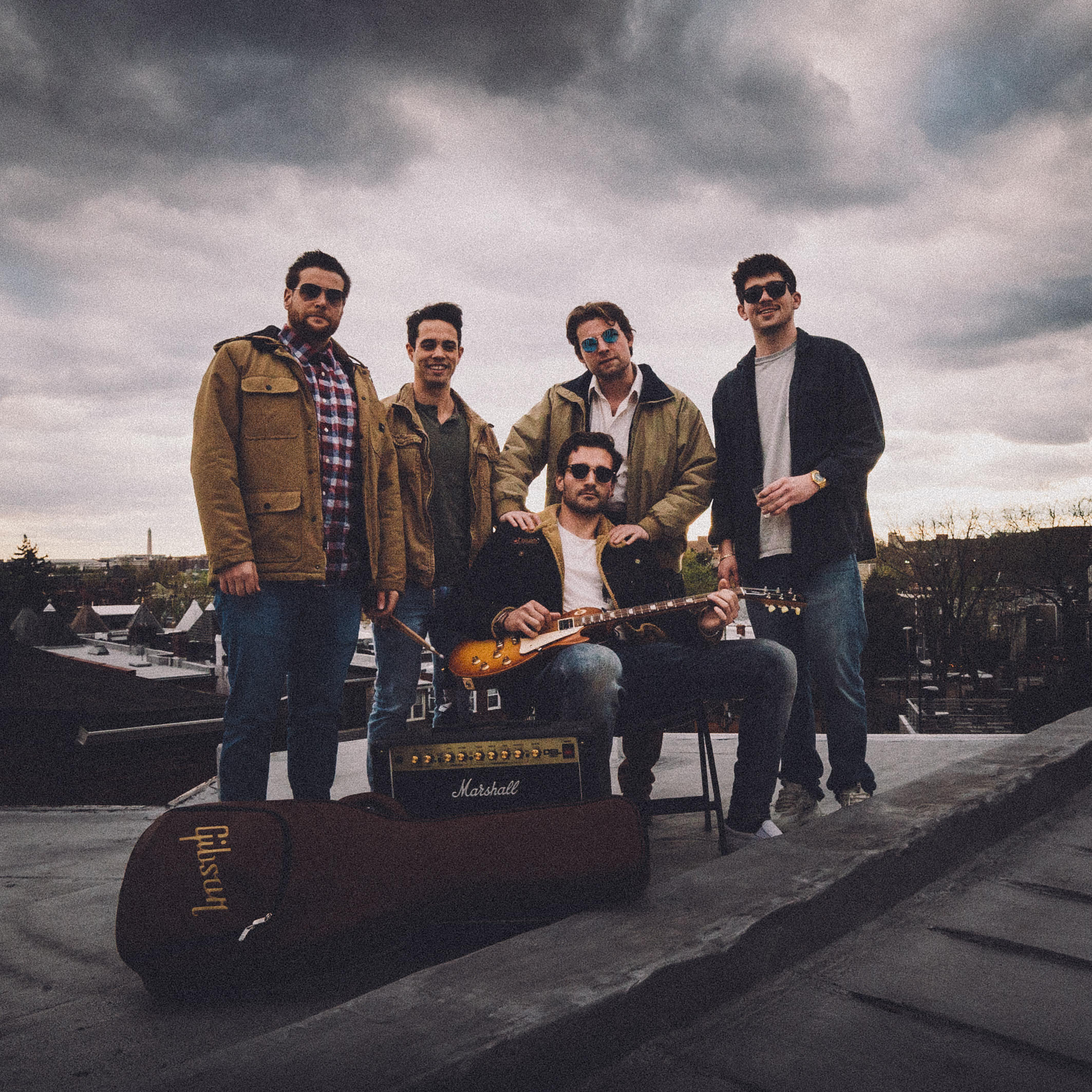 It’s hot, humid and loud for the Summer of George.

The Summer of George plays mainly cover tunes and throws in an original when the time is right. The crowds are there to party and there’s a lot of dancing and screaming, but this is life in a rock band, and it’s rarely a problem. Even when the cops come due to the level of noise coming off the stage.

“We always have the cops called on us,” Eschenburg said. One female officer, who was there to quash the noise, ended up requesting a song, “Sex on Fire,” by Kings of Leon.

Led Zeppelin covers are always part of the playlist, and other covers from the 1970s best-of list like Elton John, AC-DC and more recent pop-punk tunes. They throw in a country song occasionally.

“You’ve got to play to these kids what they want,” said Eschenburg.

There aren’t any tours planned anytime soon. They’re keeping it local, avoiding the travel to save money and build a reputation at the bars around the metro area. Word of mouth works well for them so when one nightclub owner likes their show, he tells the other club owners and they fill up their schedule that way.

Renegade in Arlington on July 22,

B Live in Clarendon on July 30