‘We Will Be Relentless’
Votes

‘We Will Be Relentless’ 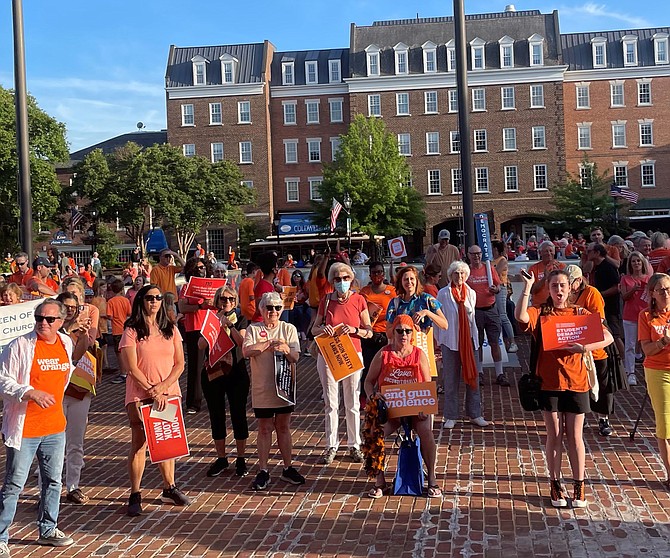 Held each year on the first Friday in June, the National Gun Violence Awareness Day rally kicked off Wear Orange Weekend to recognize those who have been impacted by gun violence in the U.S.

“Our primary goal tonight is to honor and remember the victims of gun violence,” said Kelly Johnson, the event lead for the Alexandria chapter of Moms Demand Action, an organization supporting stricter gun legislation.  “A strong second goal is to help people plug in. People care about this issue and don’t know what to do with their anger and sadness, particularly these last few weeks, so we have ways to plug them into the gun violence prevention movement.”

Rep. Don Beyer (D-8) was the keynote speaker at the rally.

Volunteers at the event read the names of each victim from the recent mass shootings in Buffalo, N.Y., and Uvalde, Texas, and honored the 1,065 victims of gun-related deaths in the state of Virginia each year.

“We also need to educate gun owners and community members about how to secure and store guns,” added Johnson at a table with information on Be Smart, the education division of Moms Demand Action. “We believe in fighting this battle on a number of fronts.”