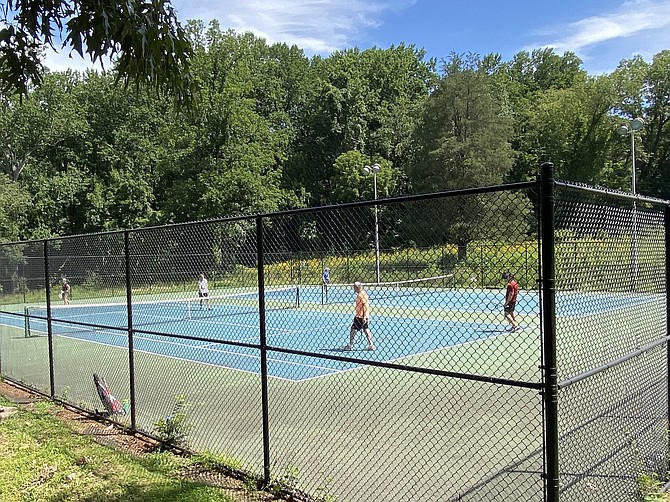 On Wednesday, March 2 the public is welcome to attend the virtual information meeting at 7 p.m. about the McLean Central Park Development Concept. It can be viewed online at www.publicinput.com/McLeanCentralPark or accessed by phone at 855-925-2801 and entering the access code 2881. Preregistration is optional.

Supervisor John Foust (D-Dranesville), who represents McLean on the Fairfax County Board of Supervisors, said before the meeting that he loves McLean Central Park and is excited that there is now funding to implement the plan. According to Foust, the park is a beautiful 28-acre gem, “with significant natural spaces and nice active recreation areas.”

“In 2013, after extensive public outreach, the Park Authority adopted a revised Master Plan that will make our great park even better,” he said.

McLean Central Park is located at 1468 Dolley Madison Boulevard, next to the McLean Community Center and the Dolley Madison Library. In addition to its natural setting, the popular park has tennis and basketball courts, playgrounds, and paths available to the community.

“I am especially pleased that there is still support for building an amphitheater,” Foust said. He added that he believes the amphitheater will serve as a much-needed community gathering place for McLean and a magnet that will attract many fun and exciting activities to the park.

As background to the McLean Central Park Development Project, a virtual meeting was held on May 24, 2021, to share an early development proposal. Through July 30, 2021, the public provided feedback on the concept. It was utilized to develop a newly revised concept. Its design is responsive to the proposals put forth by individuals and stakeholders interested in the project.

According to Foust, “Because of some good suggestions received during the recent public outreach effort, the Park Authority made changes to the proposed amphitheater that will make it even better.”

There will be a question and answer session during the Wednesday evening, March 2 meeting. The meeting will be recorded, and the presentation slides will be posted on the project website.

Comments regarding the revised concept plan will be accepted until April 1, 2022, and can be sent to McLeanCentralPark@publicinput.com. For more information, please visit the project webpage; or contact the Public Information Office at 703-324-8662 or via Parkmail@fairfaxcounty.gov.