‘One’ BRT Line Will Roll Down Route One in Mount Vernon

The unveiling highlighted advantages and a new look. 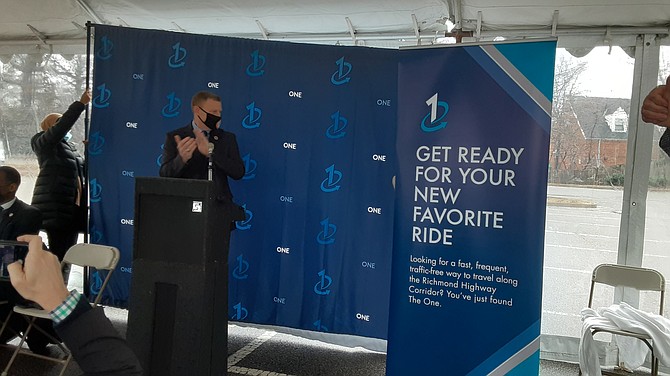 Chairman Jeff McKay is appreciative as the new logo and brand is unveiled.

The new bus rapid transit system that will one day operate on a central lane system up and down Richmond Highway is newly named just “One,” and puns flew around the launching event in reference to the name. 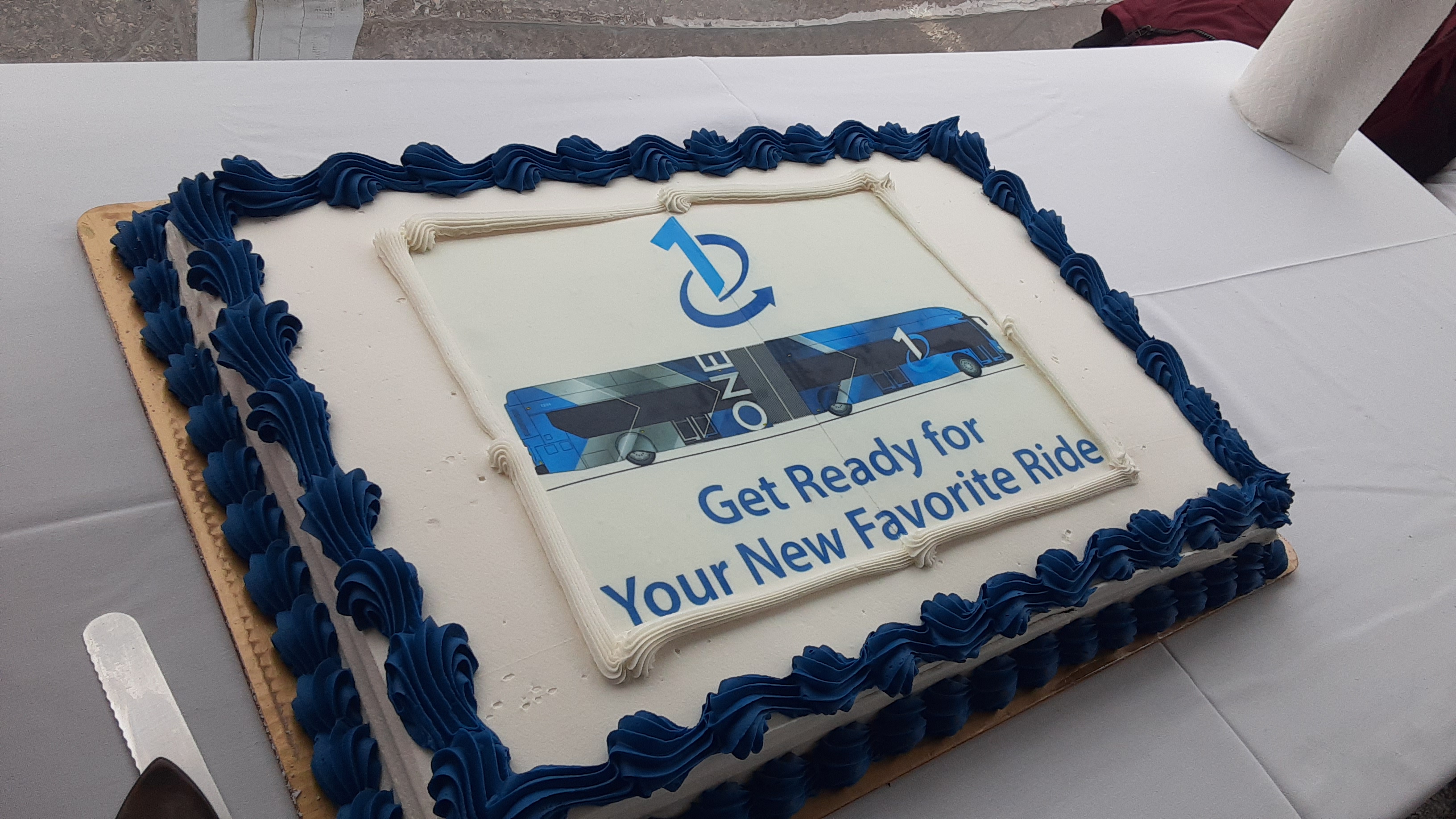 All it takes is “One” cake.

Supervisor Dan Storck (D-Mount Vernon) started it by reminding everyone that George Washington was the first president, the Mount Vernon corridor is the number one employment area, and it’s Route One. “I think we're number one across the board here,” he said, looking for agreement from Chairman Jeff McKay, who goes to events like this all week so there are other places that look for this designation too.

But it was all about the One BRT system, and a main point in the system that doesn’t hinge on the number one is the starting date, which is estimated to be in 2030, eight years from now. There is more than one thing being developed in the Richmond Highway corridor though, and residents are going to see several projects move forward in the coming years. There’s the widening of Richmond Highway which is being handled by the Virginia Department of Transportation and Fairfax County DOT. And then there’s the EMBARK Richmond Highway project, a multi-faceted project to greatly change the corridor when it’s completed. There is another “one,” involved here, and that is the price tag of $1 billion.

The One system will run on a separate lane that will be built in the middle of Richmond Highway, stopping at nine platforms throughout the corridor between the beltway in the north and Fort Belvoir in the south. The system will be in two sections, and the first section is planned for the stretch between the beltway and the Gum Springs station, with stops at Penn Daw, Beacon Hill Road, Lockheed Boulevard, and Hybla Valley. In section two, there will be stops at South County Center, Woodlawn and Fort Belvoir.

The stations will be more elaborate than existing bus stops. At the stations, there will be an elevated platform level with the bus, a longer station area and canopy, fare machines, messaging screens and better lighting. The system will use electric buses. The Fairfax Connector bus will continue to operate in this corridor on the outer lanes of traffic.

“When it’s complete, it will be the biggest BRT in Virginia,” said Monica Blackmon, the chief executive officer at the Northern Virginia Transportation Authority who was also at the unveiling. 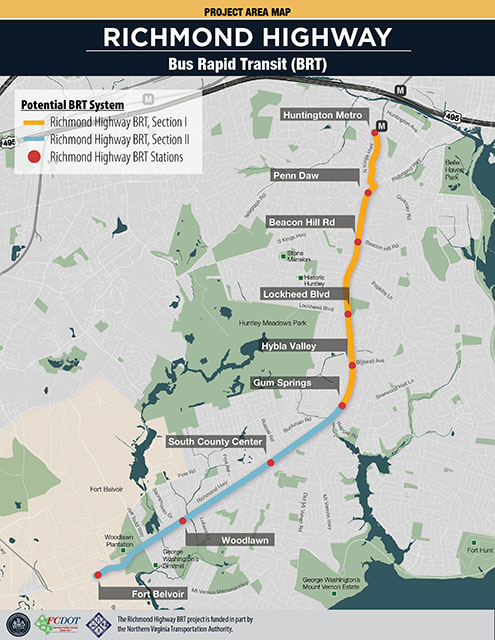 The “One” BRT line has nine stops planned.

Part of the corridor is in the Mount Vernon District and part in Lee District, so both Supervisor Storck and Rodney Lusk (D-Lee) are involved too.

But the whole project is under the umbrella of One Fairfax, as Lusk reminded the crowd at the unveiling. “It’s a critical element in creating one community,” he said.