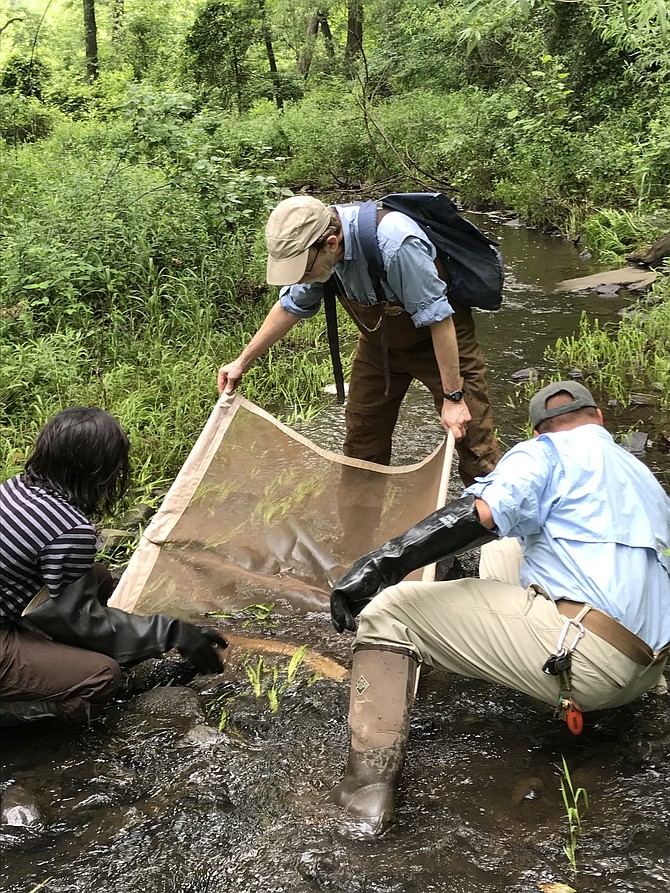 Reston’s environment is a matter that the Task Force considered.

The Fairfax County Planning Commission and Board of Supervisors are tentatively scheduled to hold public hearings early this fall on what could be the proposed Reston Comprehensive Plan that would address density and other issues, according to the Reston Task Force PowerPoint Presentation available on the county's website. Long gone are the early days in 2019 when the Fairfax County Planning Commission deferred the decision on a Proposed Zoning Ordinance Amendment that would address density provisions for the Reston PRC District.

Those opposed to the Plan flooded the Fairfax County Government Center dressed in identifiable yellow t-shirts at the Jan. 23, 2019 hearing before the planning commission. Density is being addressed again now.

The office of Hunter Mill District Supervisor Walter Alcorn (D) and Task Force members delivered for the second time, on March 2, the Task Force's interim recommendations for the 14 areas of the Reston Comprehensive Plan Study to a key stakeholder, Reston Association. It followed the initial meeting on Feb. 24 to present to the Reston Chamber of Commerce.

The meeting with Reston Association was the second of eight scheduled presentations during what will be a near 30-day whirlwind tour of the document, nearly two years in the making by the 31-member Task Force. The unabbreviated Plan Study, 173-pages in length, has been summarized into the Reston Task Force PowerPoint Presentation. https://www.fairfaxcounty.gov/planning-development/plan-amendments/reston-area-study

The morning after the presentation to RA, Alcorn hosted a virtual coffee media briefing. It allowed untangling some of the complicated issues reflected in the presentation.

Density, both where and how much, has historically been one of the most contentious issues in Reston. For years, it pitted neighbors, organizations, stakeholders, and developers against one another, most recently a year before the pandemic, as the Connection reported in "Decision on Reston Density Deferred in 2019." http://connectionarchives.com/PDF/2019/013019/Reston.pdf

Alcorn explained his intentions when he initiated a process for additional study and community input on the Comprehensive Plan for Reston: "To bring people together."

"To have these real conversations about these real issues," Alcorn said. "To hear everyone's concerns. Frankly, with the Task Force, (it was) to give them the pen."

On Jan. 14, 2020, the Board of Supervisors approved a Board Matter by Alcorn to form a committee to draft the Reston Comprehensive Plan Study's Interim Recommendations. Since May 2020, the Task Force Committee has worked closely under Alcorn's chairmanship with Fairfax County staff to create a roadmap for Reston's next stage in its community timeline. The recommendations, according to Alcorn, strike a balance between existing and projected growth, infrastructure, and the environment to create One Reston.

According to Alcorn, the first part of One Reston is suburban, the Planned Residential Communities (PRC). They are Reston's most established and internationally renowned communities, many formed under the "seven guiding principles" of Reston's founder, Robert E. Simon. 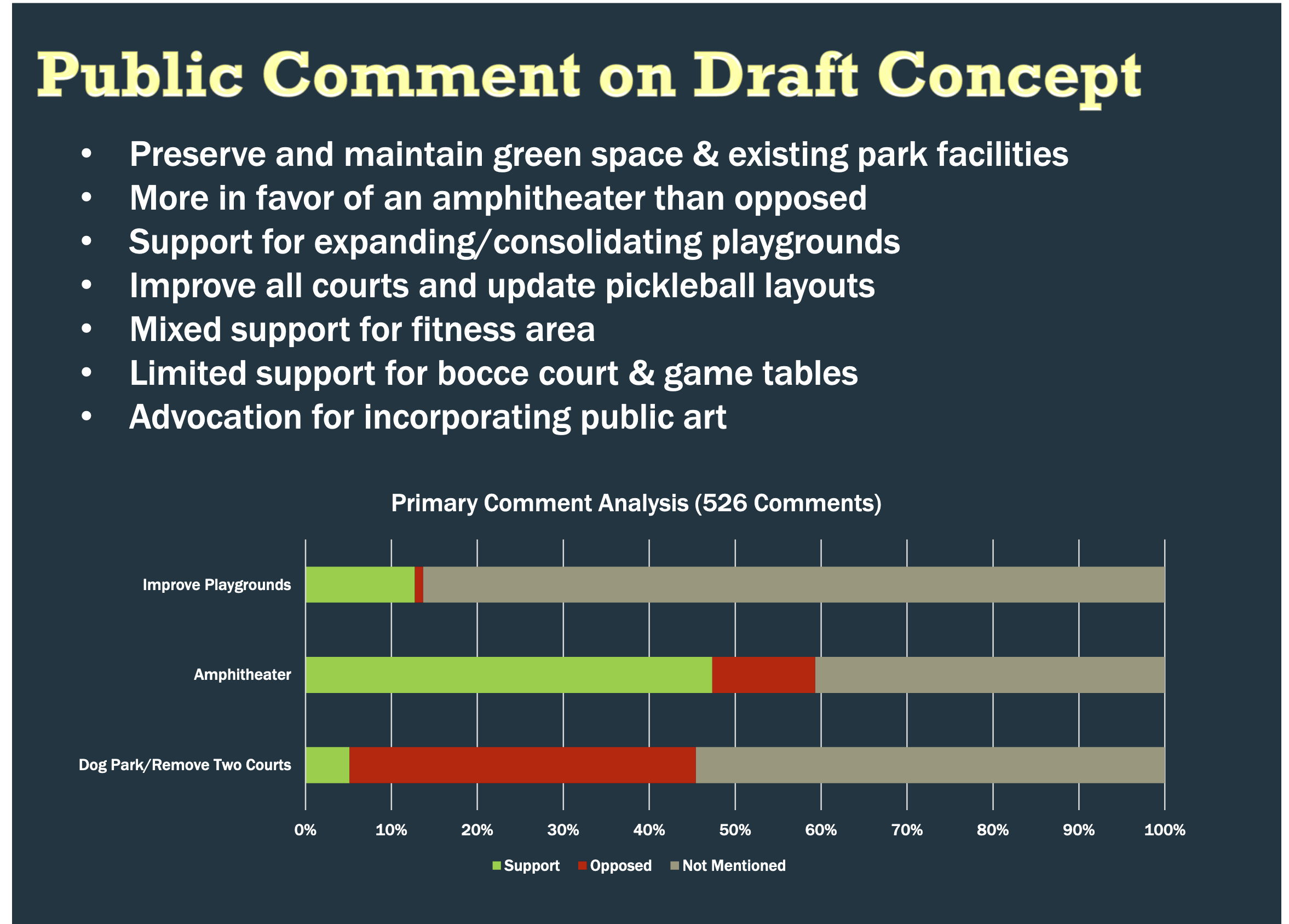 "I wouldn't say there's no down planning in the Interim Task Force's recommendations, but it is very specific," Alcorn said. "The older village centers, specifically North Point, Hunters Woods, and South Lakes … still have some density that was a holdover from literally the 1960s. … I would even call these a cleanup of a few areas in the Comprehensive Plan where there was density that was not addressed five or six years ago. St John's Woods is one of those places."

Reston Town Center Transit Station, is the second sector of One Reston. In addition to density not being addressed in the Planned Residential Communities, Alcorn said that another area he was sure would end up "with a lot of controversy, or at least discussion," was Reston Town Center North in the RTC.

"The current Comprehensive Plan talks about a minimum of 1000 units. The Task Force uses a more traditional formulation of the maximum number of units in Reston Town Center. I guess you could call that ‘down planning,’” said Alcorn.

The proposed Plan demands that Reston's ethos continue to be, as stated in its unabridged version, "committed to promoting racial and social equity and removing barriers that perpetuate injustice in our society."

Equity is named as one of the 14 areas in the Feb. 4, 2022 version of the plan. "The recommendations in the 2022 Reston Comprehensive Plan are meant to recognize, protect, and guide this harmony-in-the-making as One Reston moves toward full build-out," the document says.

Two areas, population, and earned density, that are not in the Interim Recommendations, are still important background pieces, Alcorn said. Earned density, he said, is the idea that developers should be expected to earn their density to the maximum amount allowed in the Comprehensive Plan. According to Alcorn, how that would be done, and the criteria are being discussed.

As for population, county staff and Reston Association came up with a range of what Reston's population would look like if all the density allowed for in the current Comprehensive Plan were built out. "Theoretically 127,000 to 157,000 people," said Alcorn. According to the U.S. Census, in 2020, Reston’s population was just over 63,000.

According to the Reston Areas Study Timeline, from Sept. to Oct. 2022, the  County Planning Commission and Board of Supervisors are scheduled to hold public hearings and more than likely will hold votes on the matter. Yellow t-shirts, worn by those in 2019, may be tucked away in drawers. The question is, will they be seen again?