‘She Loves Me’ in Arlington and Alexandria
Votes

‘She Loves Me’ in Arlington and Alexandria 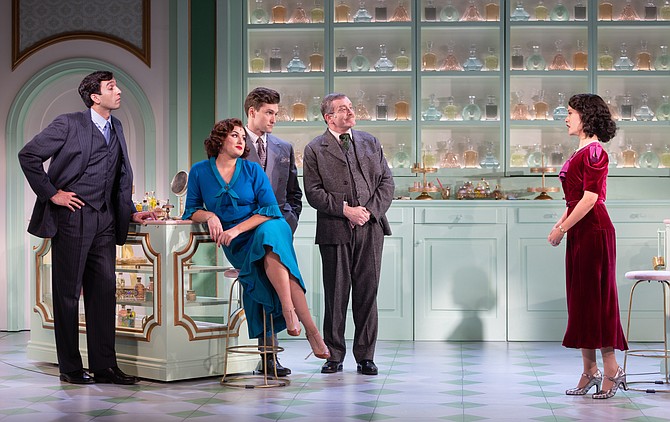 Sparring endlessly by day while trading love letters by night, the race for romance is on as the romantic comedy “She Loves Me” brings together star crossed lovers in the classic musical delight now playing at Signature Theatre. 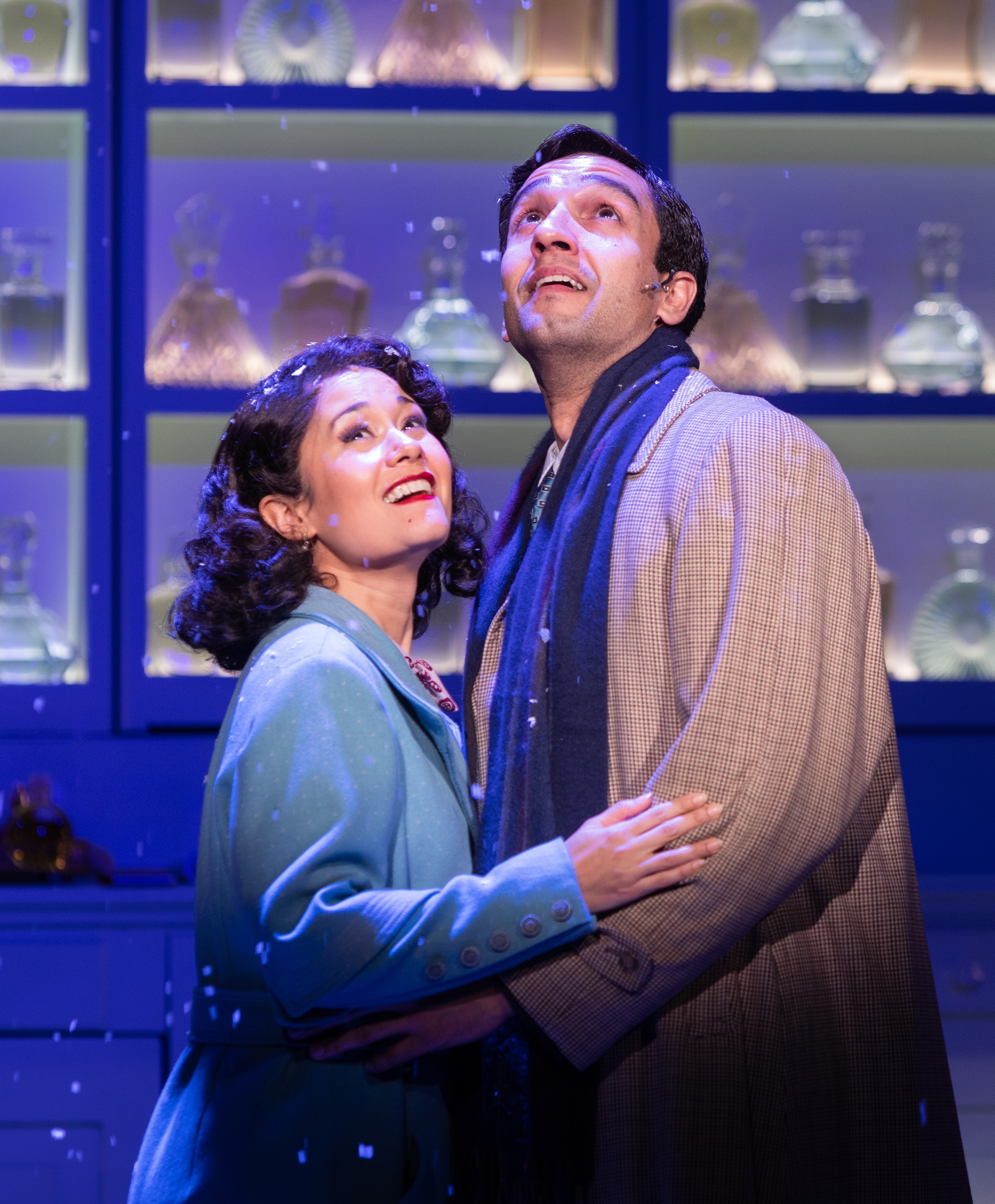 Ali Ewoldt and Deven Kolluri in the Signature Theatre production of “She Loves Me.”

If the story sounds familiar, it is. With a book by Joe Masteroff, lyrics by Sheldon Harnick, and music by Jerry Bock, “She Loves Me” is the third adaptation of the 1937 play “Parfumerie” by Hungarian playwright Miklós László. It follows the 1940 James Stewart-Margaret Sullavan film “The Shop Around the Corner,” the 1949 Judy Garland-Van Johnson musical version “In the Good Old Summertime,” and the 1998 Tom Hanks-Meg Ryan feature film “You've Got Mail.”

Reminiscent of the golden age of movie musicals, the plot revolves around Budapest shop employees Georg Nowack and Amalia Balash who, despite being at odds with each other at work, are unaware that each is the other's secret pen pal.

Ali Ewoldt and Deven Kolluri lead a dazzling ensemble cast that is expertly directed by Matthew Gardiner. Ewoldt and Kolluri have a palpable love-hate chemistry from the start with Amalia’s effervescent personality a contrast to Georg’s jaded exterior.

Ewoldt is a petite powerhouse whose flawless soprano fills the theater in "Will He Like Me?" and the show-stopping "Vanilla Ice Cream."

As Georg, Kolluri wins hearts with his subtle transformation from a cynical co-worker to tender beau culminating in the show's signature tune "She Loves Me."

The performances are perfectly executed by the ensemble cast and augmented with an orchestra under the direction of Jon Kalbfleisch.

The vibrant choreographic skills of Kelly Crandall d'Amboise are a highlight of the show, particularly in the frenetic and perfectly synchronized chaos of the "Twelve Days to Christmas.”

Scenic Design by Lee Savage captures the Art Deco style of the 1930s as does the Costume Design by Alejo Vietti and Lighting Design by Adam Honoré.

The original musical premiered on Broadway in 1963 with subsequent productions in the West End in 1964 and revivals on each side of the Atlantic in the 1990s. She Loves Me was revived again on Broadway in 2016, and the production became the first Broadway show ever to be live-streamed.

Gardiner and the Signature cast and crew deliver a modern take on the romantic classic tale that, while it may be delayed, love does conquer all.

“She Loves Me'' is playing now through April 24 at Signature Theatre, 4200 Campbell Avenue, in Arlington. For tickets or more information, visit www.sigtheatre.org or call 703-820-9771